The push for progress in Wapato: ‘We want to make sure the town can grow’

As Hispanic Heritage Month begins, "Facing Race" examines strong bonds and unique challenges in Wapato, an area with one of the state's largest Hispanic populations. 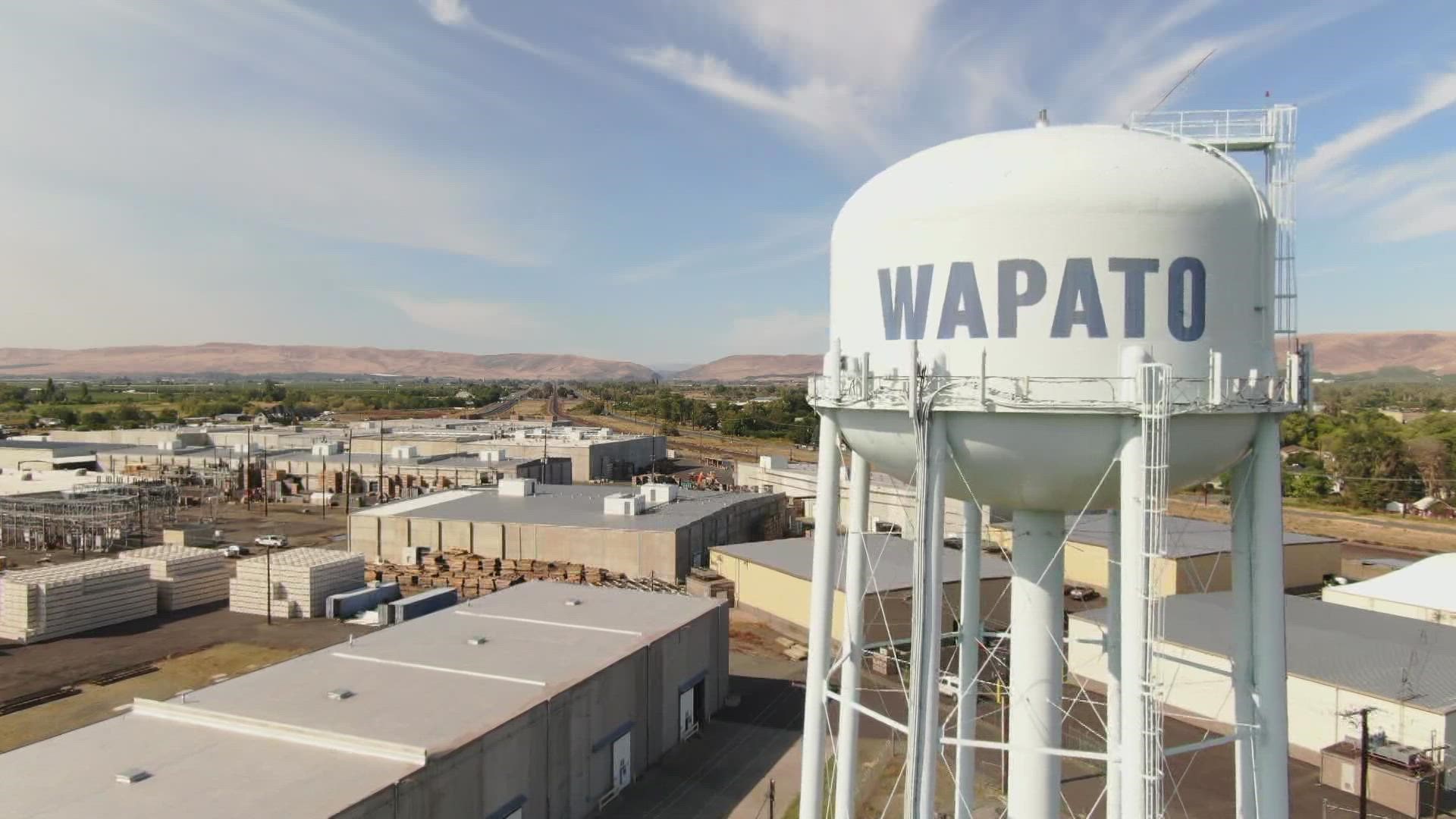 WAPATO, Wash. — Recent census figures show that in Seattle the Hispanic population is less than 7%, but in Wapato, the number is about 80%.

Wapato, in lower Yakima Valley, has roots rich in Hispanic heritage. It is also a small farm town that's had more than its fair share of big scandals.

“The community was slowly just drifting away from each other,” said Fidel Negrete, co-owner of Fiddle’s Coffee House and Juice Bar in Wapato. "It is important that everyone see that there is potential in this town. We can be something bigger."

Negrete wanted to open the coffee shop because he saw the need for more businesses in Wapato.

“When you look at the photos of what this building used to look like, you saw it was destroyed. The building just needed some care and some love,” said Negrete. "It just showed that this town needed to have something to grow, especially after going what it went through. It left the town broke pretty much.”

Negrete is talking about what happened at city hall. A state audit found years and years’ worth of evidence of city money missing to the tune of more than $300,000.

RELATED: Hispanic Heritage Month kicks off | A look at how it all started

“People got tired of the bad headlines,” said Jesse Farias, a city council member and former mayor in the city of Wapato.

Farias says people took matters into their own hands.

“They formed a group and petitioned the attorney general of the state of Washington and the prosecuting attorney of Yakima County. ‘You need to come down and help us. We are in trouble.’ And they did come down and help,” said Farias.

In 2019, the state stepped in with a complaint against the city of Wapato for violations of Washington's code of ethics for municipal officers. Changes were made to implement tighter controls for city funds, but today Wapato is still rebounding.

“One of the biggest issues is how do you bring economic growth to the community,” said Farias. “We still have quite a few empty buildings."

Less than 20 miles away, in Granger, is KDNA 91.9 FM, a radio station focused on helping the people of Yakima Valley, according to Elizabeth Torres, research project coordinator for Proyecto Bienestar by Northwest Communities’ Education Center, Radio KDNA.

“We are here announcing, putting (on) PSAs. If you guys are looking for clothes or supplies or help, give KDNA a call,” said Jaime Peralez, who hosts The Puro Tejano Show at KDNA.

Torres says the radio station also tackles topics like COVID-19 because it has had such an impact in Yakima Valley.

“I mean at one point when COVID started, we were kind of like the red zone for a while,” said Torres.

“People realized, like, it was getting serious,” said Negrete.

“We had family members that passed away because of COVID,” said Peralez.

Luis Alvarez lives with his family in Sunnyside, and they travel to farmers markets in Yakima Valley to sell what they harvest.

“It is hard working out here in the farm,” said Alvarez.

He says the situation became much worse for his family last year.

“Our whole family got infected by COVID-19 in May, and it was really hard during those times,” said Alvarez.

Efrain Martinez knows about that community because his parents were part of it, and from a young age he was working on the farm right beside them. Today he's running Fiddle’s Coffee House and Juice Bar with Negrete. It is a business they started right before the pandemic hit.

"It did slow down quite a bit. Like a lot,” said Negrete.

They have been able to push through the slow times. Their focus now is on their community's future.

After nine years of knowing each other, they have become partners in business and partners in life.

"I think we like to paint a better image for people to see that it is not what they think of stereotypes, especially for Hispanics and Hispanics being part of the LGBT community,” said Negrete. "Me and Efrain talk to a lot of people every day. And they get to connect with us."

They let people know they are a couple committed to helping their community.

"Like progression to keep changing and keep growing and caring for one another,” Martinez explained. "In five years, I do hope that a lot of these boarded buildings are actually already new businesses."

“We want to make sure the town can grow,” said Negrete. “That’s what I want future generations to see.” 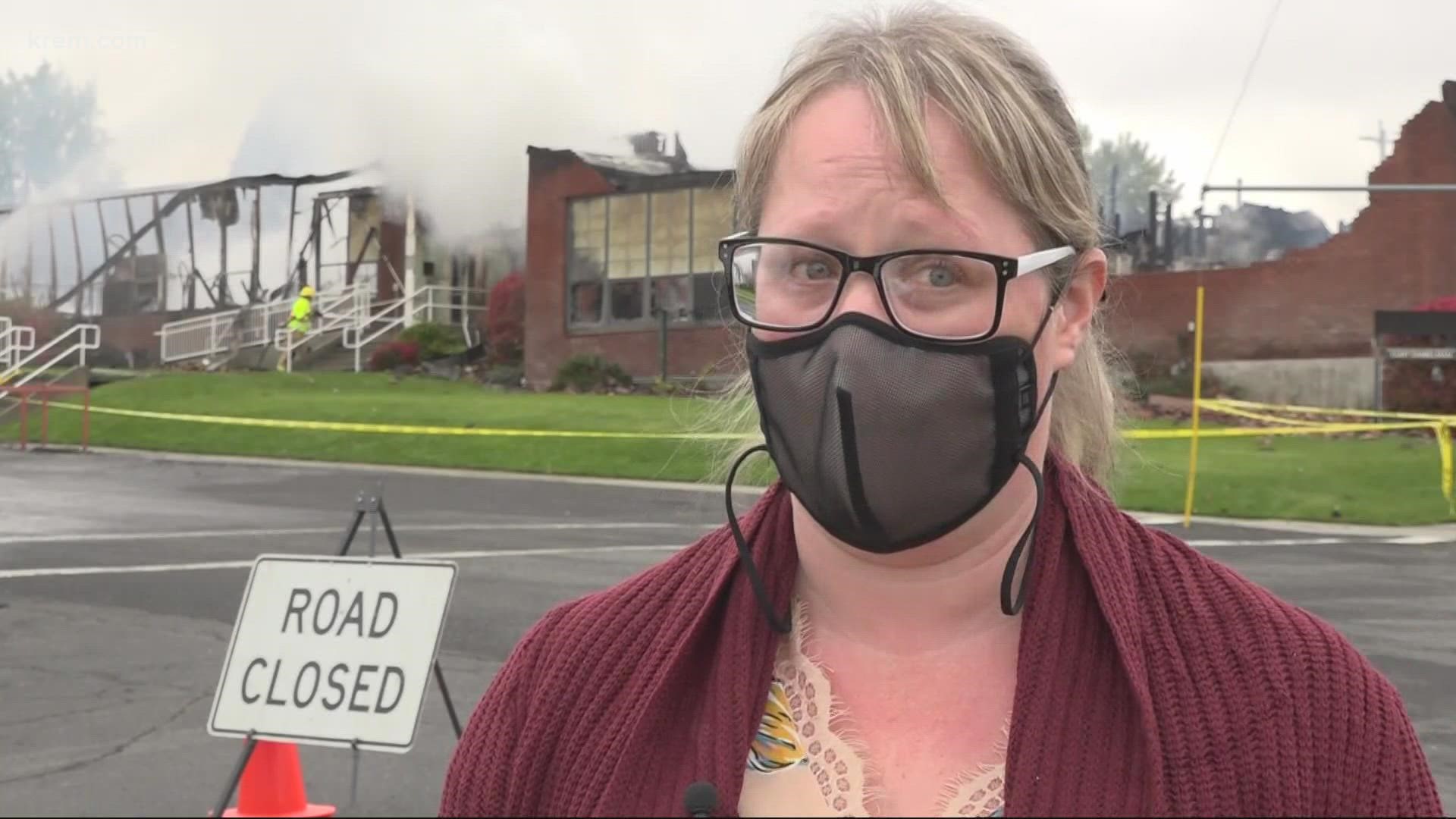 Almira School: 'the heart and soul of the community'