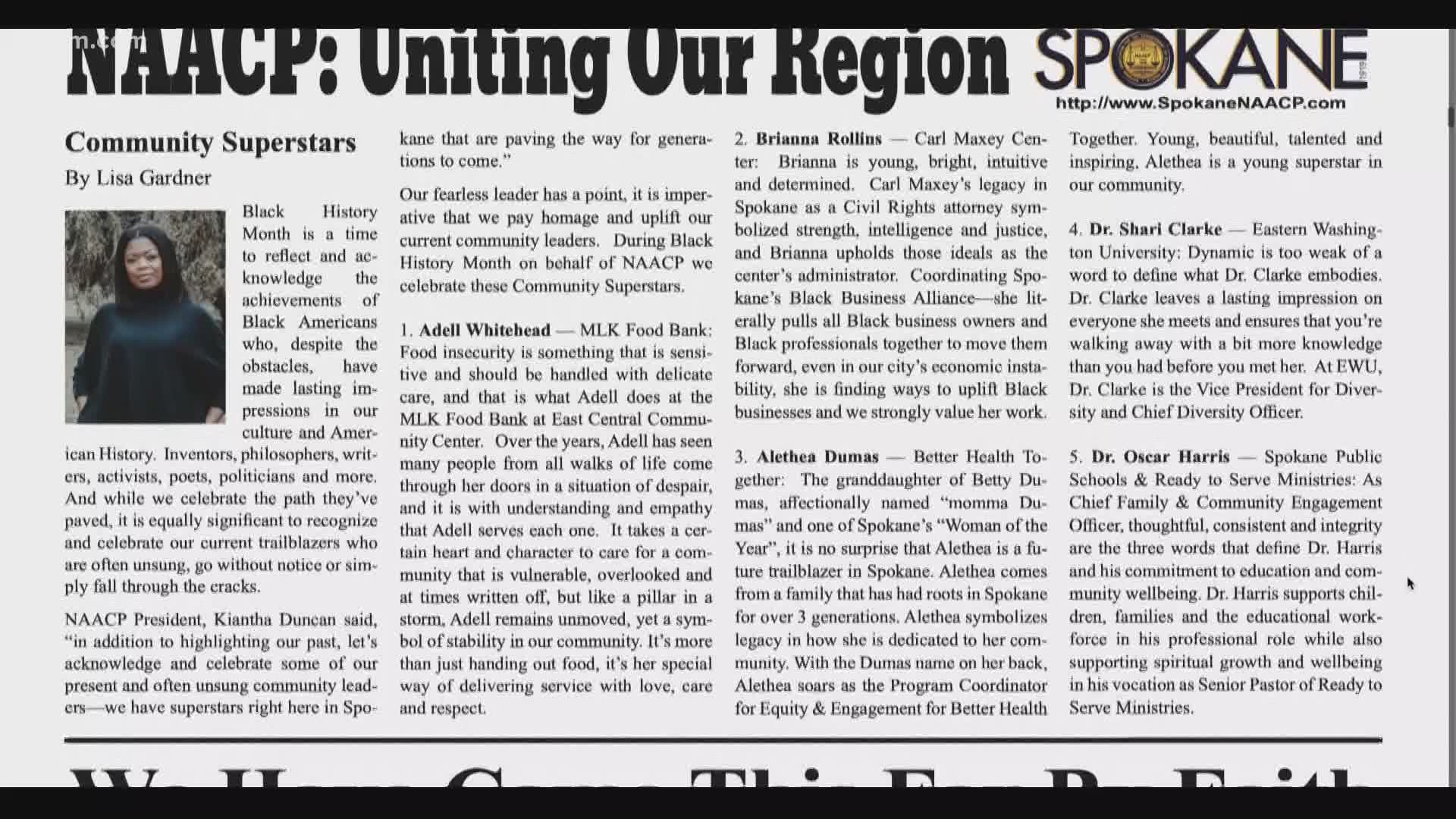 For starters, the country is coming off a year that featured one of the largest civil rights movements in recent history. At one point, there were weekly protests where activists pushed for racial equality.

Spokane doesn’t have a large Black community, but what it lacks in size is made up for by the quality of people and the positive impacts they have on the community.

The Black Lens newspaper has amplified voices in Spokane for six years. Every February, Sandra Williams takes pride in each issue as the founder and editor of the local paper.

“Sometimes it can feel a little isolating in Spokane to connect to the larger Black community so I try my best to find out some things that are going on,” Williams said. “Not just locally, but around the country, and help us connect to those things.”

With a schedule that constantly keeps her moving, she somehow finds a way to capture untold stories while also shining a light on people doing important work.

“The NAACP did a good story where they’re highlighting local Black people,” she said.

A lot has happened since last February.

First, a pandemic shut down the world in March. George Floyd was killed a few months later.

Black Lives Matter turned into a conversation that shook Americans into taking a closer look at what justice means in the country.

“We came through what I call a long dark winter for the Black community in particular,” Williams said.

She went back and forth about what her front page should include in this latest paper. A new President was sworn into office last month, but it was Amand Gorman's poetic message that resonated with this issue the most.

February is about honoring the people that helped build our country.

Even through 400 years of slavery with 100 more years of segregation and Jim Crow, perseverance and strength describe the black experience.

“That’s what’s important because that’s the legacy we came from,” Williams said.

Support for Black Lens continues to grow throughout Spokane and a new issue is released monthly.