The Spokane Valley Fire Department said a fire in a grow room self-extinguished and no one was injured. No damage estimate has been made. 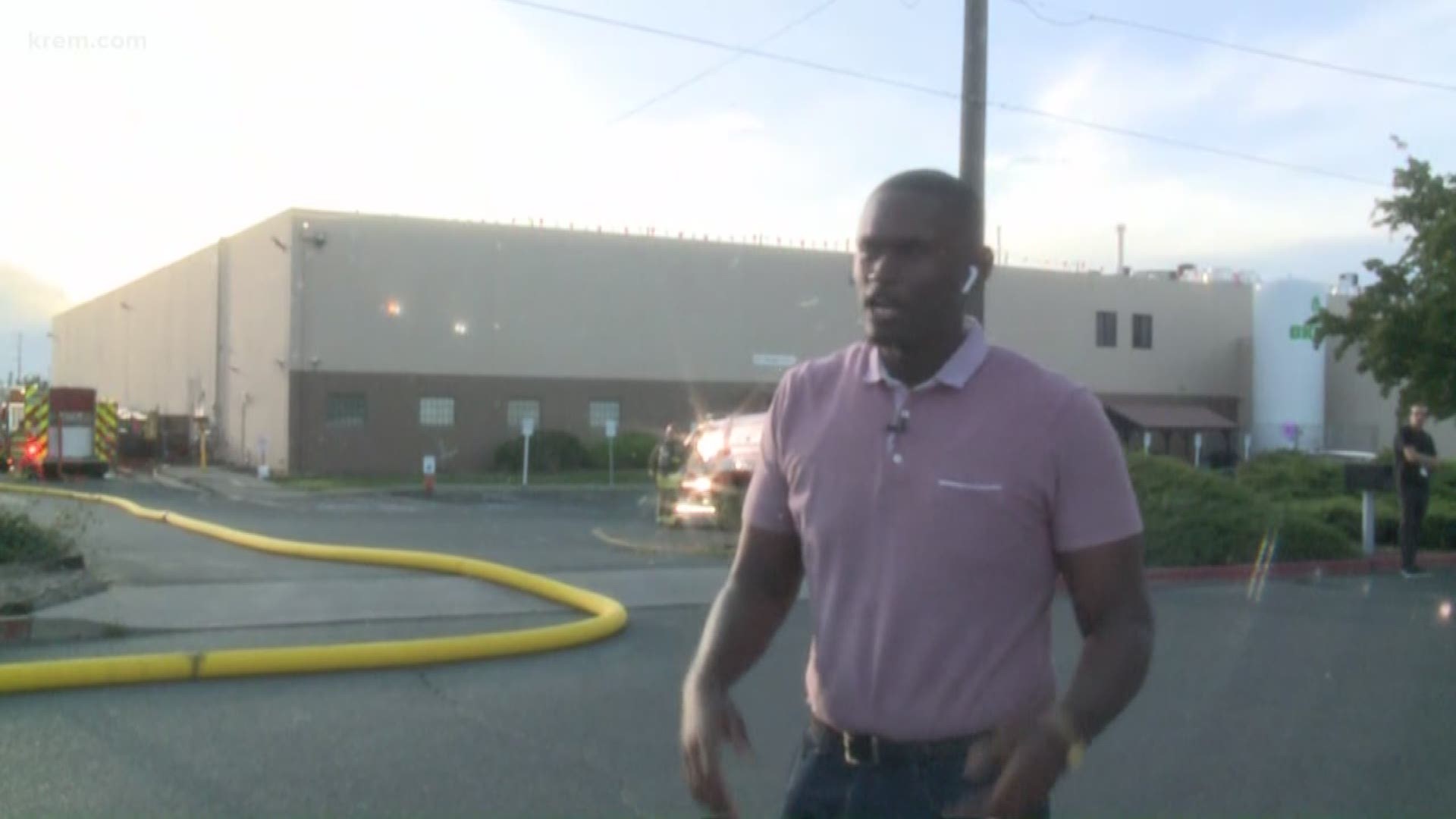 According to the fire report, the fire was caused by an "HID bulb that malfunctioned and exploded, dropping hot molten metal onto the polyethylene material below." A fan then blew some of the molten metal onto an adjacent grow platform, which the report says was where most of the fire damage occurred.

The fire caused approximately $300 in damage and was ruled an accident.

According to the Spokane Valley Fire Department, the smoldering fire self-extinguished in a second floor grow room on Saturday. The fire never got big enough to set off the building's sprinkler system, SVFD said.

The fire didn't spread to the roof and 80 employees were successfully evacuated without injury, according to SVFD.

Eleven fire trucks and approximately 25 firefighers responded to the fire, they said. One engine, one ladder truck and a battalion chief from the Spokane Fire Department also responded.

The last of the crews remained on scene for about two hours, SVFD said.

No firefighters were injured, they said.

It is unclear if any plants were caught in the blaze.

RELATED: That pot brownie may be stronger than you think