The recent legislation extended the Motion Picture Competitiveness Program until 2027 and has allowed the industry to continue to grow. 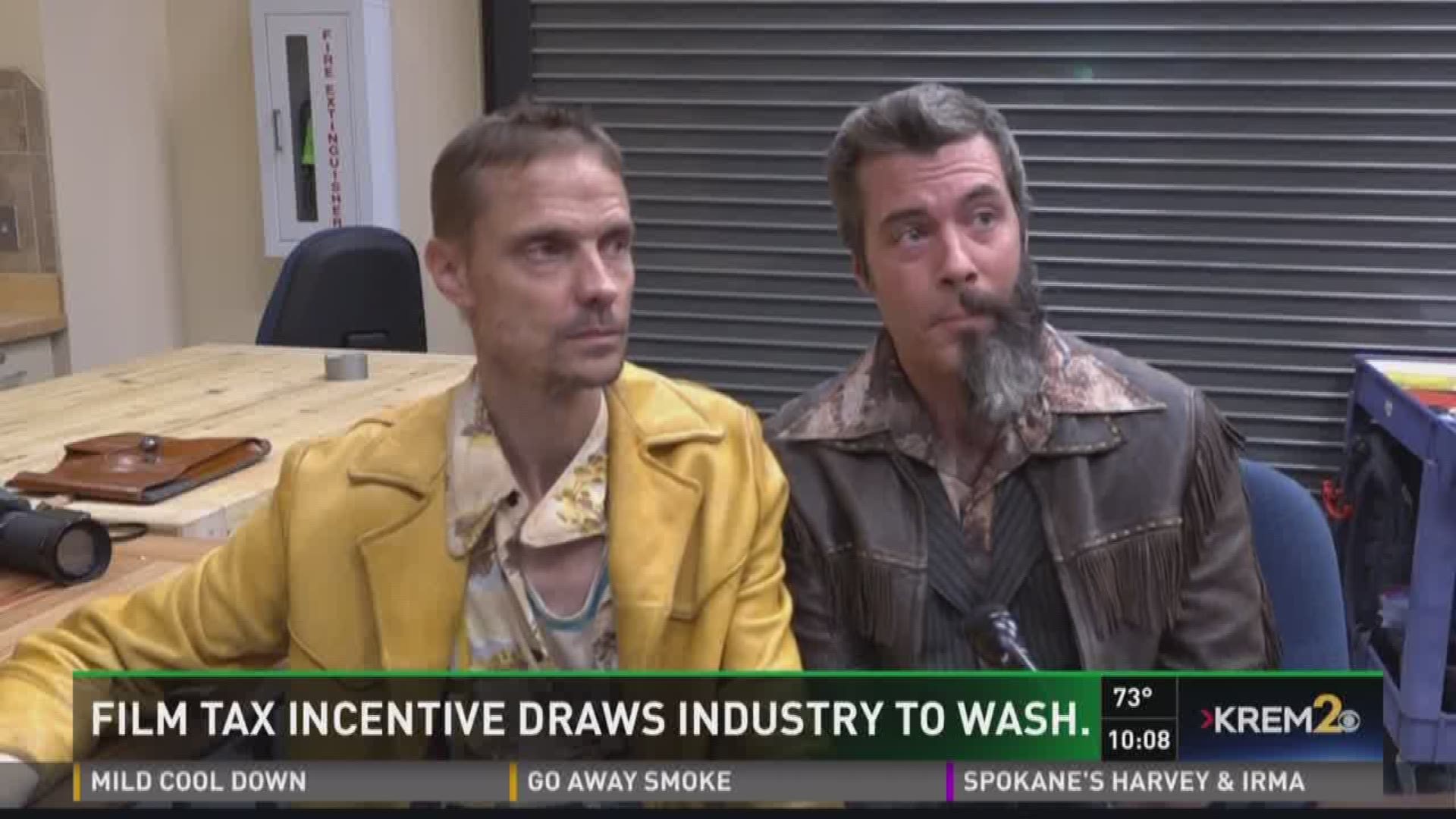 TV shows like Z Nation. The zombie apocalypse's cast and crew once again have taken over Spokane.

Z Nation is just one of the many parts of Washington state’s film industry. The industry is said to bring millions of dollars to the state each year, create jobs and give an economic boost to local businesses.

The recent legislation extended the Motion Picture Competitiveness Program until 2027 and has allowed the industry to continue to grow.

Z Nation creators, cast and crew are in town shooting season four of the hit Syfy channel show. Show creators said they are here for a concise list of reasons.

“We came for the incentive and stayed for the location and the crew,” Executive Producer Karl Schaefer said.

Schaefer is the man behind all the TV magic for Z Nation. He said there is no way the show would be able to film in the Evergreen State without help from the state legislature.

The state's ten year extension for film tax incentives grants film and TV producers financial help from the state if they shoot in Washington and employ its residents.

So, Z Nation creators set out to employ Washington residents. One of them is local state representative from District 3, Marcus Riccelli.

“I'm taking this real seriously. I mean this is a fun opportunity but also I don't want to look like the only person who doesn't know what they’re doing,” Riccelli said.

Explaining to .@KREMAlexa my creative get out the vote strategy with the undead. #znation pic.twitter.com/gBC2z3GEht

Riccelli was one of the sponsors of the bill pushing for film tax incentives.

“This means jobs and economic development,” the State representative said.

Producers of the zombie show agree, the state of Washington has a lot to offer in creating their TV show.

“You can play anywhere. It can be urban, it can be rural, it can be industrial,” Jody Binstock, Z Nation Co-Producer, said.

Several places around Spokane have served as the backdrop to Z Nation landscapes. However, filmmakers said it is not just the diverse landscapes that are inviting, it is also the people.

There are around 90 cast and crew regularly working on Z Nation and a majority of them are from the state of Washington.

In the end it's really about giving people the opportunity to work. Two of the shows characters, Sleezy and Sketchy, are played by actors Doug Dawson and Mark Carr. Dawson is from Spokane and Carr is from Seattle.

"It's great. I am actually from Spokane so when our episode rolls around each season I'm working right from home, I'm staying in my own bed getting professional work so it's fantastic,” Dawson said.

"You know the film incentive is a massive boost for the economy around here and for people who like us who have sort devoted our lives to this art form,” Carr said.

The massive economy boost will continue as filming for season four of Z Nation is set to wrap up at the end of September.