“It’s an army of small investors with a lot of moxy, and to be honest, they’re probably buying it with their stimulus check." 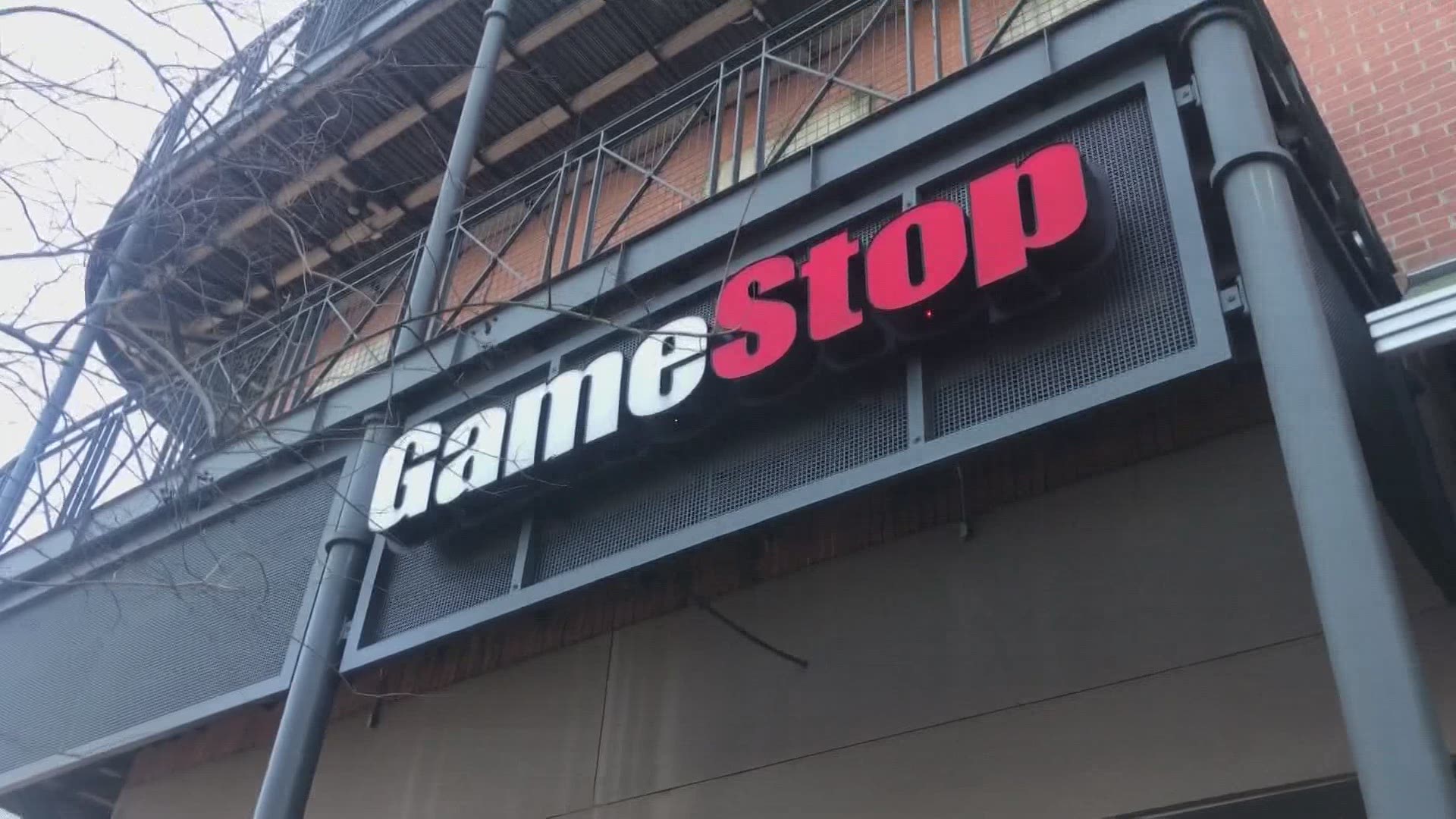 NEW ORLEANS — If you pay any attention to what's going on in the stock market, you've no doubt come across a lot of chatter about the company Gamestop. It’s turned into a battle between small investors on the social media website Reddit and Wall Street’s big investors.

Vance bought them early and sold four after Christmas. He didn’t expect the stocks to skyrocket.

He only kept one share and sold it Thursday morning.

He’s not sure why the didn’t get what he expected, but it still happy to have a few extra hundred bucks.

It’s been a hot topic in his classroom.

“They wanted to talk about Gamestop,” he laughed.

Here’s what happened. Gamestop has been struggling, selling stock for less than $20 a share. Big investors starting ‘shorting’ the stock, meaning they would make money if the price dropped even more.

Reddit users saw an opportunity and encouraged small investors to buy stock in Gamestop, driving up the price.

“Just these few people decided to shake the system and they made the stock market go up,” Vance said.

Ricchuiti said many of these new stockholders are young and they aren't investing much.

“It’s an army of small investors with a lot of moxy and to be honest, they’re probably buying it with their stimulus check,” Ricchuiti said.

“I think making money for a lot of these people was secondary, it really was sticking it to these billionaires,: Ricchuiti said.

It caught the attention of the White House. Thursday, House Speaker Nancy Pelosi said the Biden administration is looking into Gamestop’s rise in the stock market.

“We'll all be reviewing it. but interesting, it's interesting," Pelosi said.
So, should you jump on the trend? Ricchuiti doesn’t suggest it.

“I would sit on the sidelines enjoying the view. It’s just too crazy,” he said.

Online trading platforms including Robinhood, said Thursday they will restrict trading in Gamestop and other stocks like AMC and Bed, Bath and Beyond that are soaring due to smaller investors.

Robinhood posted several updates on their site today that allude to the market volatility and requirements they have to meet to protect their investors.

► Get breaking news from your neighborhood delivered directly to you by downloading the new FREE WWL-TV News app now in the IOS App Store or Google Play.

‎New Orleans News from WWL
‎Stay up-to-date with the latest news and weather in the New Orleans area on the all-new free WWL TV app. Our app features the latest breaking news that impacts you and your family, interactive weather and radar, and live video from our newscasts and local events. LOCAL & BREAKING NEWS * Receive r...