The tournament is usually Spokane's biggest tourism event of the year, bringing in $12 million in revenue. 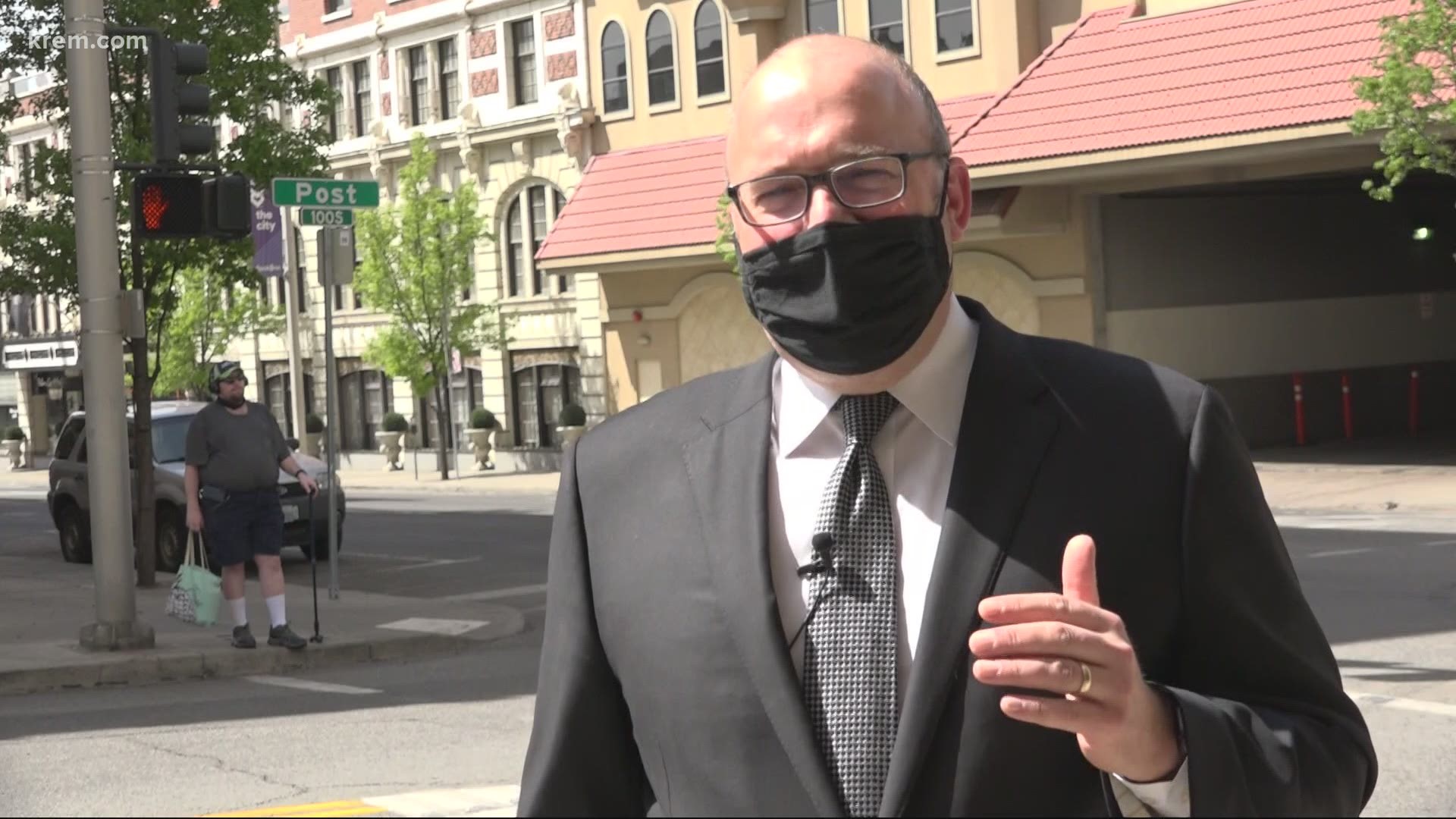 The Pacific Northwest Qualifier volleyball tournament is set to begin next weekend after being canceled in 2020 and rescheduled from this March due to the COVID-19 pandemic.

The tournament - the largest in the region - is usually the city's largest tourism event of the year. According to Visit Spokane, the tournament brings in $12 million in revenue for local businesses, as well as more than 15,000 visitors and 15,750 room nights, which is a count of how many rooms are occupied for how many nights.

Even with event organizers saying that a little less than half the normal number of teams are taking part this year, it is a welcome sight for the hospitality industry.

"One word, 'hooray.' It's here, it's coming. We're so excited, its been rescheduled from March to May and we're just, we can't begin to say how happy we are that its coming back to Spokane," said Matt Jensen, Corporate Director of Sales and Marketing for Davenport Hotels.

The moment of relief came when Governor Jay Inslee announced on Tuesday that all counties in the state would be under a two-week pause in their current phase.

"We're actually quite relieved that we didn't get rolled back into {Phase 2," Hudson said. "We were really looking forward to the PNQ, and the financial impact that it'll make, even if it's smaller than it is in normal years. We'll take what we can get, so it's great news."

It has been a tough year for Spokane hotels, restaurants and other businesses. Major events like the PNQ, Hoopfest and Bloomsday have been forced to cancel or go virtual. This has led to millions in lost revenue for local businesses.

But with the PNQ coming back, there is hope for the industry.

"I certainly hope this means we're getting back to normal. It's been a long 14 months here," Jensen said. "So yeah, this is a very good sign for us. We also hope this is  momentum that will carry us into the summer and into the fall."

Another event is also drawing visitors to Spokane this weekend. Gonzaga University is holding an in-person graduation at Mead's Union Stadium this Sunday. Between the graduation and the upcoming weekend of volleyball tournaments, Jensen said the Davenport is hiring to meet the demand.

For the industry as a whole, the hope is that this is just the beginning of Spokane's comeback.

"We're so happy and relieved that it's happening and that it can happen safely," Hudson said. "So we have high hopes for recovery. This is kind of the kickoff of the recovery season for Spokane County."