‘We have it all’: Major Riverfront Park projects slated for spring, early summer completion 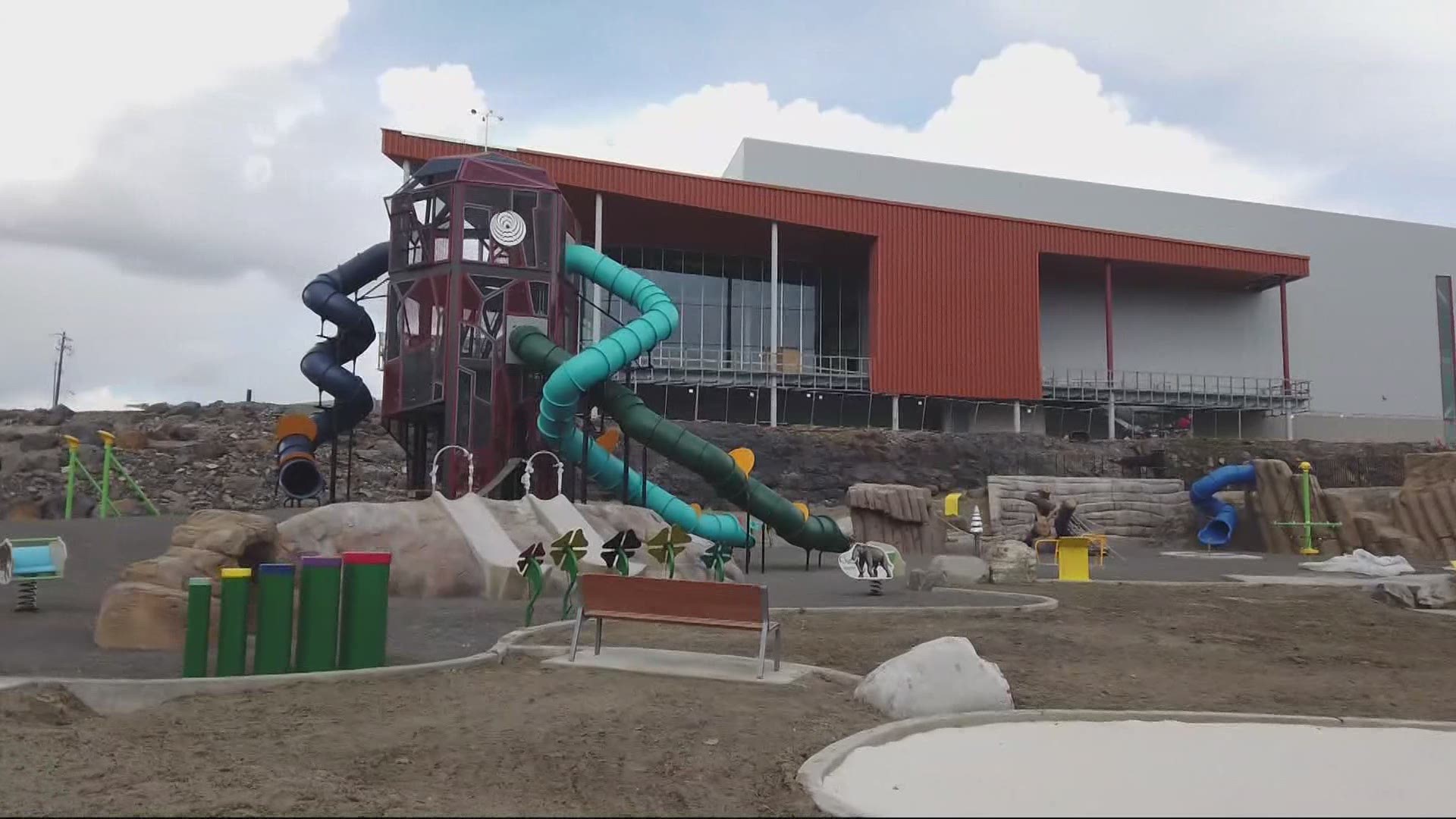 SPOKANE, Wash. — Construction on the north bank of Riverfront Park has been a work in progress over the last two years.

The project is finally wrapping up and it’s bringing several new amenities, including the Ice Age Floods playground that's inspired by the geological events which shaped our region.

“What you’re going to find in this playground is a little bit different,” explained Spokane Parks and Recreation Director Garrett Jones.

“So late spring, early summer 2021, this site behind me will be opened up to the public,” said Jones. “It’s really the biggest transformation in the redevelopment project.”

The splash pad that's being built will be the first of its kind. Water jets will be shooting from the ground surrounded by boulders similar to what existed during the floods.

“We have it all. Traditionally it was just a dirt parking lot,” Jones said.

There will also be a brand-new basketball court, which will be a vital location for Hoopfest moving forward. Six hoops will be featured on the 10,000 square foot court.

The Wheels Park will replace a skate park that was previously removed. This is for things like skateboarding, rollerblading and bikes.

The design includes a flat bar and two bowls which go along with the geological theme.

“We started the master plan process in 2012 and this is the last of the five big projects a part of Riverfront Park,” Jones said.

The project will be completed just in time for the changing seasons. There’s also going to an updated parking lot and four completely new family-style restrooms.

“COVID put so much emphasis on our parks and open space,” said Jones. “It was an outlet for our public. Something to do and something to enjoy their families safely.”