A Spokane Valley woman says she's been trying for weeks to sign a new lease. If she doesn't get a new one soon, she'll have to pay month-to-month. 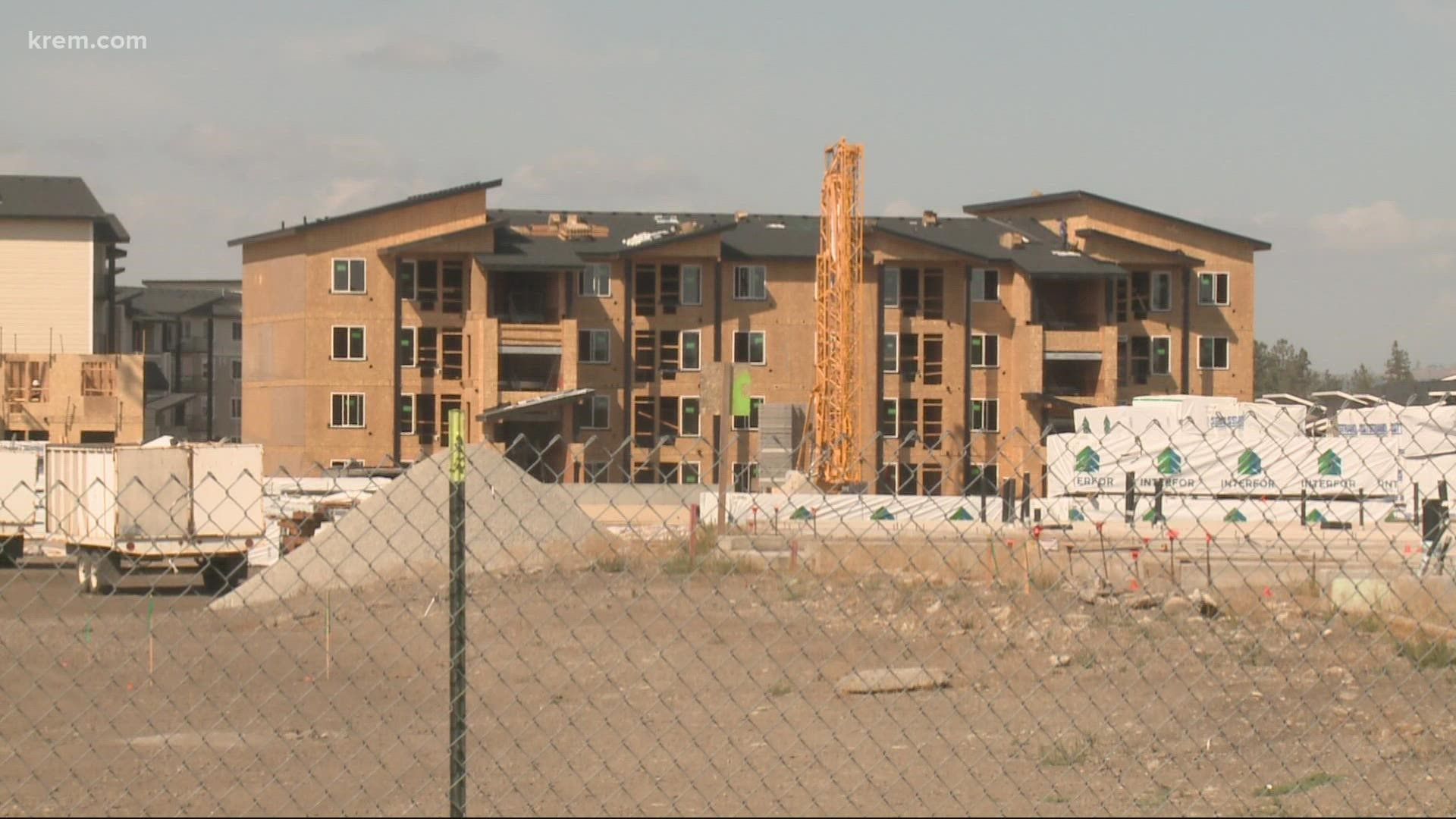 SPOKANE VALLEY, Wash. — Sarah Pengilly and her family have been living at the Bella Tess apartments in Spokane Valley for over a year. But at the beginning of August, Pengilly said she received a letter from the management company, Greystar, saying that it was time to renew her lease at a much higher price.

"If we were to renew between the first to the 15th of August, it was 1919, something I don't remember off the top of my head," Pengilly said. "And then if it was after that it was just going up. If we would have stayed a month to month, it would have gone up over $1000 extra a month."

Pengilly said their rent was around $1,600 per month when she initially signed her lease but when that lease was up back in March, the complex offered them a month-to-month option, which has them paying almost $2,000 per month.

"We're still month to month, even though I sent an email and I've tried getting hold of the management and got the runaround for the last couple of weeks," Pengilly said.

Pengilly said she's tried to re-sign a lease to save her family some money and stress but after weeks of trying, she still hasn't received any response from the management company.

Terri Anderson is the Spokane director for the Tenant's Union of Washington State. She said their office has heard from many tenants who have similar complaints.

"My concern is that the reason that's being done is that there was a new law that was passed just in this last session that gives tenants on a month-to-month rental contract just cause protections and that means they cannot be evicted without a just cause," Anderson said.

Anderson said just because these protections are in place to help renters, that doesn't mean that some landlords and rental companies won't try to find a workaround.

"So when the state enacted just cause landlords were able to get an amendment that allows fixed-term tenants to be terminated without cause at the end of a fixed-term lease," Anderson said. "This sounds to me like the tenants are being coerced or pressured into signing a fixed-term lease. So that gives the landlord the option of ending it without cause. If the tenant were to choose the month to month, then they would be protected under this new law. Obviously, that's not a good choice to have if you have to pay that kind of rent."

It's a tough situation to be in, but Anderson said renters still have some options such as calling local and state politicians, reaching out for legal representation through Clear and even forming a union at a complex.

"We are holding tenant meetings and organizing tenants who want to get involved now before the state legislature," Anderson said.

If a resident is concerned about making an upcoming rent payment, Anderson said now is the time to apply for rental insurance.

"Even if they aren't taking applications, you need to get your rental assistance application in," Anderson said. "If you have to take a screenshot of it or have someone take a photograph of you clicking the button, whatever it takes. If you have to fill out a paper application and mail it to have somebody take a picture of you mailing it, because under the bridge order as long as you have applied for U.S. rental assistance, then you cannot be evicted to the end of September and that would keep people protected."

We reached out to the management company for Bella Tess, Greystar, for a statement and they provided the following: