WSDOT adding more ramp meters, extending hours at others in Spokane: What to know

While on-ramp meters have been a polarizing topic so far, the Washington State Department of Transportation says it has observed smoother merges with the meters. 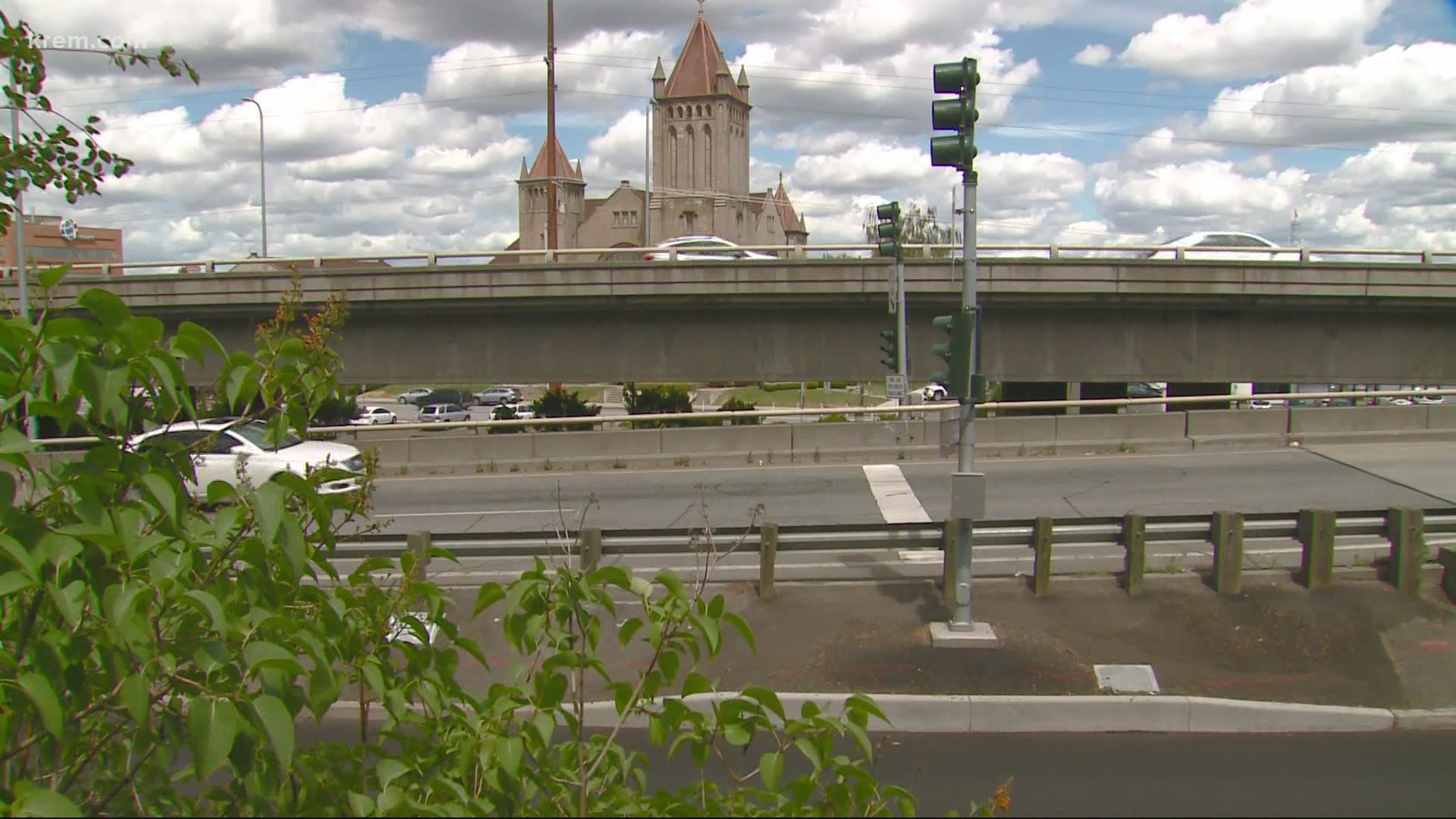 Spokane County already is home to six of the meters, with all but one of which being activated in mid-April of this year. The other meter at the Highway 195 to eastbound I-90 on-ramp has been active since 2019. So far, their presence has been polarizing.

"I think there's some benefits to them, but I think it causes some traffic jams on the ramp and I've seen that there's been some angry people in other cars toward each other, on whether who gets to go first kind of thing," said a local driver named Ashlee.

"I don't know if it really helps or doesn't help," said Donavan Driscoll, another local driver.

The primary goal of the meters is to prevent collisions while merging onto the highway. Easing congestion on the highway is a secondary goal, according to WSDOT.

Maintanence crews with the DOT reported smoother merges and less congestion as soon as the first week of use, according to WSDOT Traffic Engineer Manager Glenn Wagemann.

"We've also seen I-90 traffic flowing more smooth, free flow, or not necessarily free flow, but we don't see the the brake lights come on, people move over to the left," Wagemann said. "So the commute on I-90 where the largest volume is, seems to be more stable and a lot more enjoyable to drive."

Wagemann said it takes WSDOT about three years to gather enough data to graph trends and determine the effectiveness of the meters. He added, however, that the department has noticed safer merges and less congestion through camera placed at different points on the on-ramps.

There is one on-ramp with enough data to investigate effectiveness; the on-ramp that takes drivers from Highway 195 northbound onto I-90 eastbound. According to Wagemann, the number of injury collisions at that on-ramp dropped from seven to zero in an 18-month window.

Wagemann also said feels on the meters are a matter of perspective.

"It's a matter of perspective," he said. "If you're on the local street and you're getting on the ramp, you will be delayed. So, it is a change. But the goal is so that you get onto the freeway in a safer manner and that you have a less probability of getting in a collision up on top."

No matter what those locally feel about the on-ramp meters, more are on the way. WSDOT will be installing ramp meters on each of the eastbound on-ramps at the Geiger roundabout once it is completed. A meter will also be installed at the on-ramp taking drivers from US Highway 2 onto eastbound I-90 in Airway Heights once it opens.

There's also a change to an already functioning on-ramp meter. The meter at the Walnut Street eastbound on-ramp will run from 6 a.m. to 6 p.m. starting Tuesday. This is an extension from the current times of morning and evening rush hours, which Wagemann said has been caused by the ramp seeing heavy traffic outside of rush hours.

All of this is likely caused by Spokane's growth in recent years and the impact on local traffic, with Wagemann saying I-90 in Spokane has seen a 30-40 percent increase since 2019.