One of the homeowners that complained to the BBB about her Corey Barton Home says the issues with her house have gone on for months and feels like CBH doesn't care. 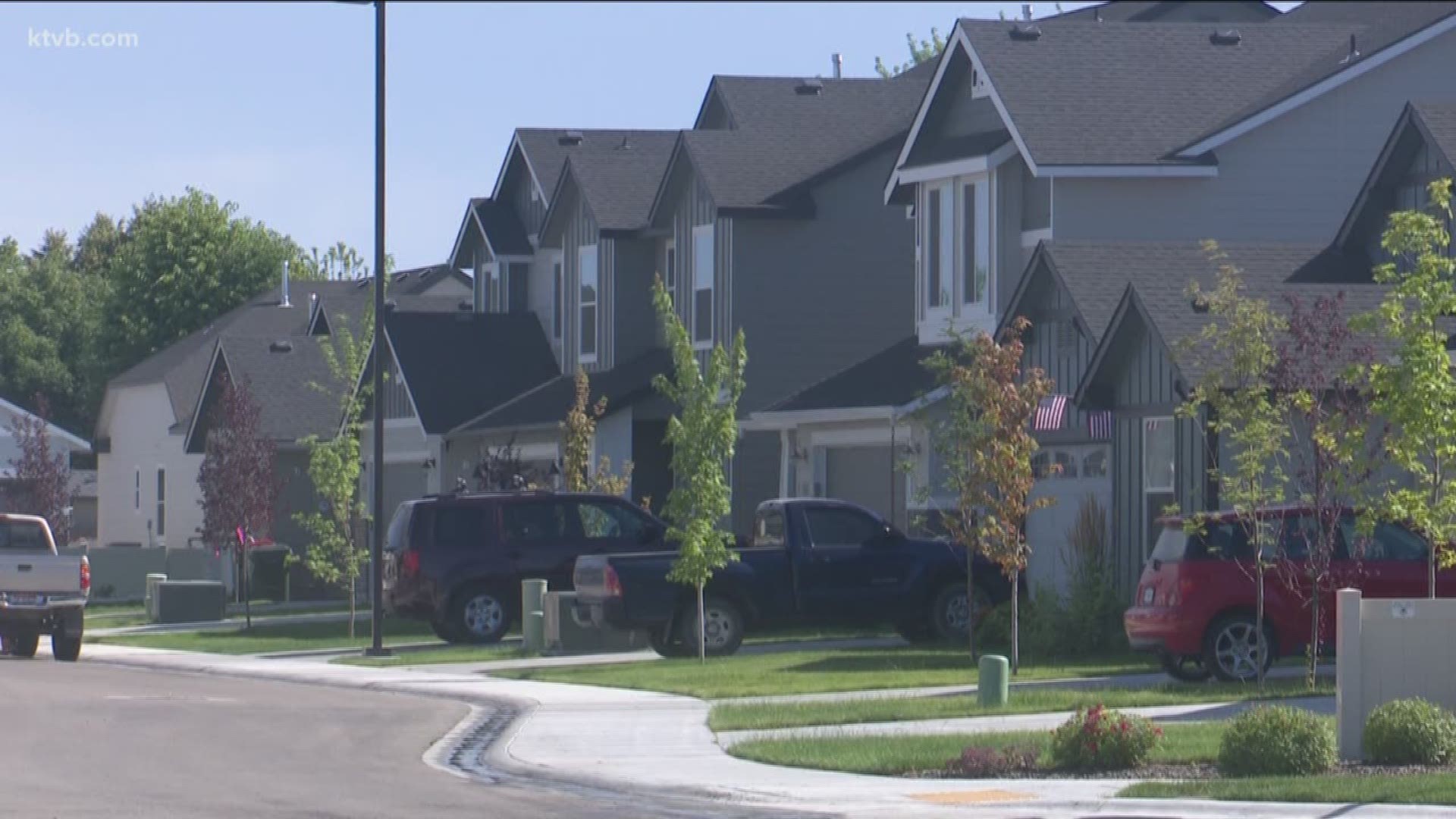 BOISE, Idaho — The Better Business Bureau revoked Corey Barton Homes' status after the company failed to respond to a homeowner's complaints about her home.

The homeowner, Erin Dominguez, says her issues with CBH have been going on for months and it's been a frustrating process to deal with. She says she now feels like CBH doesn't care about her or the issues with her home.

However, CBH says that's not the case and they're working to resolve the concerns.

Dominguez told KTVB that her CBH home started having problems before she closed on the house, which she says she bought just more than a year ago.

"The doors were not square, the cabinets had a film over them, there were squares where they had not properly installed the drywalls. The carpet was getting worn down pretty quickly," she said.

Dominguez adds that CBH told her to contact the warranty team and they would take care of it, but that was far from a solution.

"When they attempted to fix some of the issues they actually ended up making my house worse by getting paint on the carpet, paint on the ceilings, paint all over my couch," Dominguez said.

Now, a year later, she says those issues still haven't been resolved by CBH. So, she turned to the BBB for help.

"We've had this one complaint that went unanswered. We reached out to them ten times over the course of 45 days and that's when it became a red flag and we had to look into it a little bit further," said Rebecca Barr, the BBB marketplace manager.

The BBB says that violated one of the standards of trust businesses are required to meet as part of the accreditation process so the bureau's board of directors voted to revoke CBH's accreditation status.

"We care about our homeowners. We take this complaint very seriously, we acknowledge that we dropped the ball" said Corey Barton, the CEO of CBH. "We're taking steps to improve this process as a team, improve, do a better job and do our very best to get our accreditation back with the BBB."

Over the last three years, BBB says they've had 13 complaints against CBH, many of them dealing with similar warranty issues. But, the BBB added that in the last 23 years CBH has been accredited with them, past issues have always been addressed, leaving the company in good standing until now.

For Dominguez, this all has been emotionally exhausting and frustrating.

CBH admits they didn't respond as they should have to Dominguez's complaints but they're learning from this situation and the company is working to improve some of their policies.

"Very honest, we dropped the ball," Barton said. "The frustration – we're compassionate and understand. Of course, it's frustrating, we don't want that to happen to her. We're going to work harder, make some policy changes and make sure that we correct this so it doesn't happen again."

Dominguez said CBH contacted her Friday afternoon and said the company would go to her home next week and fix her home concerns.

Barr added that CBH can reapply and possibly regain accreditation with the BBB in about a year, as it long as CBH shows it has continued to meet all the standards of trust.

CBH also posted a statement to its website, addressing the complaints and the accreditation status.

RELATED: Developer says he will demolish Travis Apartments regardless of what Boise City Council decides