Jeanne Dixon bought the dog that her daughter wanted before she passed away, but it turns out she has been scammed out of more than $2,000. 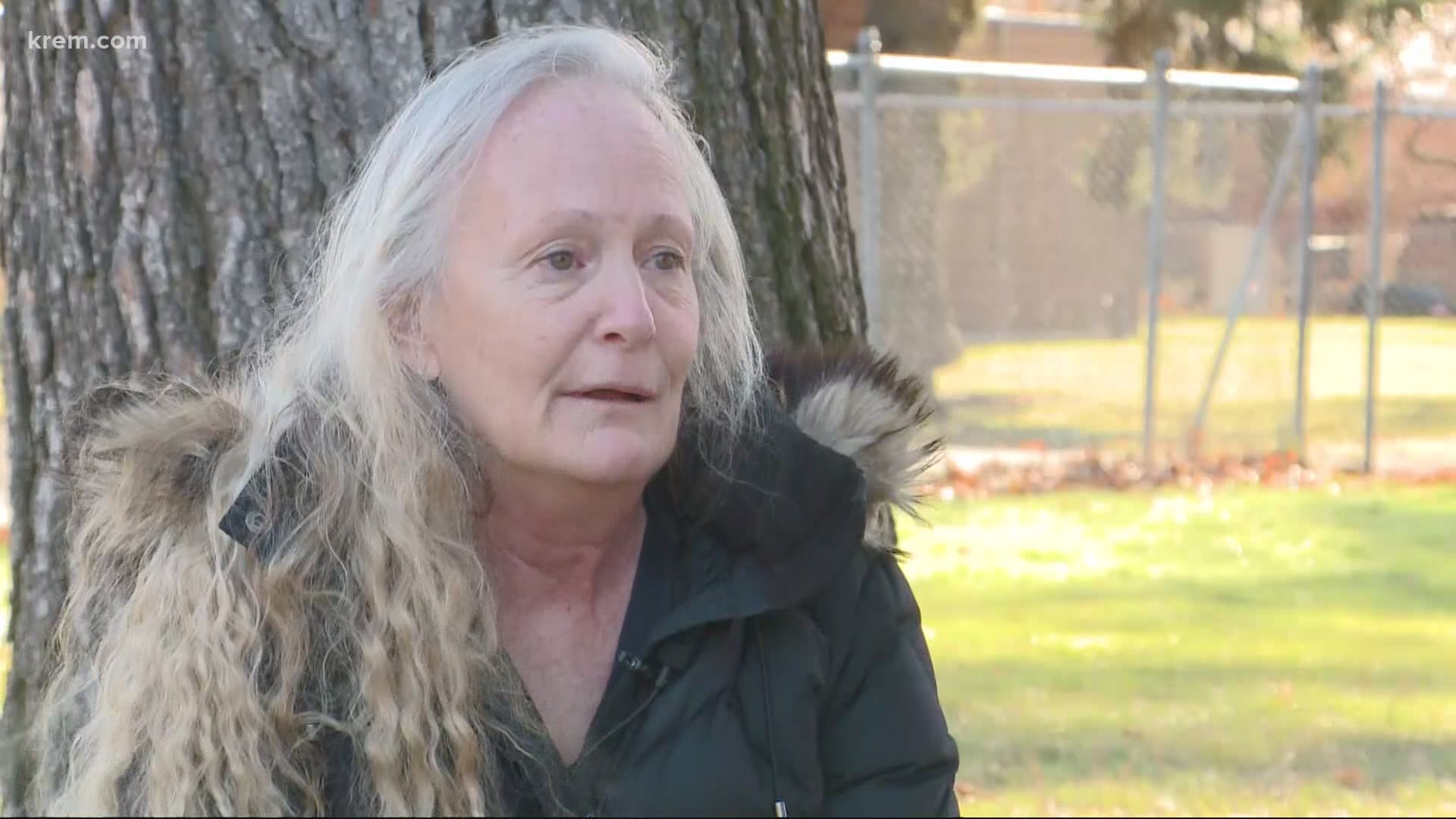 SPOKANE, Wash. — On a recent Friday afternoon in November, Jeanne Dixon fought back tears as she explained how she ignored several red flags and deposited hundreds of dollars into the bank account of who she thought was a dog breeder.

“I was grieving, and I thought a puppy would help me direct some of the love that I had for my daughter that I could no longer hold,” Dixon said.

The Spokane native explained that she was still grieving the unexpected death of her 19-year-old daughter Charlene.

Dixon said that her daughter, who was attending Whitworth University, went in for knee surgery last summer when things took a dramatic turn for the worse. She explained that her daughter developed a blood clot. After nine days in the hospital, Charlene passed away.

“And I just have a lot of guilt because she wanted a puppy forever and it was always, well, next spring, next fall and it was just never a good time and I had just so much guilt and I thought it was time,” Dixon said.

In the months that followed her daughter’s death, Dixon decided to search for the puppy her daughter always wanted — a Newfoundland. After a brief search online, Dixon stumbled upon a website that appeared to be legitimate.

Dixon reached out and quickly received a response from who she believed to a breeder in Oklahoma. The Newfoundland puppy pictured on the website was available. Through email, Dixon said they agreed on a price: $850 for the dog and another $100 for shipping.

“I was not thinking. I was heartbroken,” Dixon said. “I really wanted a puppy.”

Jeanne shared some of the text message correspondence and explained what happened next.

She said that she wanted to use PayPal, a secure way to transfer payment, but the person she was corresponding with said that they didn’t have it. Instead, the scammer asked her to deposit the money directly into an account at a Wells Fargo ATM.

So, that’s what Jeanne did, once for the dog and the shipping fee. Then, she deposited another $1,500 that the scammer told her was needed to pay for a special crate necessary to ship the dog.

“And, while I was standing there doing it [depositing cash into the ATM], I was thinking, 'I’m probably never going to see a dog.' But I so wanted to believe that I told this person how desperately I needed this puppy,” she said.

It’s when the alleged breeder asked for another $2,500 for “insurance” that it finally clicked; there was no dog and she’d just been scammed out of $2,400. When Jeanne started asking questions the scammer stopped responding.

”I then became ashamed, because I knew better. I really did. I just … I was heartbroken,” she said.

It turns out that Jeanne is far from alone. The Better Business Bureau reports that pet scams now comprise 24 percent of all online scams reported to them, up from 17 percent in 2019. Of those targeted for a pet scam, 70 percent lose money.

“The safest thing is to meet the breeder and meet the puppy,” said John Goodwin, the Senior Director of the Stop Puppy Mills Campaign with the Humane Society of the United States.

He said while demand for pets has increased during the pandemic, puppy scams have been around for years.

“We encourage people when they’re acquiring a new dog to either first, adopt from a shelter or rescue because you’ll be meeting the dog and you’ll know the dog exists. Or, if you’re purchasing from a breeder, insist on meeting the breeder, meeting the mother dog, seeing where the mother dog lives and seeing that the puppy actually exists,” Goodwin said.

As for Jeanne, she misses her daughter and said that she’ll eventually search for a puppy again. But next time, she’ll meet the dog in-person before handing over any money.

“I’m not a dumb woman, but I sure feel stupid about this and heart break isn’t a good reason to make silly choices,” Dixon said. “I was just caught up in the want.”