Flixbus has a two-star rating on the Yelp website. 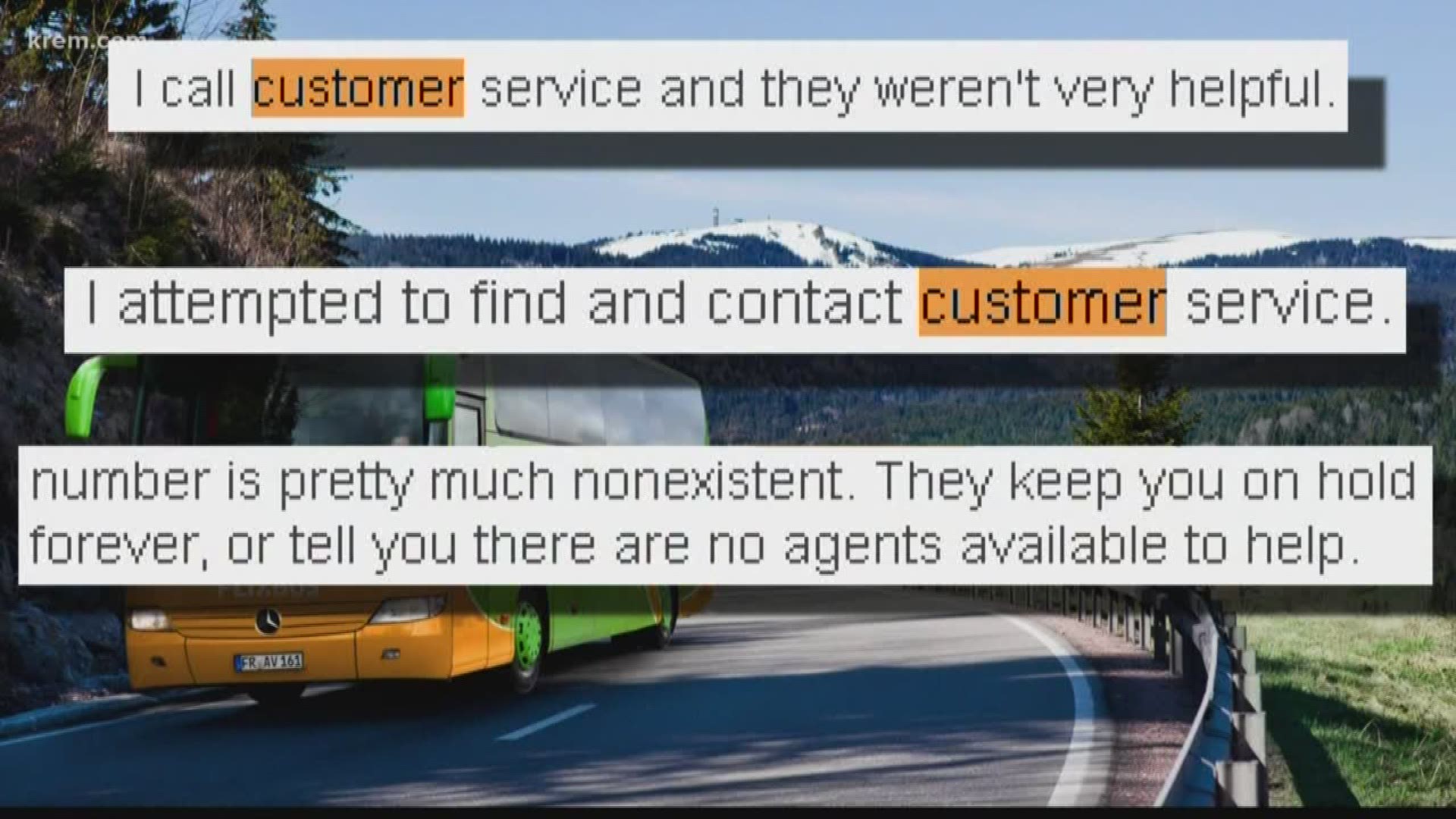 The eco-friendly ride service came to Spokane in mid-November, offering rides from Spokane to Seattle starting at $9.99. Since then, it has transported about 400 people between the two cities.

But not all of those riders have been content with the company.

Some KREM viewers sent in comments about their reservations to use the bus company again. Several other comments from Yelp.com showed similar concerns.

Most of the comments were about the company’s customer service.

Flixbus has a two-star rating on the Yelp website.

KREM 2 reached out to Michael Kahn, the Flixbus Business Development director, for comment. Kahn said the biggest improvement the company is hoping to make is communicating with its customers.

“We just need to iron out tweaks in the schedule to make sure we’re allotting for enough drive time and that the schedules are accurate,” he said. “It’s a little bit hard to tell from the first week or second week in terms of how it’s going to go.”

Kahn recommended riders use the Flixbus app to track the status of the buses.

“It’s going to become more important as we get further into the winter months in terms of going through the [Snoqualmie] pass and making sure that we’re having reliable service and we’re giving people updates in terms of snow of whatever it is,” Kahn said.

RELATED: You can soon take an eco-friendly bus from Spokane to Seattle for as low as $10

RELATED: How to tell if you’re getting a blood clot while flying