From using stuffing to hide a ring for a Thanksgiving proposal to properly thawing a turkey, here's what consumers ask Butterball Hotline experts. 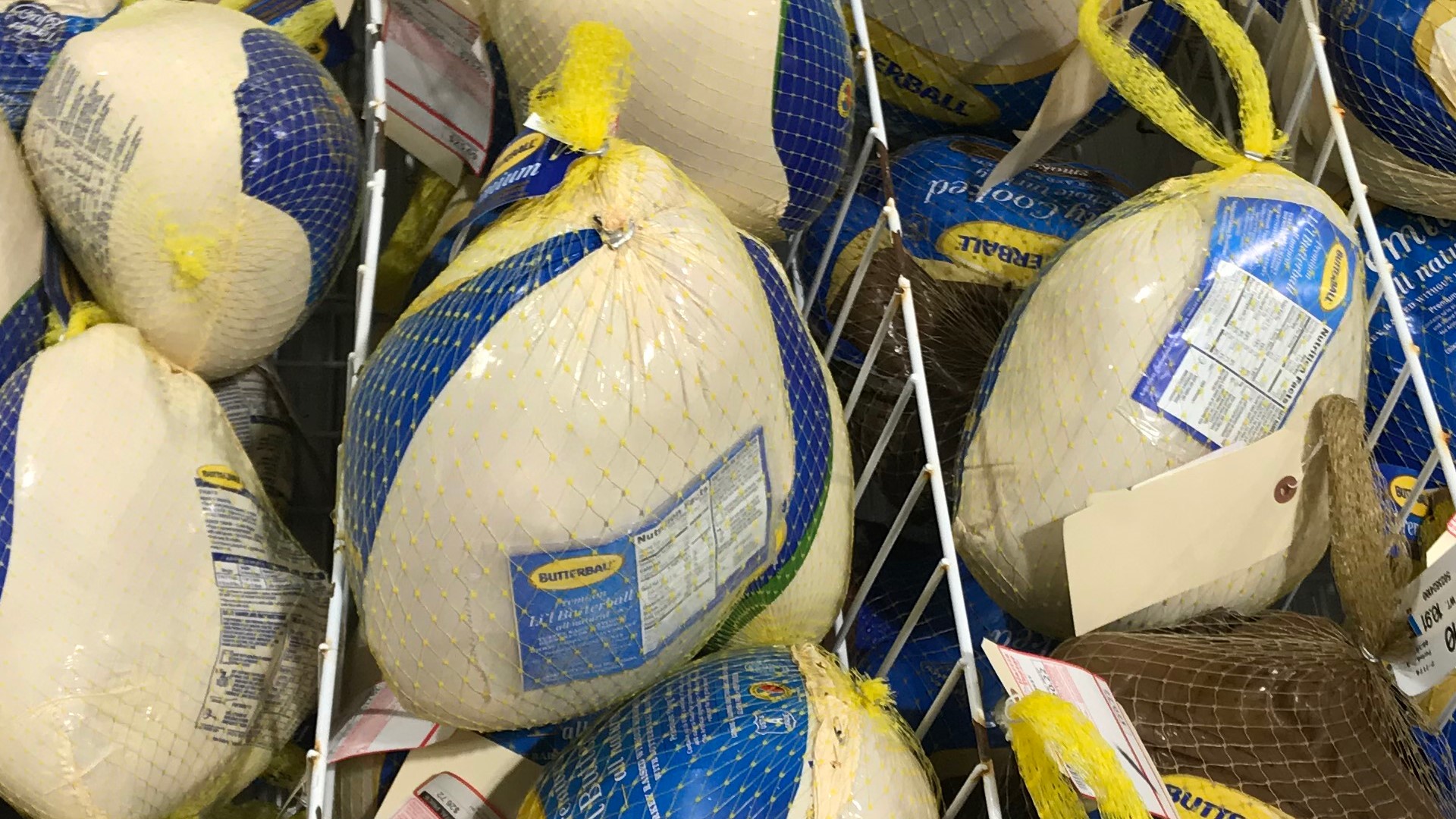 GREENSBORO, N.C. — Thanksgiving traditions include pies, cranberry sauce, stuffing and yes, the Butterball Hotline experts. They have been taking your turkey-related calls for almost 40 years. The lines are open from November until Christmas Eve.

Have you ever wondered, who answers the phones and what type of questions other people are asking? Well, wonder no more. WFMY News 2 was granted time with Angela, one of the experts, and she dished on the types of calls they get.

The number one question: How to thaw the turkey? Angela says most don't realize it takes a long time. She said people need to know for every day it's in the fridge, it's thawing about four pounds of the bird a day.

The second biggest question: When is my turkey done?

1. Don't wait until the last minute, Angela says. However, experts are there to answer your questions even on Thanksgiving Day.

Angela says most strange questions center around the number question--thawing the turkey. A caller wanted to know if they could put it in the dishwasher and run it through a cycle. Another caller, asked about putting it in the hot tub to thaw.

Other odd questions include: Will the Chicago Cubs win? What's your favorite side dish? The questions usually start with -- since I have you on the line...! Angela says to roll with it and have some fun.

Spatchcocking does work. It's when you remove the backbone from the turkey. WATCH this video: Tanya Rivera tested it and here's how you do it.

Angela says you can also use a covered roasting pan and it cooks faster as well.

Angela says the call usually starts with: "I think I made a mistake." One call she remembers is a person called to say he left his turkey in the car overnight and he lived in Florida. The turkey would not be safe to eat, they told him.

A man wanted to hide an engagement in the stuffing in the turkey. Angela said they cautioned him against it. They helped him find another creative way to propose.

Put away leftovers after two hours, Angela says. Carve all the turkey off and put it in a storage container and put it in the fridge. Only eat leftovers for about three days. However, if you freeze leftovers they'll last about a month or two.

How do you become a Butterball Hotline Expert?

Butterball's famous Thanksgiving turkey hotline has stepped up its game. You can now get advice by phone, text, chat and Alexa.

Here's how to connect with the Butterball Experts

The hotline is staffed with more than 50 experts ready to answer more than 100,000 questions for thousands of homes in the U.S. and Canada this year.

Closed for the rest of the season after the 24th.

RELATED: The Butterball hotline is back and it even has an Alexa Skill

RELATED: Need Help Cooking Your Turkey? Butterball Has a Hotline for That

RELATED: No Eating Shaming Here! Your Thanksgiving Meal Could Be Healthier Than You Think.

Cook Your Turkey, Not Your House

RELATED: Firefighters demonstrate the dangers of frying a turkey