Businesses in Washington state will be able to go back to full capacity on June 30, or earlier if the state satisfies Governor Jay Inslee's vaccine goal. 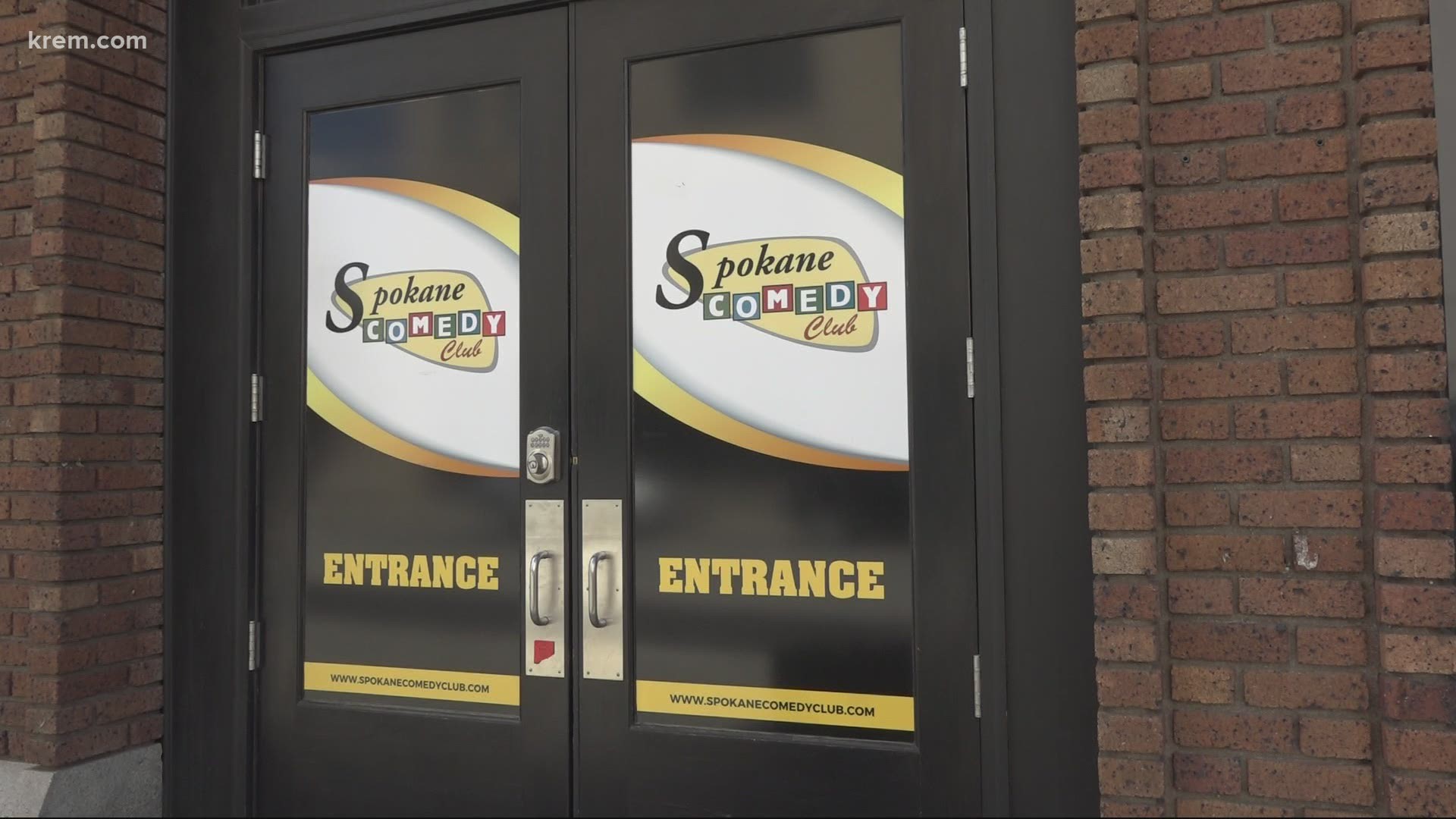 SPOKANE, Wash. — Washington state will be fully reopening on June 30, or earlier if the state reached 70 percent of people having received at least one shot of a COVID-19 vaccine, which means businesses can soon go back to full capacity.

One such venue returning to full capacity locally is the Spokane Comedy Club.

"The minute they give us the word that we can go back to full capacity, that's when we'll set up for full capacity," said Kevin Fandt, co-owner of the Spokane Comedy Club.

The club has only been able to operate at half of its normal 300 person capacity. Fandt is excited for the move back to full capacity.

"It means we can finally go back to 100 percent after, well, over a year or 15 months now," Fandt said. "Very exciting. It feels like a grand opening all over again when we first opened the club six years ago."

Governor Jay Inslee has reaffirmed that if the state hits his 70 percent benchmark for people initiating vaccination, the state will reopen early. Whichever comes first, the Spokane Comedy Club will be back to its 300 person capacity within the next 10 days.

Fandt said the move will be well-received by performers.

"The performers are excited. They feed off the energy of the room, and when you have a full room of 300 people, the energy for them is electric," Fandt said.

Fandt also said they have job openings for all positions at the comedy club, which has stayed open during the pandemic. The expanded capacity will also help with how busy the club has been, as performances by some more well-known comedians have sold out fast.

"The customers are excited too, because a lot of the shows that we've had sell out fast because we're only at 50 percent capacity," Fandt said. "So getting back to the full capacity means more people can get tickets to come to the shows."

While the state may be close to reopening, things won't be going completely back to normal just yet. The Washington State Department of Health has said some restrictions will stay in place.

Washington Secretary of Health Dr. Umair Shah has said that unvaccinated individuals will be asked to continue wearing masks indoors and in crowded outdoor settings, which is in-line with recommendations from the Centers for Disease Control and Prevention.