'This will be great for us': Pacific Northwest Qualifier's return welcomed by Spokane restaurants

The tournament brings in millions in tourism revenue every year to Spokane, and is one of the first large events to return amid the COVID-19 pandemic. 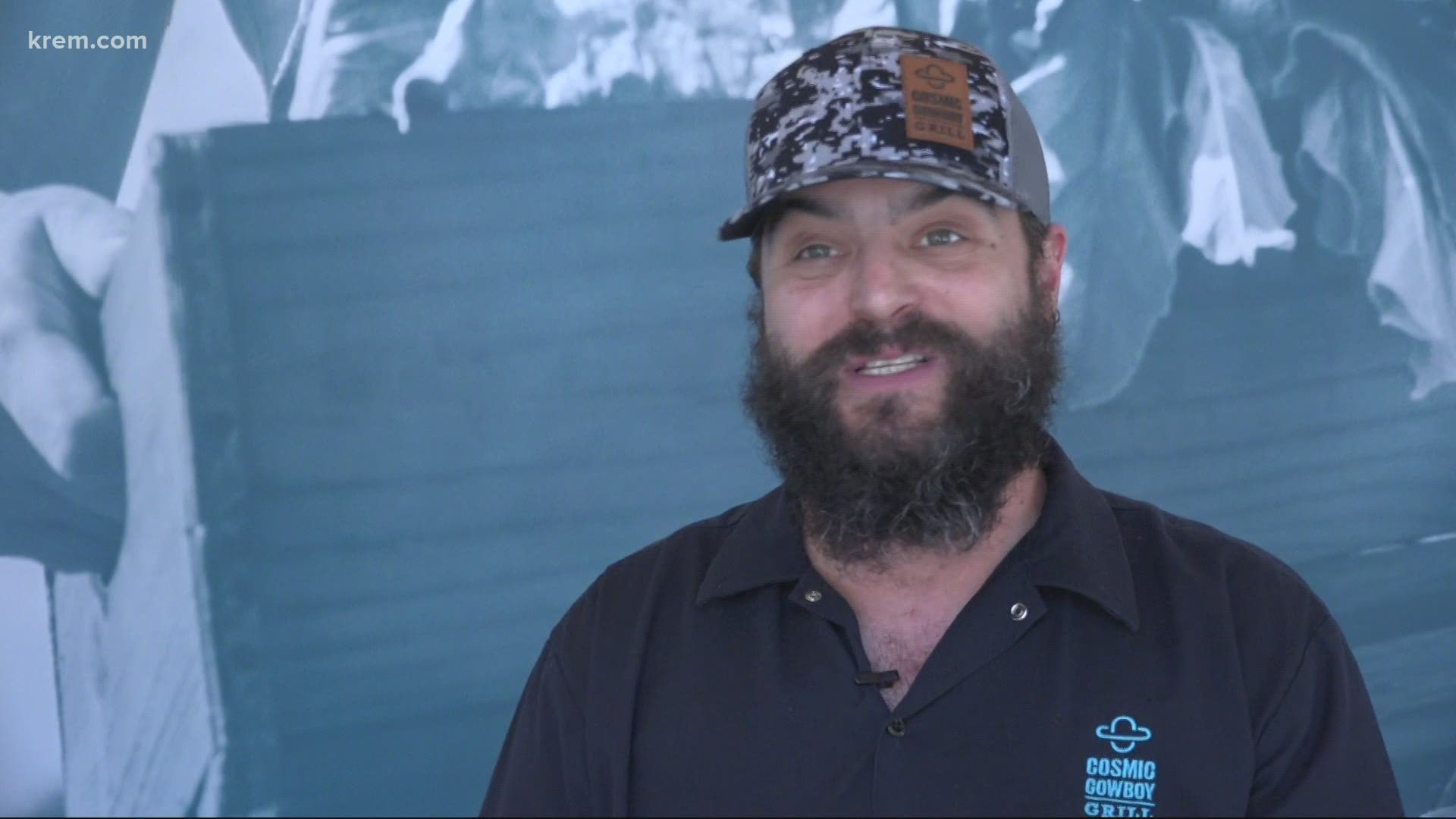 SPOKANE, Wash. — The Pacific Northwest Qualifier wrapped up its final day of play for its first weekend on Sunday, completing its first rounds of competition after the tournament was canceled in 2020.

VisitSpokane estimates that the tournament brings in $12 million in tourism revenue on a normal year. Organizers estimate that the tournament - which the region's largest volleyball tournament and Spokane's biggest annual tourism event - is only seeing about half the normal number of teams this year. But even with a drop in participation, local restaurants see the tournament taking place at all as a huge win.

"When they [organizers] called me up and said they were going to be in town we were ecstatic to be open and be ready for them," said Chris Lee, General Manager of Cosmic Cowboy Grill. "Our official grand reopening is going to be May 24, so this will be great for us and the crew to kind of get back into the swing of things."

They had sponsored the tournament last year, but with its cancellation, this is their first time partnering with the event. Lee added that after the struggles local businesses faced in the last year, events such as the PNQ are what the industry needs.

"The main thing is, there's a lot of small businesses downtown that are struggling to keep people staffed and struggling to keep the doors open, and we need to continue to move forward, and hopefully that will continue and we'll be able to get to Phase 4 and back to normal sooner rather than later," Lee said.

The tournament is the first big event Spokane has seen return, with others such as Bloomsday and Hoopfest yet to revert to their normal in-person offerings. This has led to restaurants seeing reservation lists fill and hotels booking al of their rooms to accommodate the influx of athletes and their families after a year of COVID-19 restrictions hampering business.

Lee said the tournament's revival is a sign of hope that other events may return this year, as restaurants and other businesses hope to see more occasions that bring large amounts of people downtown.

"That's why we opened down here, and hopefully if things keep going the way they're going, we'll see a nice crowd," Lee said. "We're getting our outside patio set up here shortly, and hopefully Hoopfest will be right here on our main doors."

Next weekend will see another three days of games for teams in the Pacific Northwest Qualifier, with courts set up at the Spokane Convention Center and the Hub Sports Center, which means another weekend of booked hotels and reservations for local restaurants.