A Christmas tree shortage has led to a smaller supply at a Greenbluff tree farm. A tree farm owner said a lot of trees didn't make it through the summer. 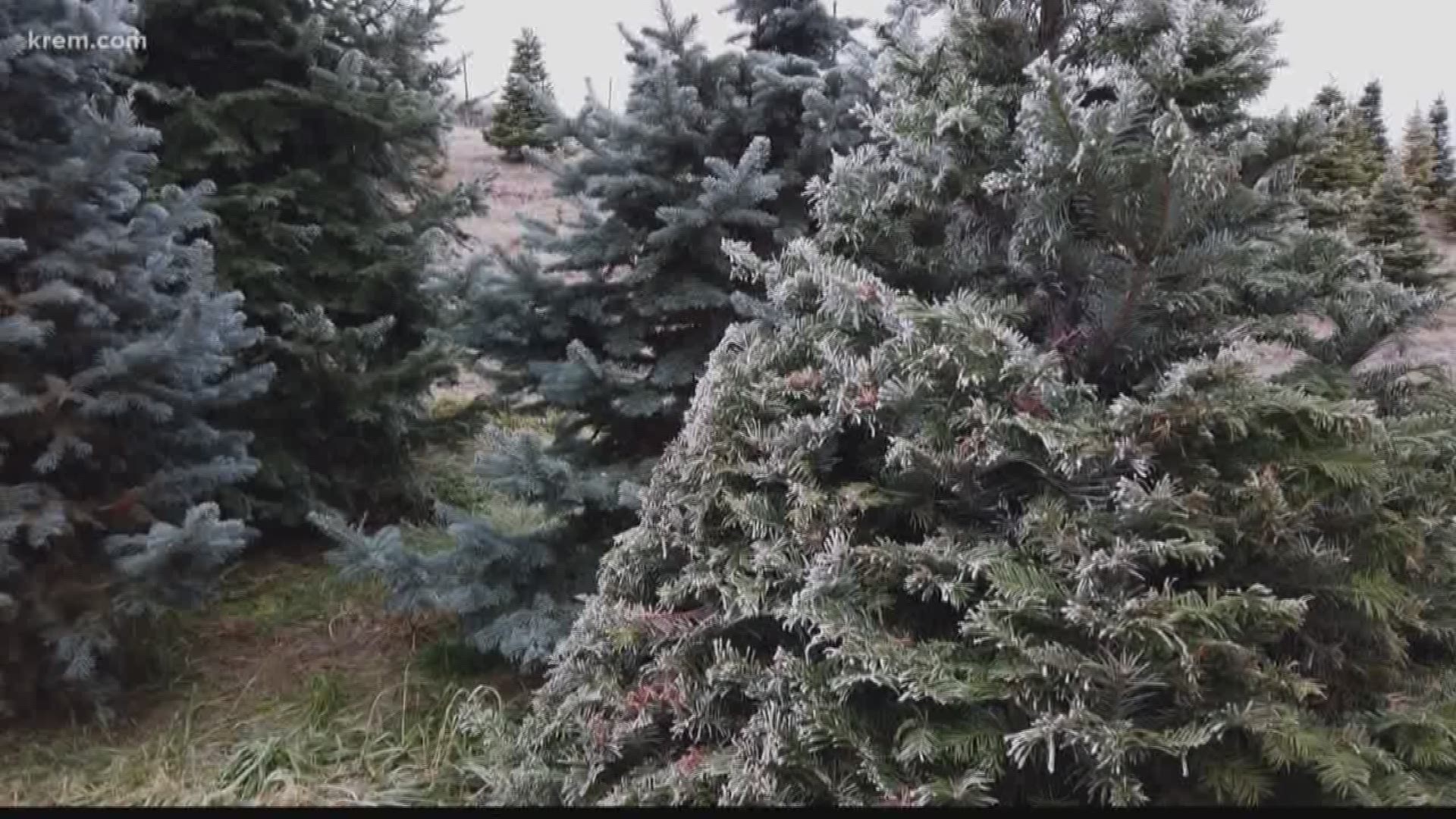 A shortage in Christmas trees throughout the Pacific Northwest could result in increased prices for the holiday staple, even here in Spokane.

Supply and demand for the trees have increased and farmers have been forced to adjust.

“A lot of trees just didn’t make it through that harsh beginning of the summer,” said Craig Deitz of Spokane's Big Barn Brewing Company.

Christmas is less than a month away and most farms began selling trees this weekend.

Warmer climates are playing a major role in this problem because the trees take several years to reach a height where they can be sold. A drought during the summer can have drastic implications on the growth of younger trees and oftentimes kill them off.

RELATED: 10 places to cut your own Christmas tree in the Spokane area

That has happened for the last two years, and Deitz said the warm weather paired with other natural problems like gophers eating roots will limit his sales this year.

“We’re probably going to be less than 100 that can be cut off of this lot. We’re still trying to supplement with some other local farmers but that just hasn’t happened yet.”

Other farmers on Green Bluff expect their season to only last 10 days.

Deitz grows other crops throughout the year, but he always finishes up with Christmas trees during the last month.

When he runs out, his company Big Barn Brewing will keep rolling on with Beer and chili specials that are offered along with cutting down trees.

RELATED: If you've been dumped this year, you could win a vacation inspired by 'The Holiday'