After dealing with setbacks caused by the coronavirus pandemic, businesses are now worried by road construction in the area. 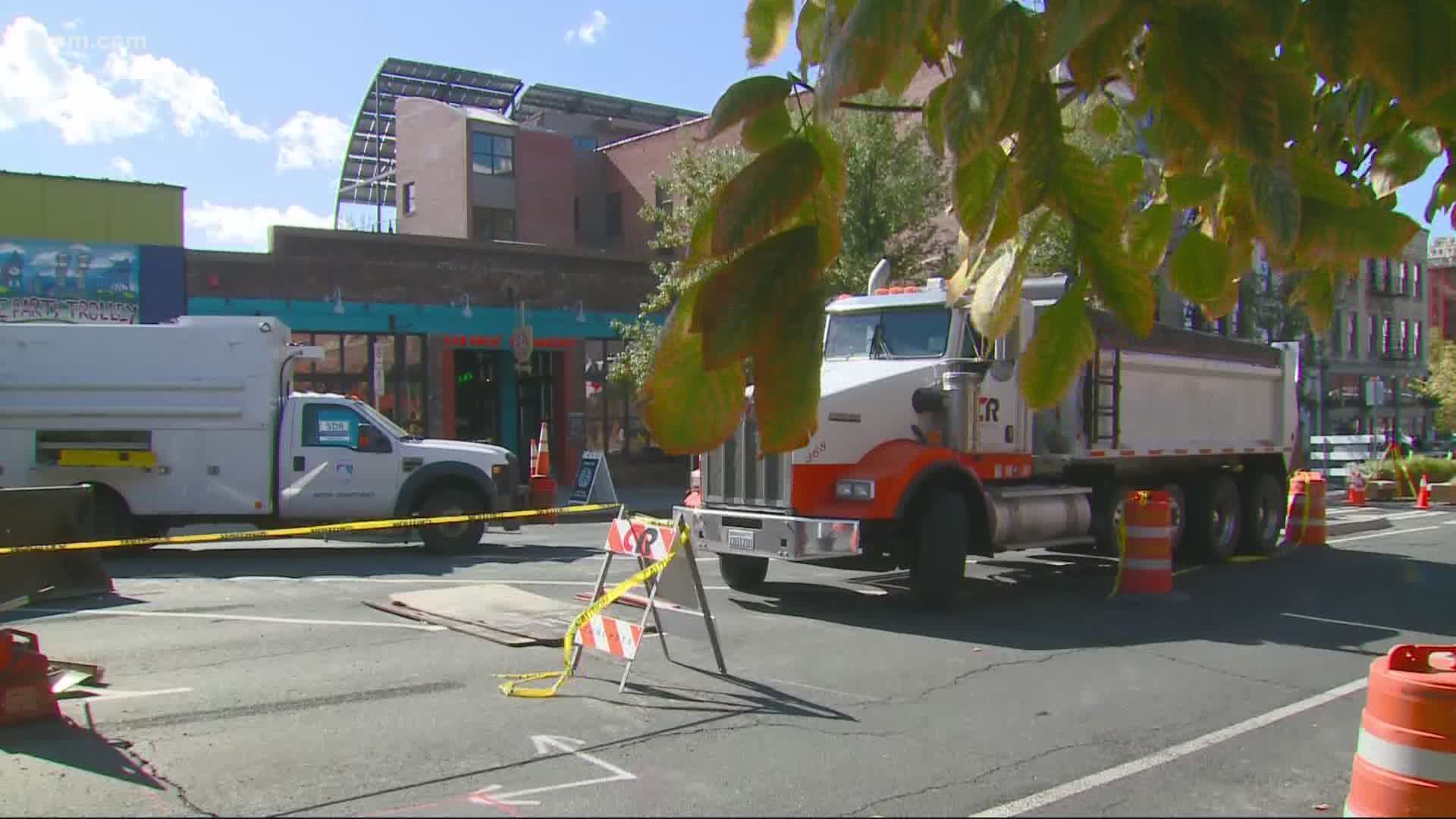 SPOKANE, Wash. — While many businesses in Spokane have began their road to recovery after being closed due to the coronavirus pandemic, some businesses along Main Avenue have said their struggles have continued due to construction.

John Brown, the general manager of Stella's Cafe and Bar, is one such person experiencing continued troubles as businesses have seen less foot traffic due to the construction.

"We're likely to see another pretty drastic reduction in business, because there's nowhere for people to park. It's pretty inconvenient," Brown said.

Brown said Stella's was previously closed from March until June after the business' reopening last year.

The Spokane Transit Authority couldn't be immediately reached for comment.

Brown said that due to a reduction in business caused by the coronavirus pandemic before this construction, Stella's already had to go through some downsizing with a reduction in staff.

Brown also said he was told the construction, which started last week, is supposed to last six to eight weeks. He also voiced concern for newer businesses in the area.

"There are new businesses on this block too ... that haven't really even had a chance to get their feet under them yet," Brown said. "This is the kind of thing that could really, really hurt, even more than the pandemic already has."

Stella's should survive the setback, Brown said, but he added that the businesses is losing about $100 a day at its current rate.