Some downtown Spokane businesses bounce back under Phase 2 reopening

Indaba Coffee is one of several downtown Spokane businesses that has reopened its doors after a stint of curbside pickups. 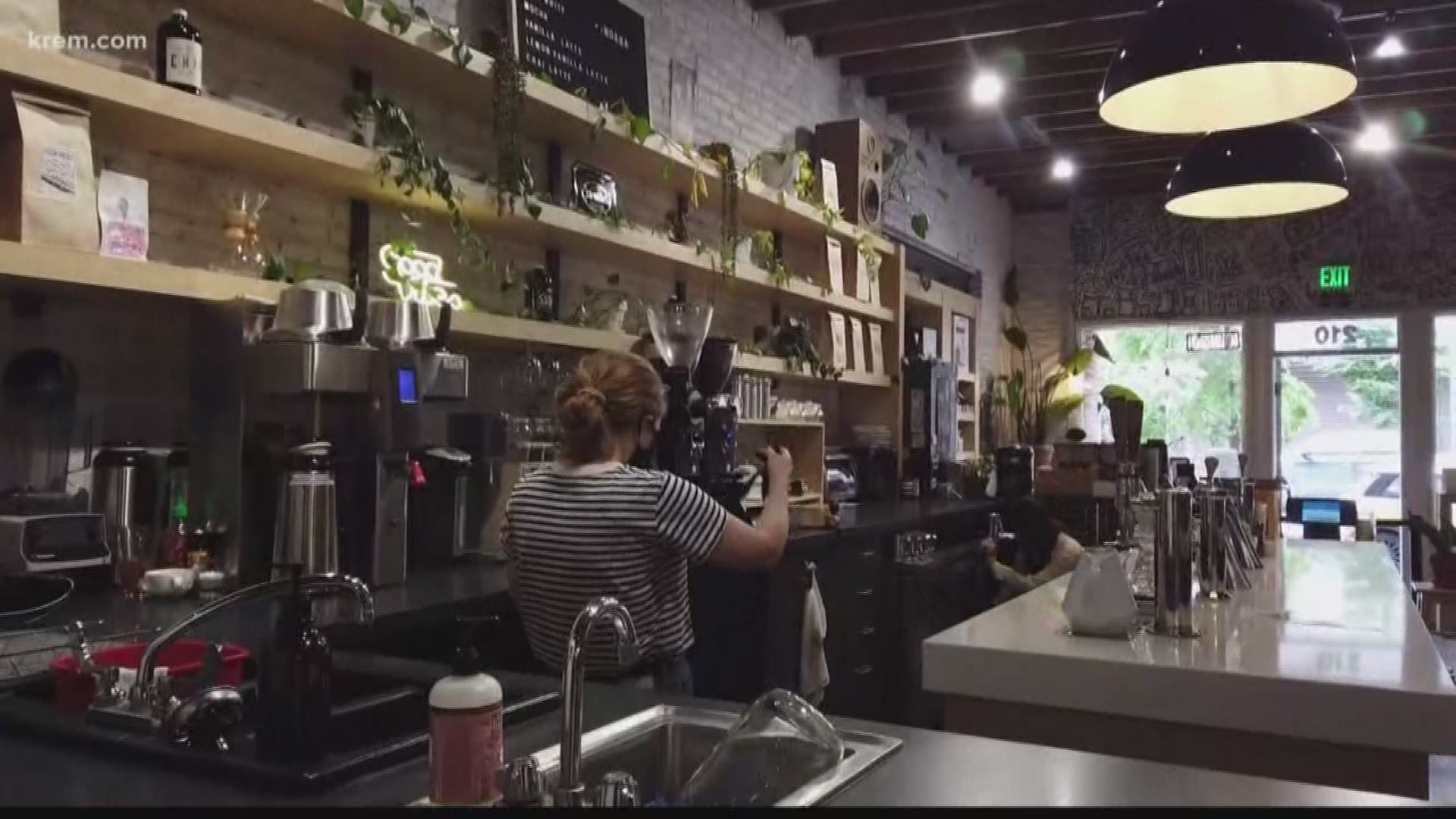 Things are different and it’ll probably be that way for the near future. But Memorial Day is the unofficial start of summer and Spokane has been in Phase 2 of reopening since Friday.

Visitors who spent part of their day downtown were able to experience some of their first moments back in the city.

“It’s a bummer that some of the shops that we intended to be open aren’t, but the fact that we’re here together makes me happy so I can’t complain,” said Courtney Dyer

With every passing day, there are signs of hope.

Take Indaba Coffee for example. The business in the heart of downtown has to operate under new guidelines, but they’re making it work.

“Everything has been a pretty swift transition, so it’s been smooth and nice,” said Indaba employee Aleczondra Evans. “We’re seeing a lot of our regulars again, which has been great.”

Indaba employees wear masks at all times in the store. Social distancing markers have also been placed near the front of the store.

The farther you venture downtown, the more you’ll see hints of life returning to the area — including at River Park Square. Doors are open again, but many of the businesses are taking precautions and asking people to wear a mask once they go inside.

Outside of business, there’s also the personal challenge of figuring out when you feel comfortable to go back out.

There’s no exact timetable on that, but Phase 2 has opened more doors for Spokane residents.

“I think it’s just balance,'' said Chase Johnson who joined his family for lunch downtown. “It’s there but you can’t let it get to you mentally.”

RELATED: These Spokane restaurants are now open during Phase 2