Shoppers line up as some stores open for Black Friday as early as 2 p.m. Thursday

Some stores, like J.C. Penney, opened as early as 2 p.m. on Thanksgiving for Black Friday sales. 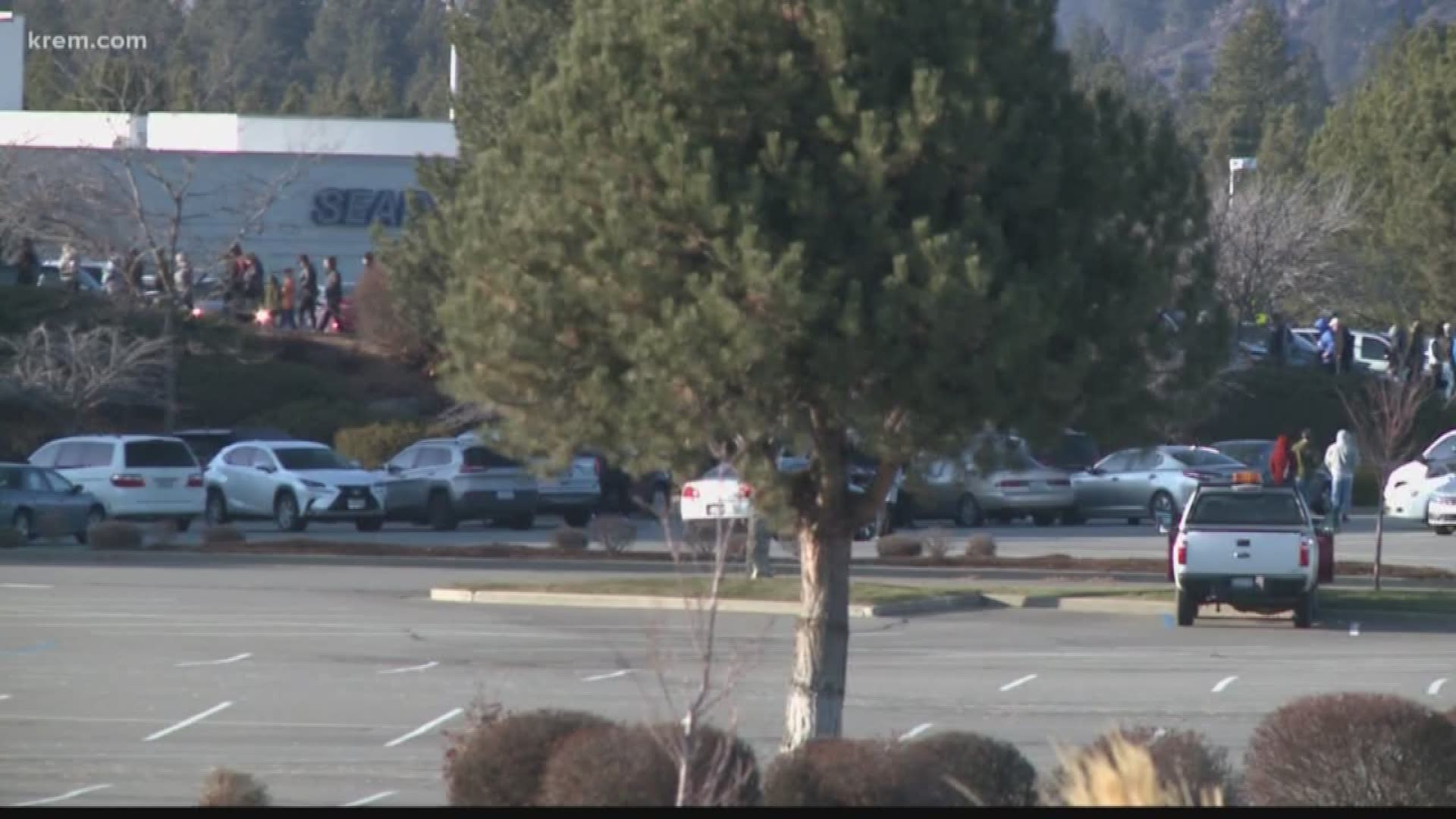 SPOKANE, Wash. — Some stores, like J.C. Penney, opened as early as 2 p.m. on Thanksgiving this year to give shoppers a head start on Black Friday deals.

Spokane area shoppers and customers were no exception, with long lines forming in front of stores well before 2 p.m.

The line at a local J.C. Penney was so long you could see it from across the road at the Spokane Valley Mall. The store opened at 2 p.m. on Thanksgiving.

Best Buy was another store with early Black Friday openings. The tech retailer opened at 5 p.m. on Thursday.

But, what do you do as you wait for the deals on Turkey Day?

Well Cameron Blackburn, who was waiting at Best Buy, brought a piece of wood to work on while he waited.

"I brought a book to read," Blackburn said. "Brought a notepad just to sketch some things out for the cat tree or some other woodworking ideas."

RELATED: 7 tricks to be a Black Friday pro

Blackburn was waiting for a big screen TV, and decided to skip Thanksgiving dinner altogether.

He wasn't alone in skipping dinner. Diane Quiggle skipped the Thanksgiving feast to stand in line at the South Hill Target, hoping to get something for her daughter's birthday.

"Probably pretty crazy standing out here," Quiggle said. "But I had nothing better to do today, so I figured I might as well. My daughter's birthday is in a week, so I'm going to get her a tablet."

But by far, the longest line was at the J.C. Penney, although many people were happy to wait for the deals at other stores on Turkey Day.

RELATED: Free baby? 70 years ago Fred Meyer had a strange giveaway for a store opening

Editor's Note: The following video is a report on the South Hill Target collecting school supplies for local students.