Two property owners said they are already seeing benefits from the program. Its goal is to deter crime at properties downtown through increased security. 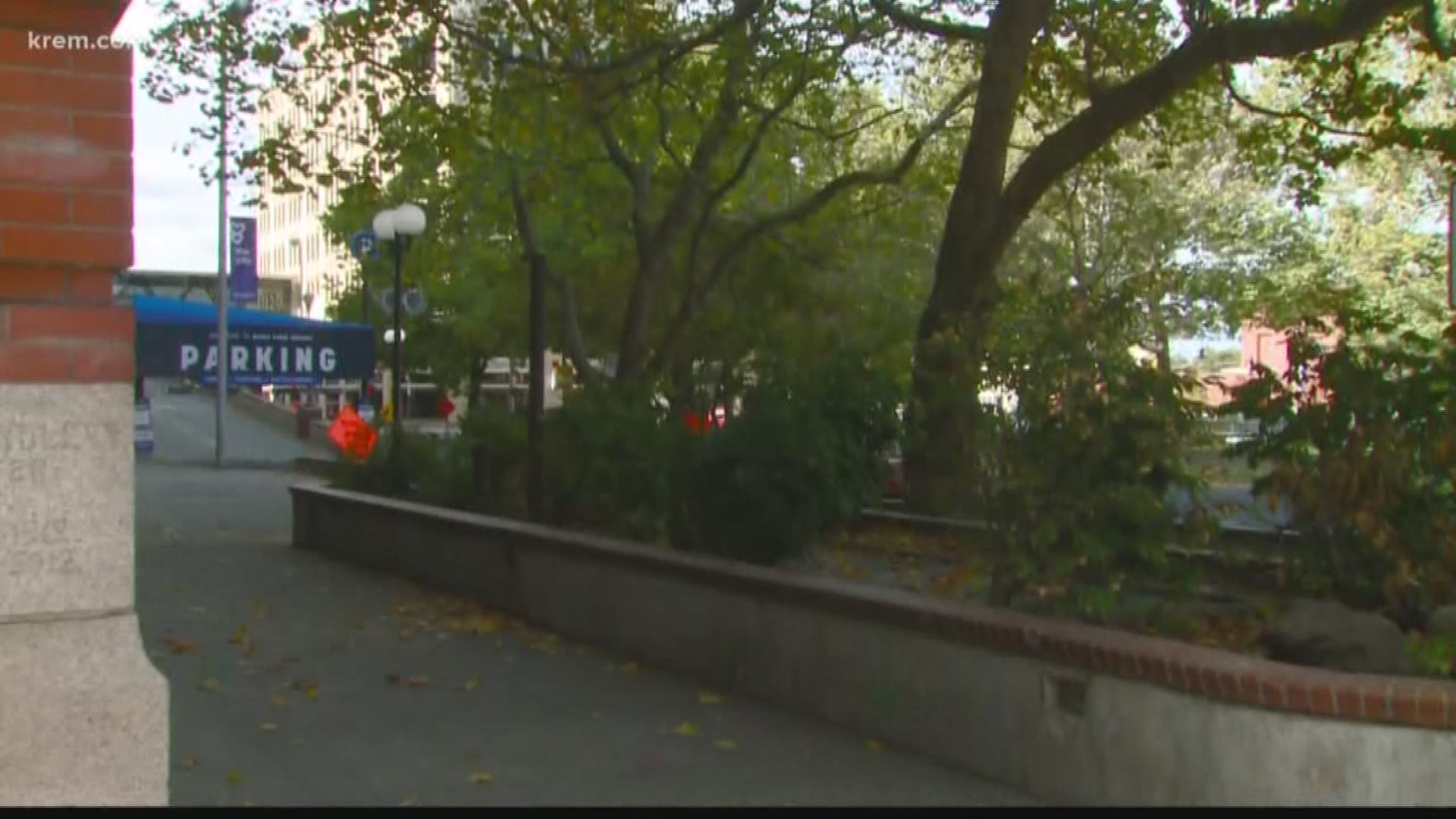 SPOKANE, Wash. — In July, the Downtown Spokane Partnership launched a rebate program aimed at businesses wanting to make security improvements. The goal is to deter crime around properties.

She said the activity at the entrance of their building at 315 W. Riverside Ave. got so bad her employees and customers avoided using it.

"There was often remnants of people being there," Varela said. "So you'd get everything from trash to drug paraphernalia and sometimes human waste."

She had the property assessed to see how they can deter this activity here. Through the Downtown Spokane Partnership's rebate program, they were was able to remove the inset door, where people were sleeping.

Valera said this eliminated the problem.

"We are just seeing the benefits of it now," Varela said. "But finally, you can bring people through the front door and not be embarrassed by the smell or our employees being greeted in the morning by someone sleeping there."

Tom Hix had three of his downtown Spokane properties assessed for the program as well. One of them is the old city hall.

Last month, he installed security cameras around the building. He said he is already seeing an improvement to the area.

"Two or three windows were broken down at the old city hall," Hix said. "We hoped with the cameras there that would help drive youth away from that area."

He said taking advantage of the DSP's rebate program was worth it. Especially since the improvements allowed building tenants to feel more comfortable walking through the area.

"The kids now realize they are on camera 24/7," Hix said. "So now they don't make this their hang out place anymore."

DSP CEO and President Mark Richard is glad to hear the program is working for business as well as the community.

"The notion that we're hearing that preliminary feedback that says yeah we feel like it's changing the environment and making our employees feel safer—that's music to our ears," Richard said.

DSP is still accepting applications for the program. Applicants may receive an individual match of as much as $2,500 to make improvements to their property.

You can find more information at the DSP's program website.

RELATED: This 72-year-old Spokane man started popping kettle corn as a joke. Now it's his passion

The following story is a report about a new STA program shuttling people downtown.