Chick-fil-A is opening a location on Newport Highway in North Spokane. 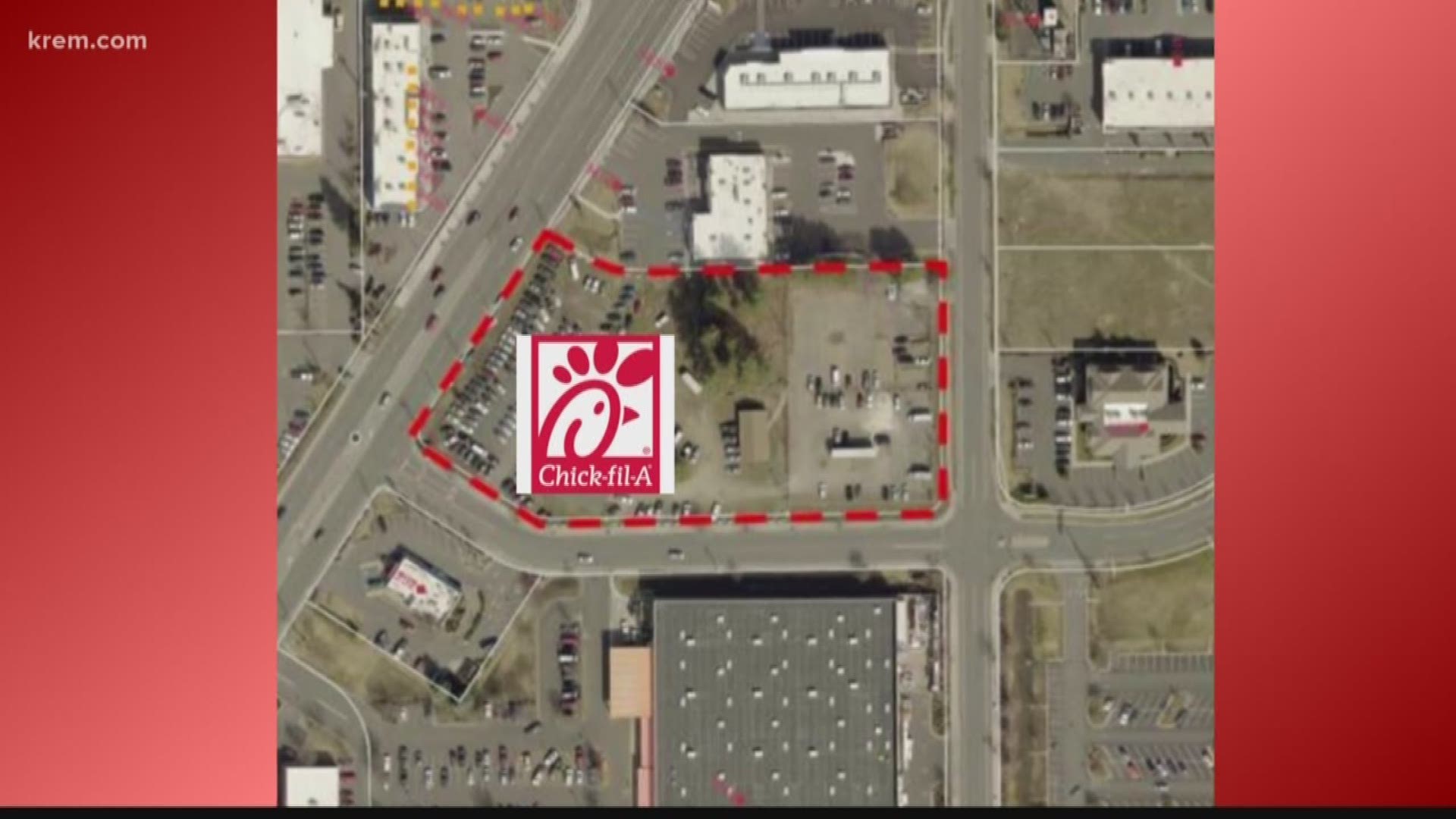 SPOKANE, Wash. — There is more good news to report on the Chick-fil-A front. We finally have a more concrete answer about when Spokane residents can satisfy their cravings for chicken sandwiches and waffle fries.

The company wrote in a statement to KREM that the restaurant on Newport Highway will open in late 2020.

"It is our pleasure to confirm we will be opening a new Chick-fil-A restaurant in Spokane in late 2020. We look forward to joining this neighborhood and serving all of our guests delicious food in an environment of genuine hospitality," the statement reads.

The previous occupants at the future location of Spokane’s first Chick-fil-A on Newport Highway began to move out in February 2020.

KREM reported in September 2019 that the company filed two building permits for a location at 9304 N. Newport Highway. Confusion abounded, though, because the company tweeted on Aug. 30 that it had no immediate plans to open a location in Spokane.

Spokane's ongoing Chick-fil-A saga began in August 2018, when the company's website said a location was "coming soon" to Gonzaga University, which school leaders later denied. The company said an online error was to blame.

RELATED: Chick-fiasco: Chick-fil-A is not coming to Spokane and Gonzaga students are heartbroken

Documents on the city’s website say that the current Spokane project will be 4,833 square-feet, with 96 interior seats and 16 patio seats, a playground, and a dual order drive-thru lane with capacity for 28 vehicles.

The project also includes one access drive to the business from E. Hoerner Street.