Hotels around Lumen Field can bring in thousands of dollars on a weekend when the Seahawks are in town. 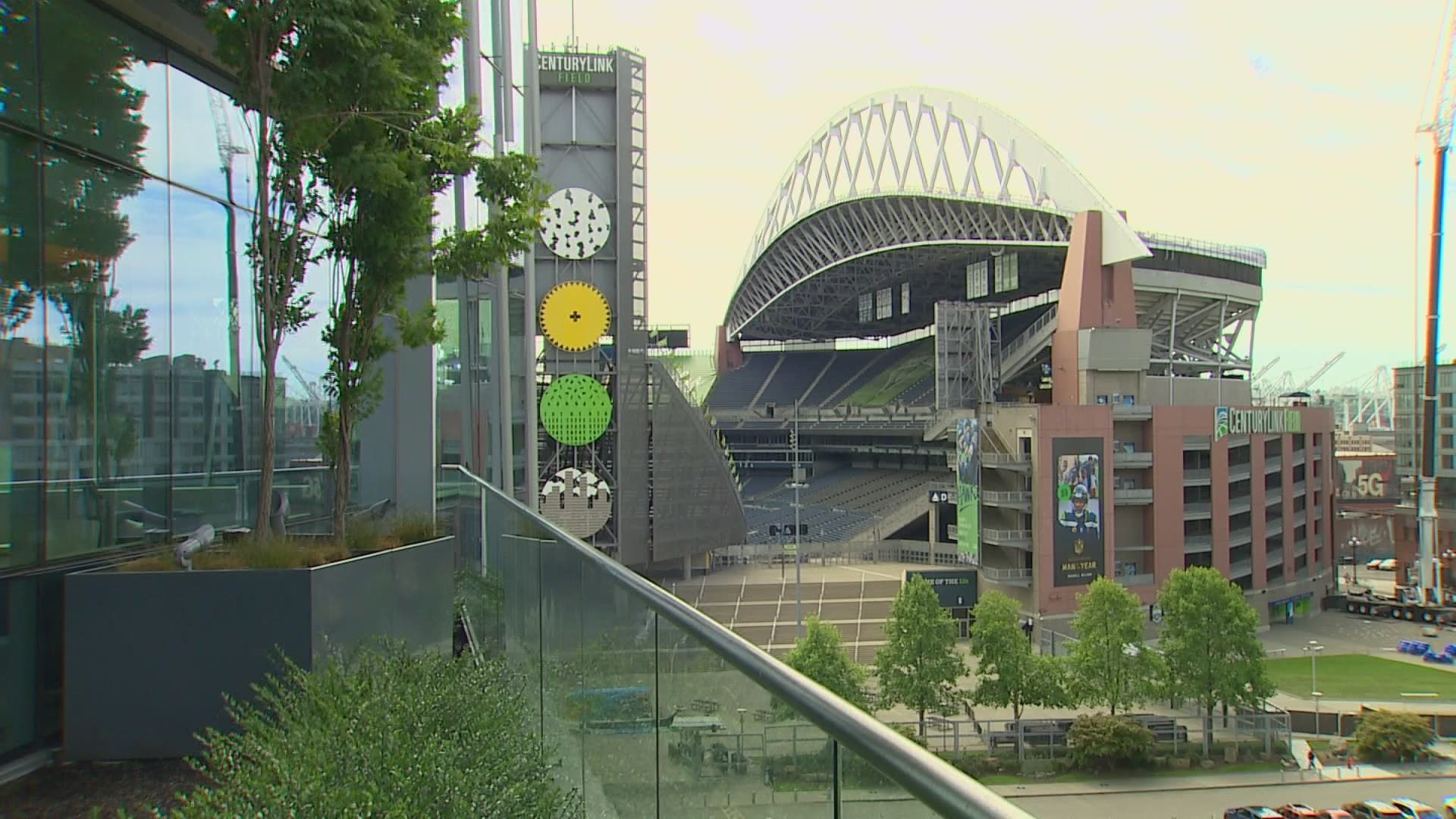 SEATTLE — Will September 19 be a day to remember for sports fans and the businesses which surround Lumen Field in Seattle's SODO neighborhood?

That date is the first scheduled home game for the Seattle Seahawks against the Tennessee Titans, and when we could see a full house once again in the stadium.

The NFL suggested stadiums will allow full occupancy in the fall, based on local guidelines and trends. Eight franchises have announced that will be at full capacity. The Seahawks are not one of them, yet.

"My attitude is like my blood type, B-positive. So we're going to be as positive as we possibly can. Unless they tell us something different we're going to be full-bore," said Silver Cloud Inn General Manager Bill Weise.

The Silver Cloud Inn, which includes a bar, had to lay off or furlough 90% of its staff because of the pandemic as occupancy rates fell off the chart.

Weise staffed up today to answer the expected calls for booking.

As did the Embassy Suites on the north side of the stadium.

"We are very optimistic about what the season looks like this year," said GM Nick Kuhns on Wednesday, hours before the Seahawks schedule was released.

Kuhns said there is "pent up demand" for rooms after a year when occupancy rates on Seahawk gamedays, without fans, hovered at 10-20%.

It doesn't take a mathematician to see what is at stake.

His full hotel, based on rack rates for a two night stay around a Hawks game, brings in roughly $150,000 in room charges. King County's hotel/motel tax of 15.7% adds another roughly $24,000 for sectors including housing and the arts. That's just for that one hotel, on one weekend.

Both GM's say the hotels have loosened their cancellation policies because of the uncertainty.

As for the Seahawks, in a statement posted online, the franchise said it is "actively preparing" to host fans in the fall, and "specific guidelines for Seahawks gamedays will be communicated later this summer."

Of the 650 adults who responded to a recent poll, about 35% said they feel safe attending outdoor sporting events right now. Another 13% said they'd feel OK attending in one to two months; 16% said they'd feel comfortable in three to five months; 15% said six to 12 months. Eight percent of respondents said they want to wait more than 12 months before they would feel safe attending an outdoor sporting event, and another 13% were unsure.