Shane Rogers, owner of No Limits Aviation, is buying Brooks Seaplanes and hopes to have it operational again this summer after last July's fatal mid-air collision. 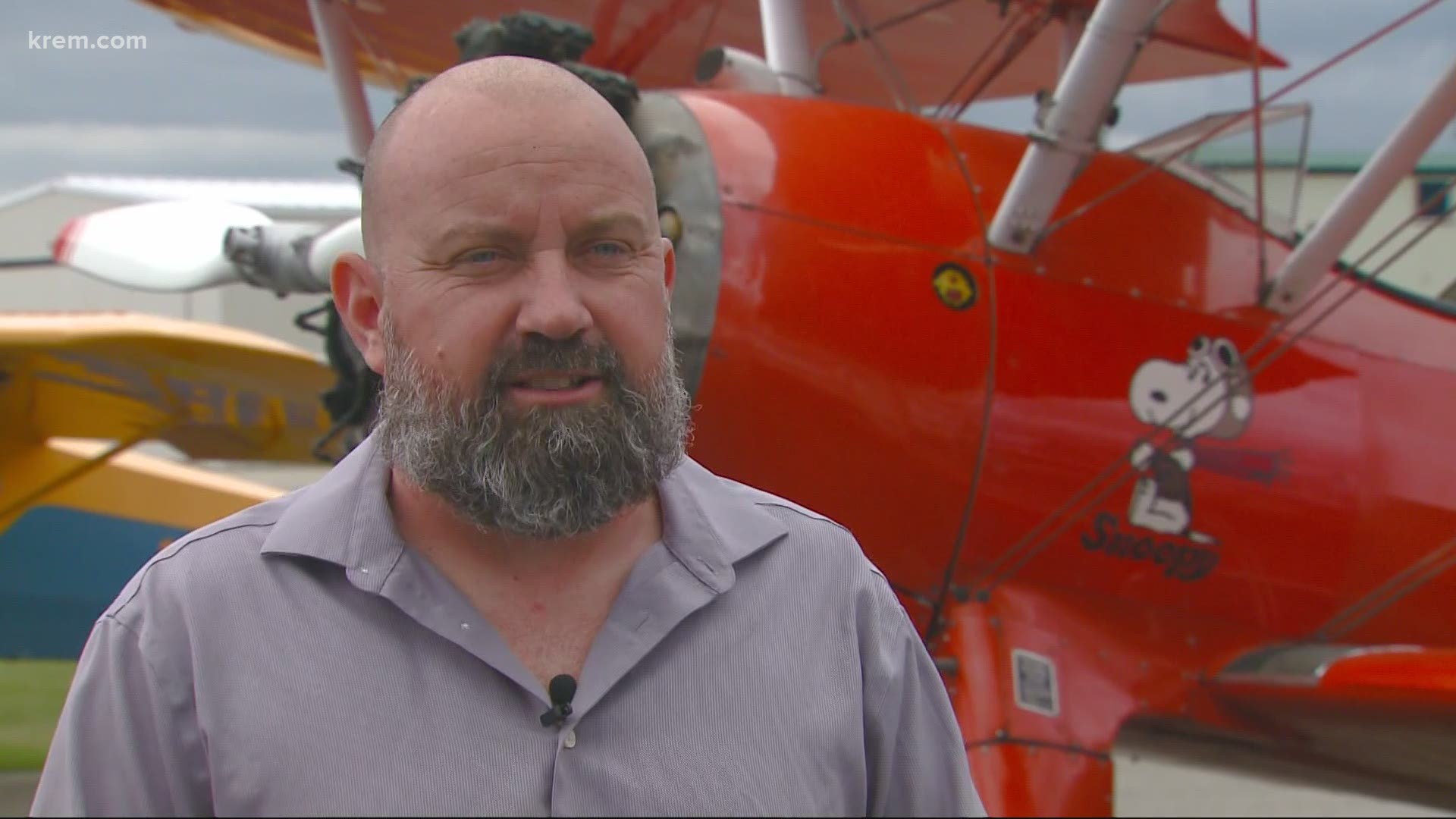 HAYDEN, Idaho — If all goes to plan, Brooks Seaplanes will have a new owner by the end of July 2021, and the new owner plans to both keep the company's traditions alive while also increasing safety measures.

Shane Rogers owns No Limits Aviation in North Idaho, and soon, he'll be the owner of Brooks Seaplanes.

"I thought, some day, I'm going to buy this, and I thought it was going to be 20 years down the road," Rogers said. "Things have changed because of circumstances, and we were able to have an opportunity sooner."

The circumstance Rogers referred to was the July 5 mid-air collision over Lake Coeur d'Alene. The crash killed Brooks Seaplanes owner Neil Lunt and seven others.

Rogers said he plans on keeping some of the traditions that Lunt created going when he takes over on the water.

"We'll have a Beaver back," said Rogers, referring to the DHC-2 Beaver aircraft involved in last year's crash. "I mean, a Beaver is just what's always been there for the most part and what everybody wants to see. So, we'll have a Beaver there. We'll likely bring in some other aircraft very shortly after."

He also has plans for safety upgrades on the aircrafts that will be used on flights over the lake. Rogers said the local aviation community has been working together to publish established routes over the lake so that pilots will know where other aircraft should be flying.

In addition to the routes, Rogers also said he plans on adding a device known as an ADSB. Its a newer piece of equipment for the smaller types of aircraft that fly over the lake. It transmits the plane's location to other aircraft, and in turn receives the other aircraft's location.

All of this is in hope of making the location aviation community safer - a community close to Rogers' heart.

"The family that is the aviation community raised my kids," he said. "Really, my kids were raised at an airport. We would exercise, all of my kids learned how to ride bikes at airports. We've done a lot, and I can go across the country, and there's people at airports all around that welcome us with open arms."

Rogers also runs a program to introduce local middle and high school students to the aviation industry. The program has more than 100 kids, much higher than the seven or eight that Rogers said he thought would join.

The program recently caught the eye of Idaho Governor Brad Little, who paid No Limits Aviation and the program a visit during a recent trip to North Idaho.