Beacons are devices that send signals for help if someone is trapped below the surface. Local stores are nearly sold out since the Silver Mountain avalanche. 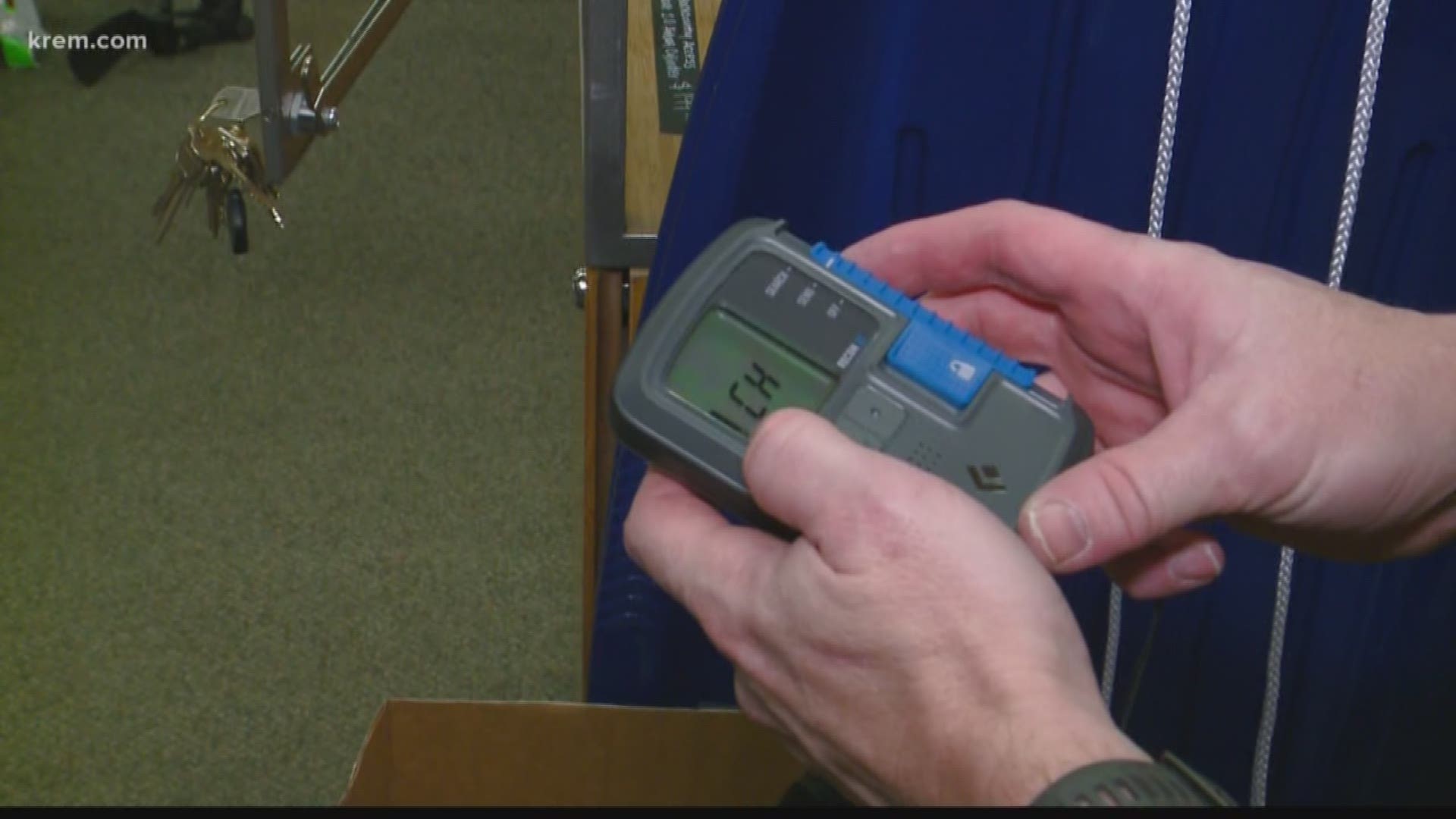 Two people died in the avalanche and four were rescued near the Wardner Peak area at Silver Mountain. One person is still believed to be missing.

First responders have not said how they located the people trapped under the snow, but one way they could have found them is by using beacons.

Beacons are devices that send signals for help if someone is trapped below the surface. Local stores said since the incident they've received a lot of questions about these devices.

The REI Co-Op in Spokane said since Tuesday they’ve almost sold out all of the beacons they had in stock.

Kevin Pardue, the stores sales manager said he is answering a lot of questions about safety equipment.

"People kind of panicked about it. We've sold four of them just this morning,” Pardue said.

The devices are used for people going into avalanche danger areas. They send out a radio signal, which is picked up by another beacon.

"Without beacons, you are just doing a probe search, and a probe search is super difficult unless you have the basic area of where they are,” Pardue said.

RELATED: Five warning signs of an impending avalanche, according to an expert

Beacons can be lifesaving, but you also need other tools.

"If someone comes in here and just buys a beacon and they don't buy a probe and shovel, what is their expectation? How are they gonna get this person out, if they're down three meters of snow, how are they going to get them out efficiently,” Pardue explained.

Pardue stressed everyone in your group should have a beacon if going into the back country, they should be fully charged and be on “send” mode before you go out.

While beacons are not required at most resorts, some require them to get on certain lifts.

If people caught in Tuesday's avalanche had beacons, Pardue said it could’ve made recovery faster.

The most important way to protect yourself, Pardue said, is to trust your gut and follow the rules when on the mountains.

"If you don't think it's safe, listen to that get out of there,” he said.

REI offers avalanche safety courses, as does the Idaho Panhandle Avalanche Center. They show you how to use the beacons and also give you some hands on experience.