The Looff Carrousel and the white elephant both spent time at Natatorium park before the attraction moved to the White Elephant store. Today, they're back together. 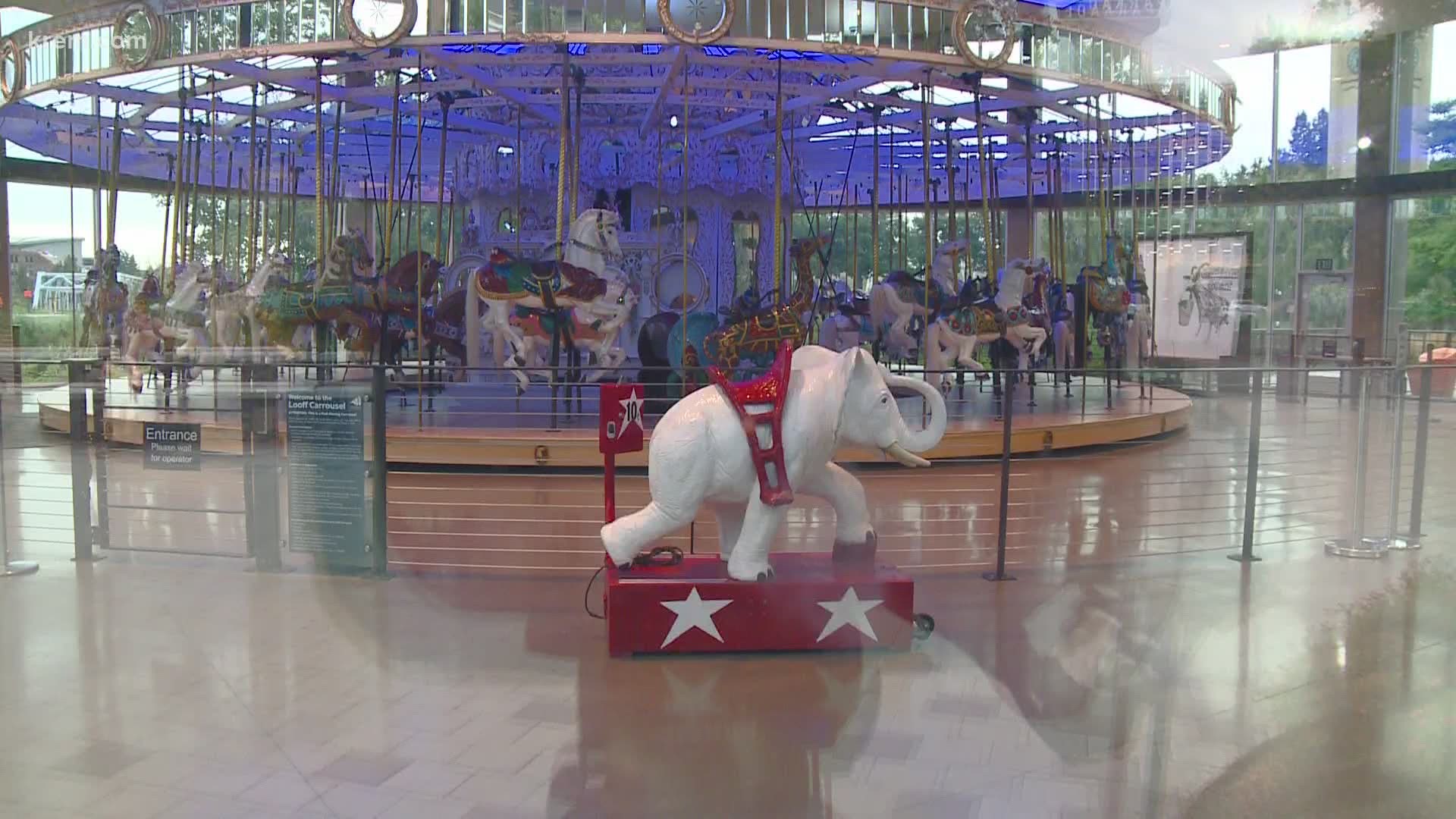 SPOKANE, Wash. — On Wednesday the white elephant ride, one of the iconic figures from The White Elephant stores, reunites with the Looff Carrousel at Riverfront Park.

The white elephant, affectionately named Isadore, spent time at Natatorium park where the Looff Carrousel was also located before it moved to the sporting goods store, according to a release from the City of Spokane.

The Conley family, which owns White Elephant, is quoted as saying in the release that the donation of the elephant is a way to show gratitude.

"We offer our elephant to Riverfront Park to honor our past, seek hope in our future, and express our profound gratitude for the years of patronage, service, and friendship that afforded us a blessed life in this beautiful community. God love ya Spokane," the family is quoted as saying in part.

The ride will cost 10 cents forever as part of the agreement, according to Dickson. During warmer times of the year, the ride may be moved outside of the building she said. The opening date for the ride hasn't yet been announced.