How to use Idaho potatoes to mask gray hair, and other DIY tater tricks

The Idaho Potato Commission is showcasing the many non-food uses of the state's most famous export. 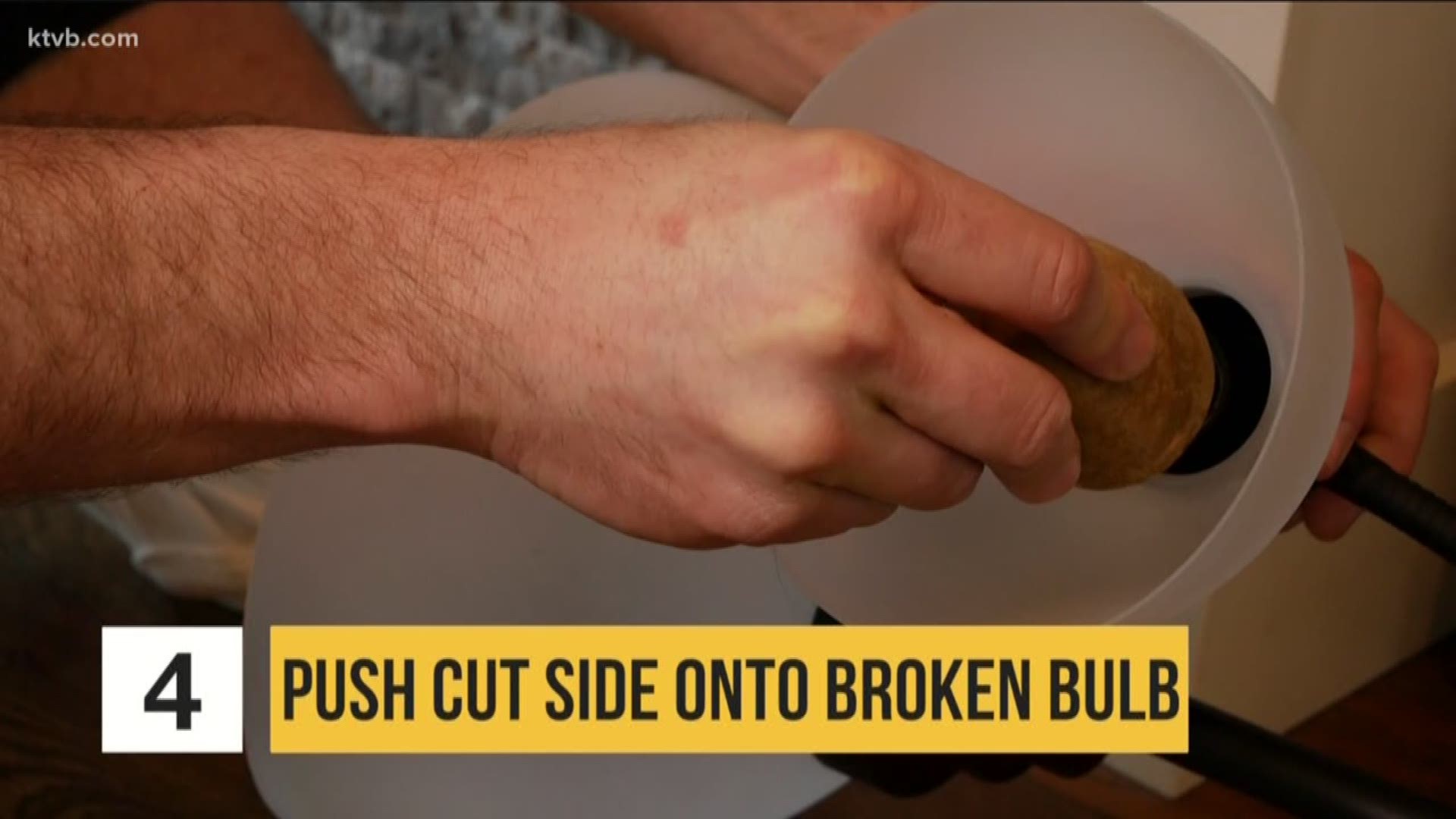 BOISE - We found an unlikely source to help get your life more in balance. It's the Idaho potato.

Numbers from the Idaho Potato Commission show 13 billion pounds of potatoes are harvested in Idaho each year, contributing $4 billion dollars - and 30,000 jobs - to the state's economy.

The Idaho Potato Commission, a state agency established in 1937, is charged with promoting the state's famous tuber.

"My whole goal is to make the potato cool," Muir said.

They're the ones behind the Big Idaho Potato Truck, which is now on its seventh cross-country journey. The six-ton potato hauled on a 18-wheeler flatbed has become a piece of American pop-culture.

"Everybody loves to see it," Muir said. "It's on everybody's bucket list to have seen it."

The success of the Famous Idaho Potato Tour gave Muir and others at Idaho Potato Commission another promotional idea. They partnered with Ivan Nanney, former member of the Big Idaho Potato Truck's Tater Team and Cancun.com's newest Cancun Experience Officer, to create a series of Idaho Potato Life Hack videos showcasing the many uses of Idaho potatoes beyond a recipe ingredient.

The DIY tater tricks include using potatoes to reduce puffy eyes. The video touts the enzymes in potatoes that help reduce water retention under the eyes. They also contain starch, which has anti-inflammatory properties.

Other Idaho Potato Life Hacks include preventing windshield fog, removing a broken light bulb, stamping, and peeling a potato without a peeler.

Another video shows how to remove rust from old cookware. Viewers are told to cut a potato in half, dip the cut end into the salt and exfoliate the rusty area.

"I believe Idaho Potatoes - they're delicious, nutritious - but they're also functional," Muir said. "This is all about showing the functionality and the flexibility and versatility of the Idaho potato."

It worked for the commission more than 10 years ago when they made an online video with actress Dawn Wells, best known for her role as Mary Ann on the TV show “Gilligan's Island.” The video of Wells peeling a potato without a potato peeler now has 12 million views on YouTube.

Muir says good publicity like that helps to spread the word.

"People are like, you're kidding me. You can do that with a potato?" Muir said. "And they just don't believe us so they go try it. So obviously they're using more Idaho potatoes that they're not even eating."

So the next time life throws you off balance or you're just hungry for some good 'ole French fries, consider the Idaho potato.

"It's bouncing back to me all over the place, we're getting media attention for this," Muir said. "You just never know what's going to get people's attention."

To watch all of the Idaho Potato Life Hacks videos, click here.

Here are a few more ways Idaho potatoes can help, according to IPC: