For the past 28 years, members of the LGBTQ + community and their supporters have come together in Spokane. 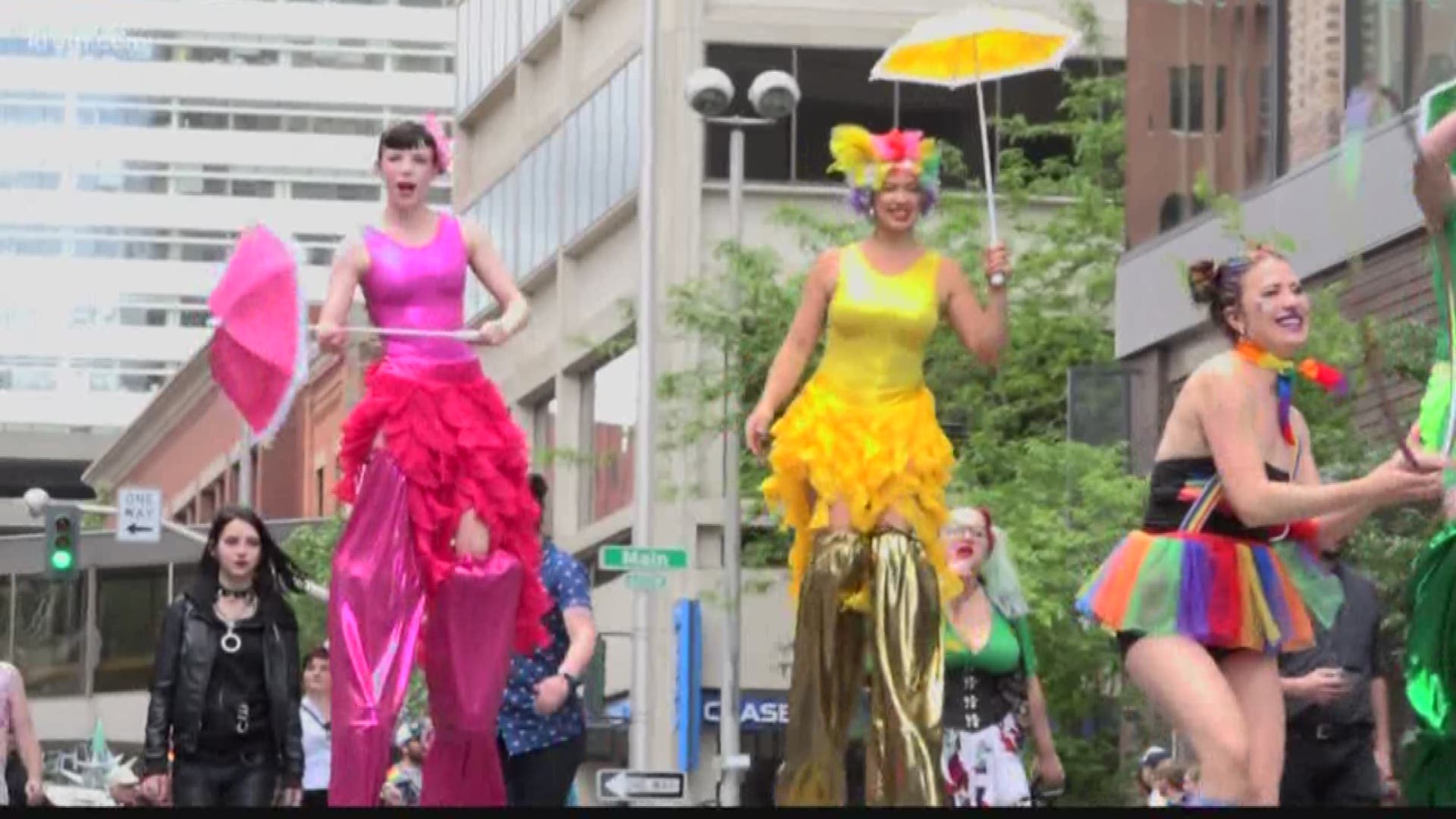 Organizers expected about 20,000 people to join the annual celebration.

For the past 28 years, members of the LGBTQ + community and their supporters have come together in Spokane.

People walked the short parade route dressed in rainbow attire, waving flags and cheering. Spectators were just as enthusiastic, yelling words of the encouragement to the marchers, giving high fives and sharing hugs.

"Pride invokes this sense of community that is so special and unique,” Aaron Miller said.

“I think it is really great to see a lot of people out here,” Crystal Padilla said.

"It shows how much love is in the air and that everyone can come together no matter how different everybody is,” Kimberly Taylor said.

And to parade goers and organizers alike that sentiment meant a bit more this year.

This year's parade theme was "To Thrive, Not Just Survive". Organizers said it pays homage those who jump started the gay rights movement during the Stonewall Inn Uprising. In 1969, a series of riots broke out against a police raid at a New York City bar. The 50th anniversary of the uprising will be commemorated later this month.

Many consider the riots to be a turning point in the struggle for equality for LGBTQ + individuals; however, advocates say the LGBTQ + community and their allies continue to fight for acceptance and equality.

For those who participated in Pride, it is more than a celebration of where the gay rights movement has gone, but a demonstration of where it is going.

"Progress is possible, and I hope that we can become a bigger and stronger community,” Kate Bettinger said.