Local youth sport leaders are voicing their frustrations about the possibility of more games and events being canceled if Spokane County moves back to Phase 2. 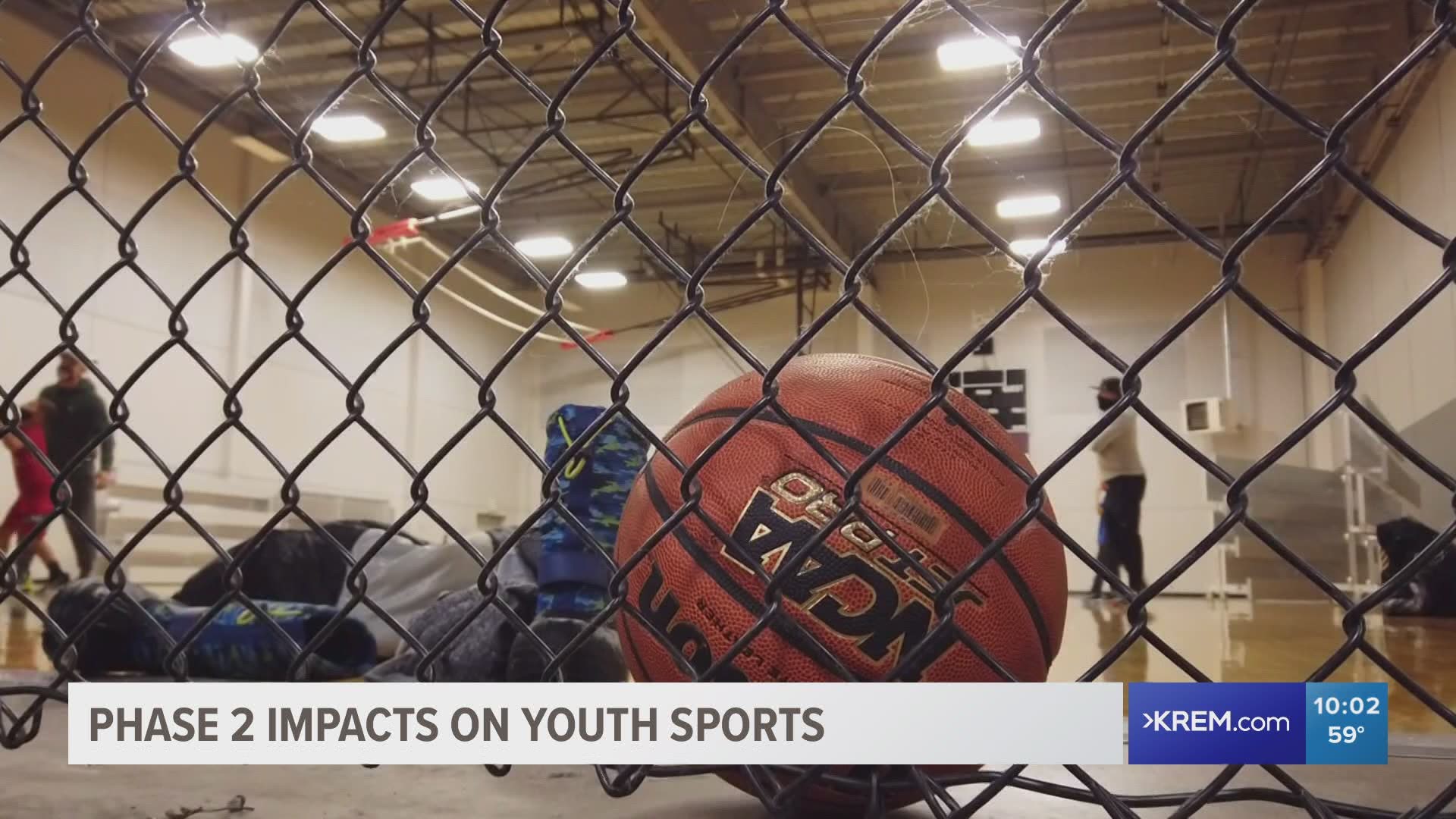 SPOKANE, Wash — Changes are in store for local youth sports teams if Spokane County is forced to move back into Phase 2 of Washington state's reopening plan.

"We've gotten six weeks of being able to do these events again," said Jared Tikker, owner of The Warehouse athletic center. "And seeing the response from parents saying 'I'm seeing a light inside my child that I hadn't seen in eight months,' that was exciting. And now that you have to think about, 'Oh that might be gone'..that's tragic."

If the move back to Phase 2 indeed happens, Spokane County would see all volleyball tournaments and youth basketball games canceled, among other pauses and cancellations.

"Washington was one of the last three states in the country to reopen youth sports, and so there were 47 other states that had figured out a safe return to play for their kids," said Phil Champlin, Executive Director of The Hub recreation center in Liberty Lake. "And that's really all that we're asking for. We understand that there's nothing out there with zero risk, but there's ways that we can do things that mitigate a lot of the risks that are involved."

The biggest sacrifice, Champlin and Tikker agree, comes off the court for local kids. I's not just lost time of play and competition, Champlin said, but a loss of benefit to a child's emotional and mental health.

They're joined by local youth sports leaders across the region, who say they're dedicated to a continued push toward changes at the state level that might help prevent any future youth sports shutdowns from happening again.

"We'd love to push the envelope on what our state says we can and can't do," Tikker said.

"And we've offered different solutions trying to show and demonstrate different pathways for a safe return to play for our kids," Champlin agreed.

"I believe in youth sports, and I advocate for it and I try to get as much data to the people who make those decisions as possible," Tikker said. "But at the end of the day, we can't operate outside of the guidelines."