The shirt is a favorite around Spokane each year, and people had a lot of thoughts about the 2019 edition. 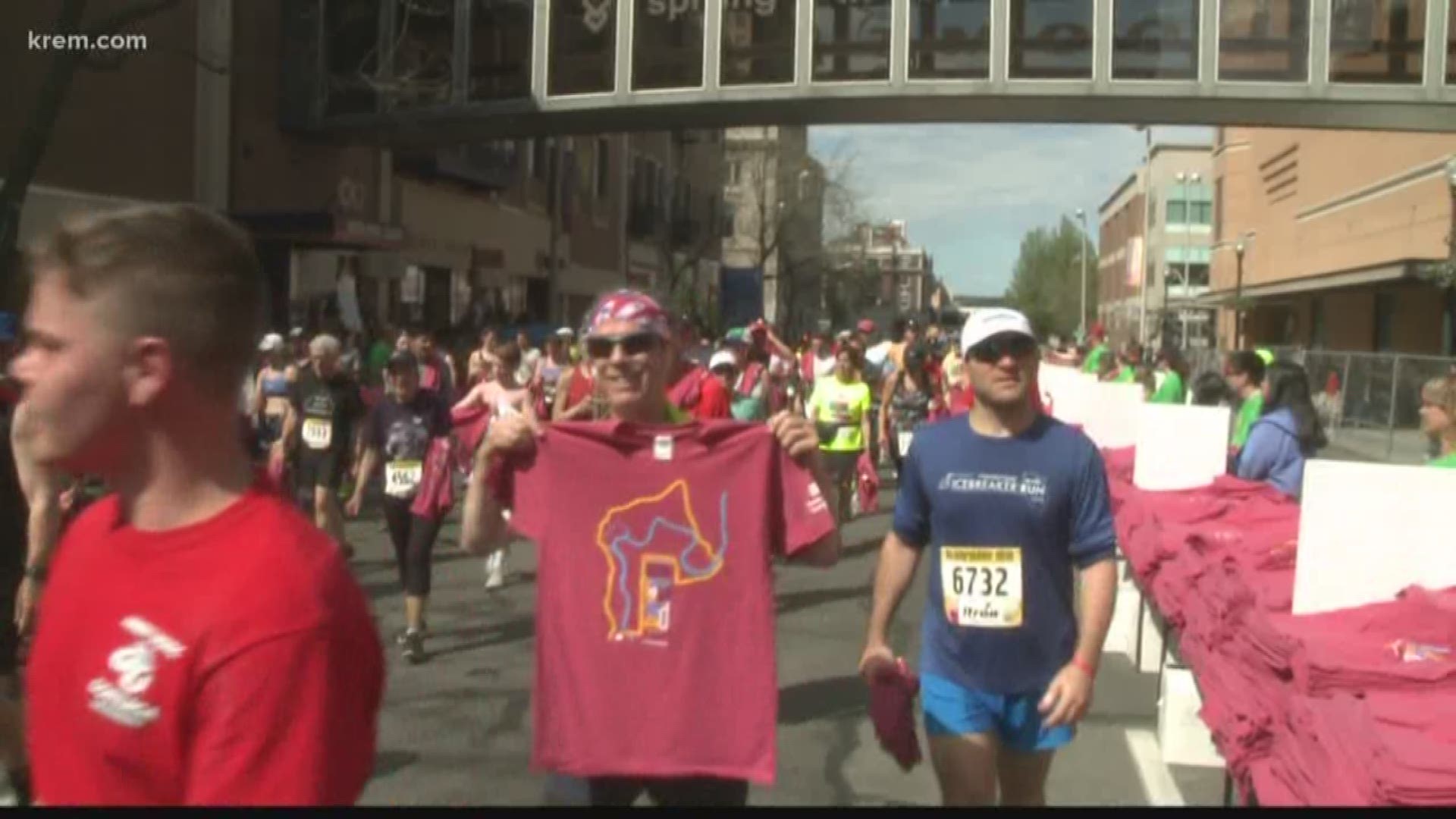 SPOKANE, Wash. — Every year, those who finish Bloomsday get a t-shirt to honor their efforts at conquering the over seven mile course.

While the shirts can be seen frequently around town the day after the race, it isn't uncommon to see the shirt any day of the year.

This year, the Lilac Bloomsday Association went with a pink shirt featuring the layout of the course. It led to a lot of reactions when we posted it on the KREM Facebook page.

Over a hundred comments later, and the shirt has garnered some mixed reactions.

One person pointed out that people will need to be careful when washing the pink shirt.

"Color's good. Watch out when you wash it though," the commentor said.

Another viewer said that while they liked the color, they wished the words "Bloomsday Finisher" would have been a little bit bigger.

The shirt, which only featured the course layout and the words "Bloomsday Finisher," also drew mixed reactions due to the simplicity of the design, with some saying it added to the beauty of the shirt, while others thought it could have had more elements.

But one commentor pointed out that the shirt, like Bloomsday itself, is supposed to be about the fun of getting out and completing the course.

"Even I have some favorites and some that i wouldn’t wear again, but respect the designer and don’t post rude comments about it. Artwork is subjective and we all already know that. (I personally love this years’ design)," the commentor wrote.

RELATED: Bloomsday participants reminisce on what motivates them to run

RELATED: Steve Lee once had a hole in his heart, now he'll be in 40th straight Bloomsday