Soap for a cause: Spokane teen gives back to the homeless

Every month, Donovan Smith works in his kitchen to make soap that he can donate to those in need. 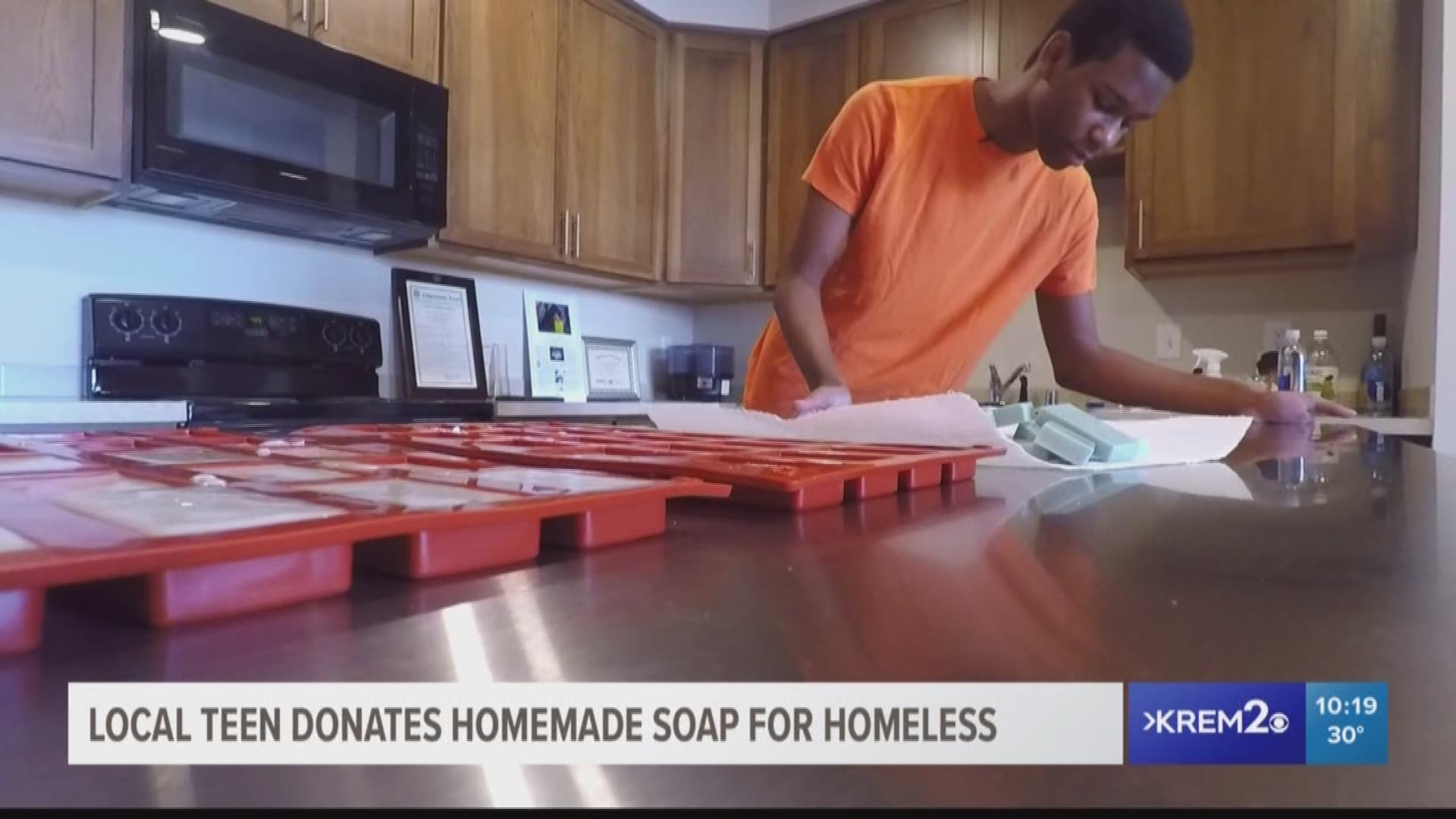 “The thing that drives me to help homeless people was just being in that situation,” he said. “I know what it feels like.”

Nearly ten years ago, Smith was living at a homeless shelter with his mother in Albuquerque, New Mexico.

Little did they know it was going to be those moments that would create something so special that former President Barack Obama would even be amazed by his work.

“Young people like you are tomorrow’s leaders and give great hope for the future,” Obama wrote in a letter.

Smith is only 16, but he’s already donated over 20,000 individual soaps for the homeless. It’s a skill that tossed him into the limelight at a young age and even granted him a store.

He would spend hours creating these soaps and still made it a priority to donate, but the lifestyle became overwhelming. That prompted him and his mother to travel the world before landing in Spokane.

“Different lifestyles, different cultures. I’m glad I took that time out. Not only for myself but to also see what’s going on in the world," he said.

It’s been two months since he moved back to the states from Vietnam, and Smith picked up right where he left off. Last week he donated 400 bars of soap to Jewels Helping Hands at the South Cannon warming center.

He plans on boxing 400 bars of soap each month to distribute around the city. His latest venture is growing a garden so he can eventually donate produce as well.

“You never know how much of an impact soap can do to someone’s life. It gives them their confidence back," he said.

RELATED: 'I had my world view shaken': Cd'A man travels country to document stories of homeless