Thanks to a post in a local Facebook group for 14er enthusiasts, a lost dog has been reunited with her humans. 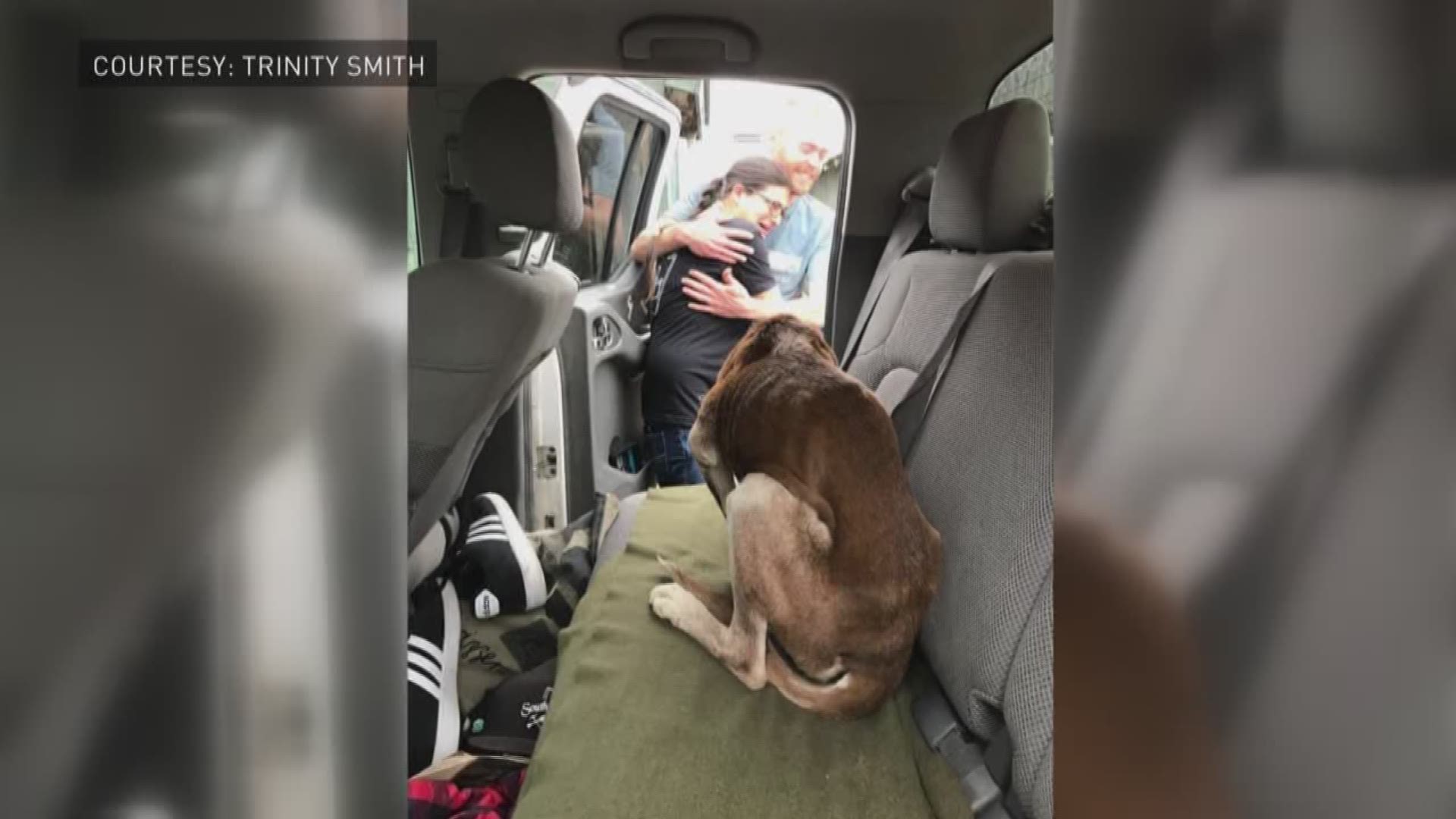 Thanks to a post in a local Facebook group for 14er enthusiasts, a lost dog has been reunited with her humans.

It took several attempts over two days, but Trinity Smith and Sean Nichols were able to locate Chloe, a 14-year-old dog, atop Mt. Bross.

This week, Trinity saw a post on the 14ers Facebook group that someone had heard a dog crying atop Mt.Bross/Lincoln. On Thursday, she hiked up the mountain in search of the crying dog.

She heard the dog but knew she couldn't get to it alone. She had someone take her back up in a jeep, but it was too dark and the class 3 scramble would have been too dangerous.

So, Friday morning, Trinity and her boyfriend Sean Nichols headed up again. They told 9NEWS they called and called for the dog for three or four hours. Eventually, the pup stopped answering.

Nichols says he climbed chute after chute and then, finally, heard a faint bark. Nichols found her and was able to grab her off a large rock and slide back down with her in his lap.

The community near Breckenridge and Alma has been searching for Chloe for nearly six weeks after her owners posted about her on Facebook.

So, when Trinity and Sean headed back into town and a local store to get the dog some food, Chloe's owner had already heard the good news and met them at the store.

A Facebook post from Chloe's family said they had lost her around Aug. 10 and searching for her ever since.

Sean says Chloe is currently at the vet with her owners. She's down to 26 pounds from 85. We'll update as soon as we hear how she's doing!