Susan Webber and Shelby Allison helped turn a wall that was once covered in graffiti into a large mural with a feminine touch. 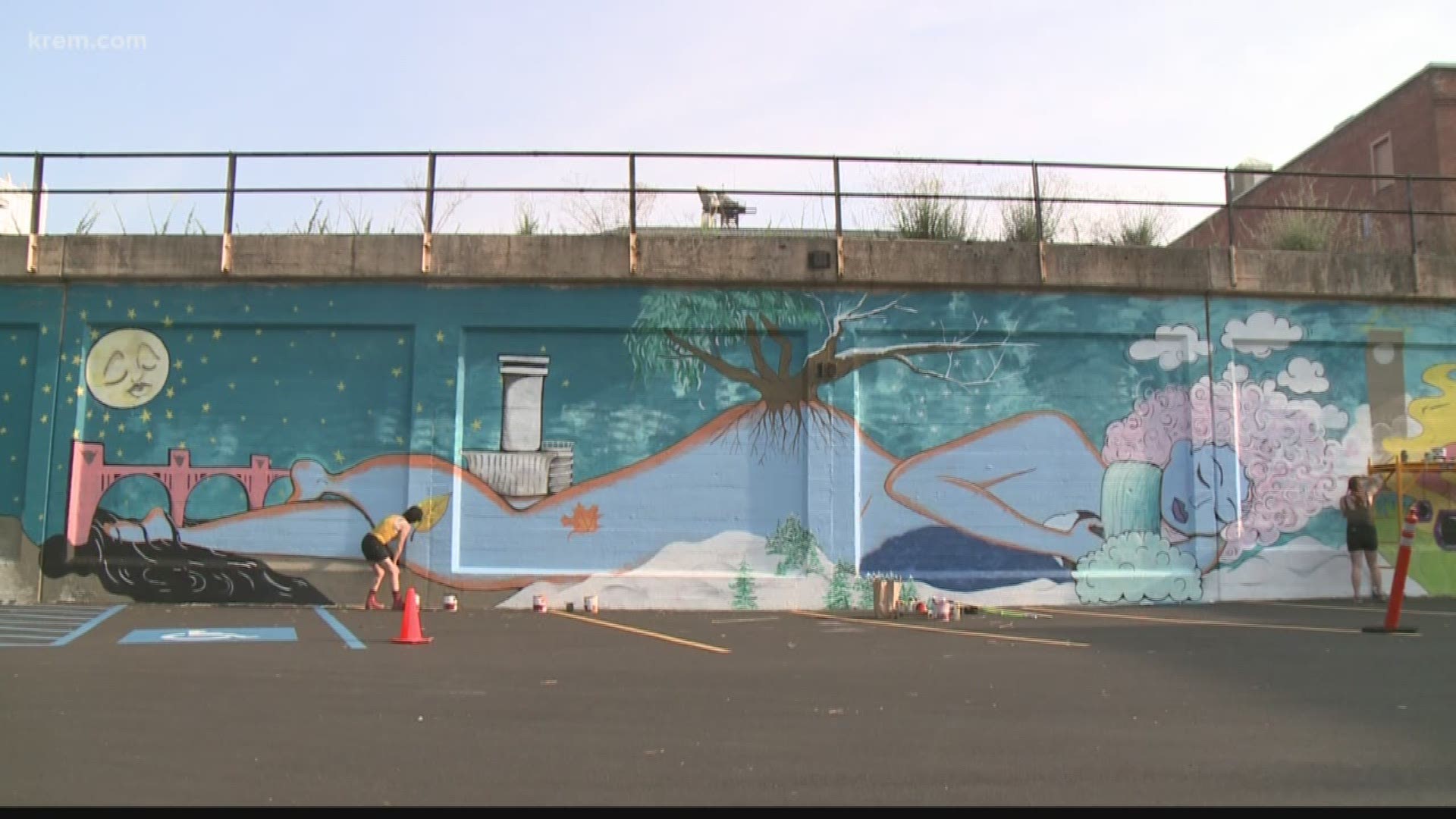 SPOKANE, Wash. — Over the past few weeks, two local artist were hard at work painting a larger-than-life depiction of two women.

These two women lay surrounded by whimsical displays of Spokane landmarks. It is an ode to Spokane with a feminine touch.

"It is kind of representing Mother Nature and the best things about Spokane,” Susan Webber, one of the artists behind the mural, said.

This is Webber and Shelby Allison's first big mural project in Spokane, and they wanted to make a statement.

"At first there was some controversy, because we just had the bodies laid out and people were like 'oh, they are just painting these naked women on the walls',” Webber said.

Over about five weeks their vision became clearer as they made progress.

The wall that is to the right of the train underpass on Stevens Street was, at one time, covered in graffiti, dirt and chipped paint. In April, volunteers with the Air National Guard covered it up, leaving behind a blank canvass.

Spokane Arts put out a call to local artists to take on the project, and Webber and Allison answered.

Webber comes from a military family and moved to Spokane as a child. She said she cannot remember a time she was not doing art. Though she pursued another career path, art has always been part of her life.

Allison also grew up in Spokane. She studied art and graphic design at Eastern Washington University. She said she has seen the community embrace artists and their work.

“It's interesting to watch that change happening, and I feel like for a long time it was kind of stagnant,” Allison said.

With each paint stroke these artists hope to move the art culture forward in the city they call home.

"The arts community here has been expanding really fast lately and we are glad to be a part of it,” Webber said.