With 166K likes and 106K shares on a single Facebook post, Shaketha McGregor is hoping people learn from her humor and positivity 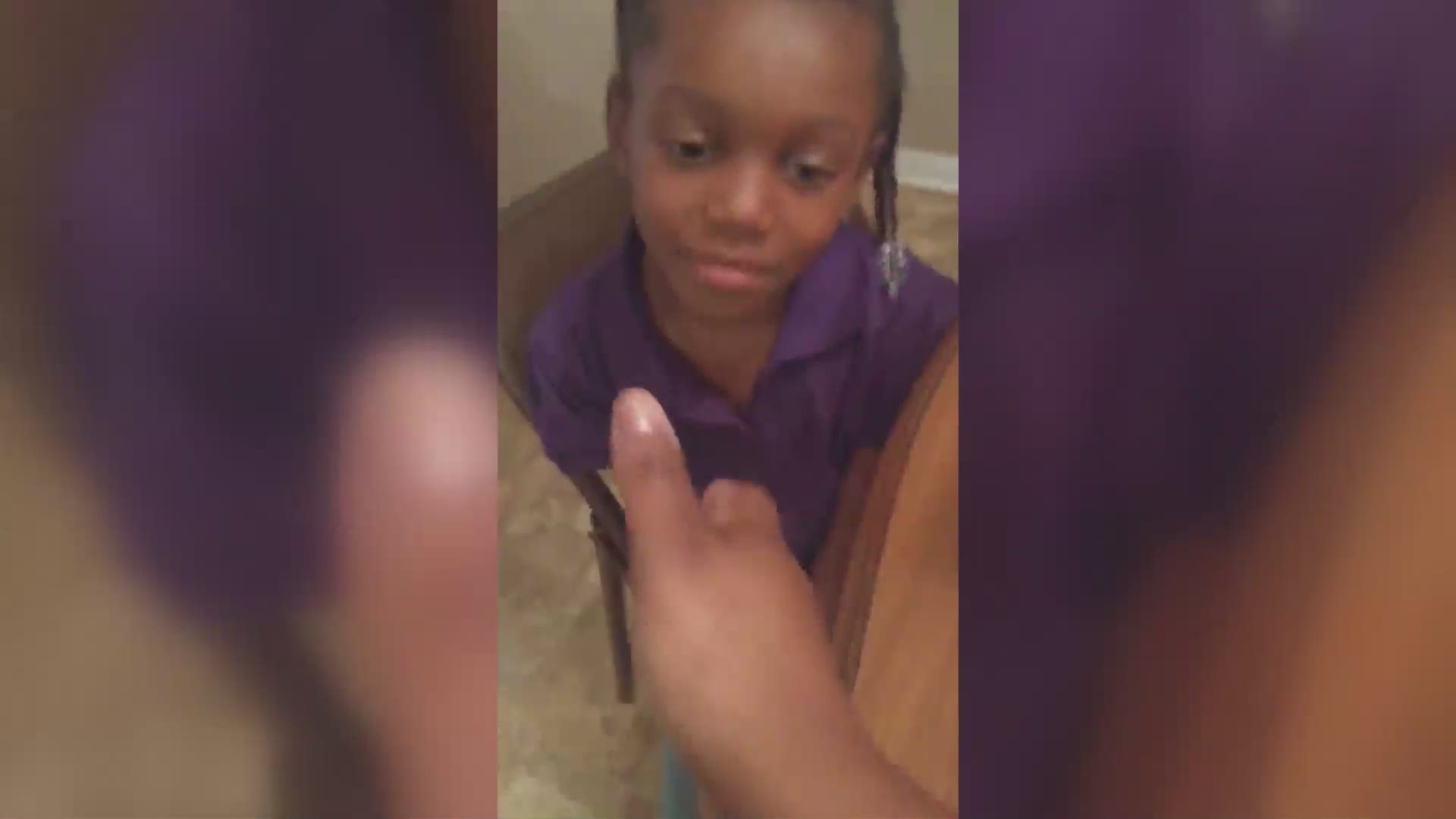 DUBLIN, Ga. — A post circulating on Facebook worldwide is amusing parents and inspiring them to find new ways to reach their children.

Sure, posts go viral all the time and the ‘lightning in a bottle’ moments are quickly forgotten in favor of the next best thing in our 24-hour news cycle, but the brain and heart behind this one belongs to a Dublin woman named Shaketha McGregor who seems destined for something longer term.

On August 13, McGregor made a post that currently sits at a whopping 166K likes, 106K shares and 28K comments. In the post, which is pictured below, she’s seen standing in front of printouts that resemble a job board and job applications for her kids.

In the comments is an overwhelming amount of praise from parents. One in California wrote, ‘So going to do this. My kids think I’m made of money’ and another from Texas said, ‘YES! Way to go mom! Ain't nothing free in the real world.’

To understand how we got to this point, you’d need to understand the hardships McGregor has stared down at to be able to make it in the first place.

In 2016, she was diagnosed with cancer, which forced her to resign from her job and led to a period of homelessness. They eventually found another house, which they lost to a fire in Nov. 2018. Earlier this year, her mother had a stroke that caused an early retirement and she moved in.

In the fire, her kids lost all their electronics, which they are still trying to get again. She says her kids kept asking her for a new cell phone, and any parent knows how persistent the calls for the latest and greatest electronics can be.

“Let me take care of your needs first, then your wants,” she told them.

And an idea was born. She told her three children she’d have a surprise for them when they got home from school. They came back expecting those new phones. What they received was more valuable.

They saw the now-viral job board with three open positions -- kitchen manager, lead housekeeper, and laundry supervisor – some job applications, and the promise of an interview that night in mom’s room.

McGregor says her kids did their homework (without guidance, she added), and then filled out their applications.

Her 6-year-old, Serinity, was the ‘golden’ interview because of her professionalism. Her middle child, Takeia, spoke in a proper British accent to give herself in edge in her interview. Her eldest Jahkeem, who is set to begin driving next year, focused on the important details – how much, how often and what’s the tax rate?

This Mom Means Business Inc.
This is going to hurt me more than it hurts my son 😔

I asked her what she hoped the parents sharing her post will take away from it.

“Creativeness…new ways to educate their children at home,” she said. “No child I know is learning about credit in school. The interview process teaches a lot of lessons that can be carried on through life. Catch your child’s attention.”

It should come as a surprise to no one that the heart behind the viral post is behind a lot of other projects seeking to better the lives of children in Central Georgia.

On Friday, McGregor starts her new job at the Eastman Youth Detention Center, where she will likely be supervising teen offenders.

When she’s not at work and being a mother to her three children, she somehow finds time to lead a youth empowerment group appropriately named ‘I Can Do All Things.’ The group has a female mentoring program named Cupcakes and Conversations, which meets the first Friday of every month at the Stubbs Park Recreation Center. She also self-published a book named ‘Mirror Mirror: My Story. Your Revelation.'

When asked about where she found the inspiration and drive to commit to so many projects, she said, “You never know how much a child goes through unless they sit down and tell you.”

It stems from a conversation she had with her 10-year-old who, when asked, told her mother she was bullied because of her darker complexion and felt the only way to break the cycle of bullying was to end her own life.

So, what’s the end goal for McGregor?

“Motivational speaking,” she answered quickly. “I would love to go to schools, libraries, churches. My heart is in I Can Do All Things and reaching parents.”

If you’re feeling inspired and you only take one thing away from her story, she wants you to remember this…

“Living this life would be meaningless if we didn’t reach someone else. A dream is only a dream unless you put action to it. You can make a difference right where you are.”

This story was written by Andrew Plaskowsky. If you have other story ideas or feedback, you can email him at aplaskowsk@13wmaz.com or follow him on Instagram at @APlaskowsky