So what's a home gardener to do? 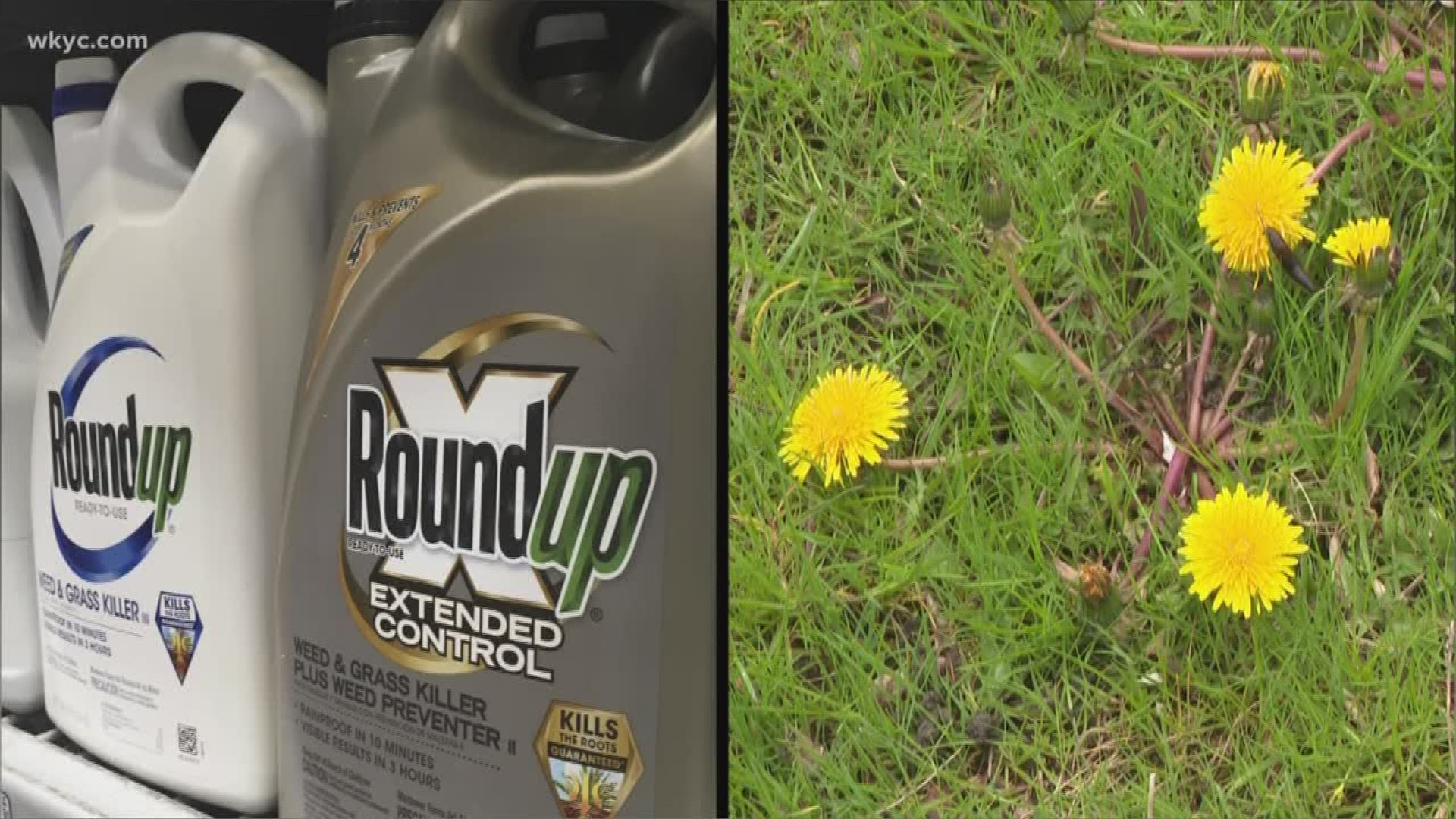 The Environmental Protection Agency is reaffirming that a popular weed killer is safe for users, even as legal claims mount from people who blame the herbicide for their cancer.

The EPA's draft findings Tuesday come after two recent U.S. court verdicts have awarded multimillion-dollar claims to men who blame glyphosate for their lymphoma. Glyphosate is the active ingredient in Roundup.

Bayer, which acquired Roundup-maker Monsanto last year, has reported U.S. lawsuits from 13,400 people over exposure to the weed killer.

The EPA's draft findings in a periodic review conclude that glyphosate "is not likely to be carcinogenic to humans."

However the International Agency for Research of Cancer for the World Health Organization, citing other studies, has classified glysophate as "probably carcinogenic to humans."

Dandelions are popping up in yards all across Northeast Ohio, and the Creeping Charlie is ready to creep.

So what's a home gardener to do?

Alan Eggleston chuckled when asked if he'll "take the bullet" for homeowners who don't want to expose themselves to harmful chemicals.

Eggleston is the franchise owner of Lawn Doctor of Chardon, who is especially busy this time of year keeping area yards weed-free.

And yes, some of the chemicals he uses is Roundup.

But he said he's not concerned about potential dangers because of the months of training and the precautions that he takes when applying lawn chemicals.

If you do choose to go it alone, experts say you should follow similar precautions when applying chemicals to your lawn.