Among the many chains refusing to make employees work on Thanksgiving are major Washington-based retailers. 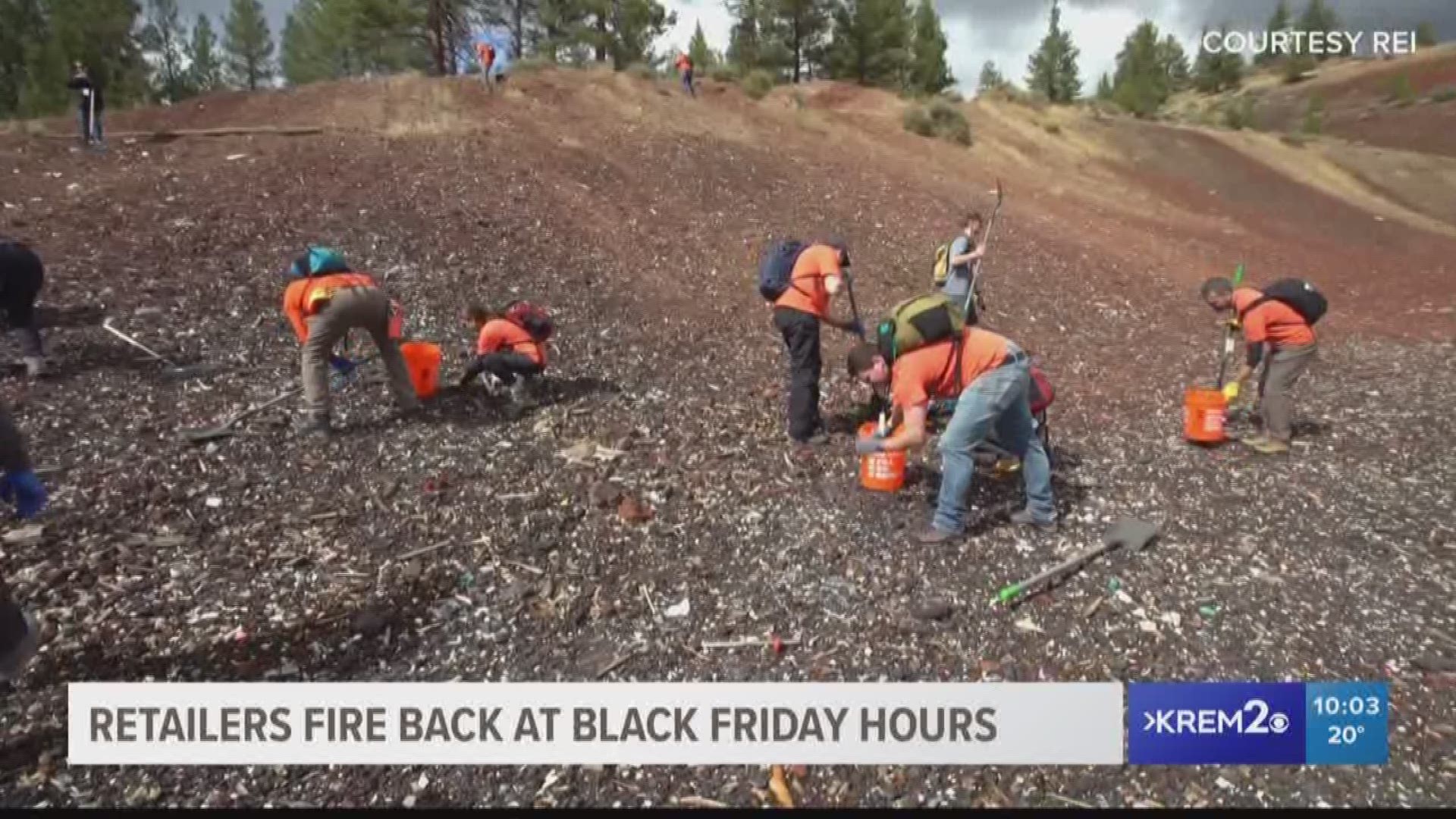 SPOKANE, Wash. — Black Friday used to be known for its midnight rushes, featuring shoppers fresh off their Thanksgiving dinners hurrying to wait in line for deals.

But, as big box stores struggled to fight with Amazon and other online outlets, Black Friday became increasingly more like Black Thursday.

Many retailers started opening up in the early afternoon, trying to assure enough sales to actually put their books into the black.

It's had other effects too, like reducing the crazy late night stampedes, and perhaps most importantly, forcing store employees to work on Thanksgiving night.

The Black Thursday trend has in fact started a sort of backlash in recent years.

Many workers, unions, and the public at large have called for companies to let people spend the night with their families. That is after all what the holiday is about.

And some major retailers agree. Interestingly, some of the biggest ones are companies based here in the Northwest.

Seattle-based department store Nordstrom likewise told us they have traditionally stayed shut until Friday. "Our stores have always been closed on Thanksgiving so that our employees can spend time with family and friends," a spokesperson said in a statement.

Five years ago, they began closing not only on Thanksgiving, but completely shutting down in-store and online sale operations on Black Friday as well.

They wanted to start a movement they call #OptOutside, encouraging their workers and shoppers alike to spend the time with family.

And especially, they're hoping folks will spend that time outdoors, idealy working to clean up the environment, something REI says it also is working to do more as a company.

RELATED: Shoppers line up as some stores open for Black Friday as early as 2 p.m. Thursday