'Would someone like me?': Call for cards to celebrate birthday of young man with autism

Last year, 21-year-old David Bloch asked his 1st question: "Would someone like me?" Join us in wishing David Bloch a happy birthday! 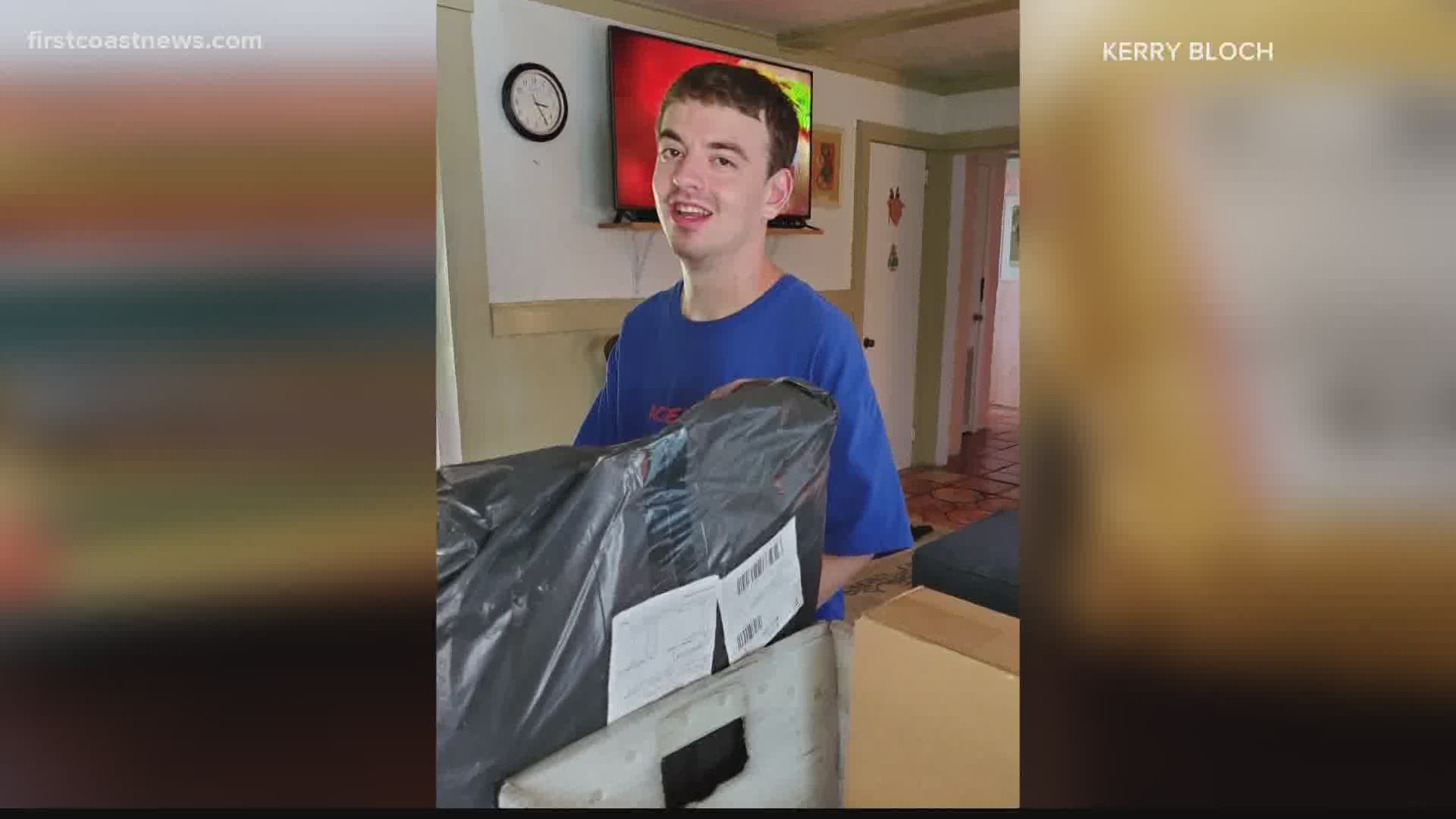 NEPTUNE BEACH, Fla. — It's a rallying cry from a loving family to show a local young man with autism just how much he is liked in honor of his 22nd birthday on Aug. 31.

David Bloch, a 22-year-old from Neptune Beach, asked his mother a question for the first time ever last year: "Would someone like me?" David's doctors have said he's a non-responder, his mother Kerry told First Coast News last year, and his communication deficiencies mean they have never been able to have a conversation.

When David asked his mom if somebody would like him, she said she wasn't sure how to answer, so she took to Twitter, which she uses for support and to talk with other parents whose children have autism. The tweet went viral, as thousands of people from all around the world responded to share just how much they like David.

The tweet got more than 73,000 likes, more than 5,000 retweets and more than 9,000 replies, including a video message from the Jacksonville Jaguars. "You have a whole team that likes you and is a fan of you, David!" the team tweeted.

You have a whole team that likes you and is a fan of you, David!

Now, with David's 22nd birthday on Aug. 31, David's family is asking for support to show him how much he is liked once again. They're asking for people to send Happy Birthday wishes to:

"I just wanted parents to know to never give up on your child, to know that anything is possible," Kerry Bloch told First Coast News. "I want people to know if you know someone with a child who is severely autistic, go visit go offer to give them some help. Let them know they're not alone."

RELATED: 'Would someone like me?' Mom posts question from son with autism to Twitter, gets overwhelming response