The father daughter duo decided to take their dancing skills on the road this summer after Coronavirus restrictions halted their original summer plans. 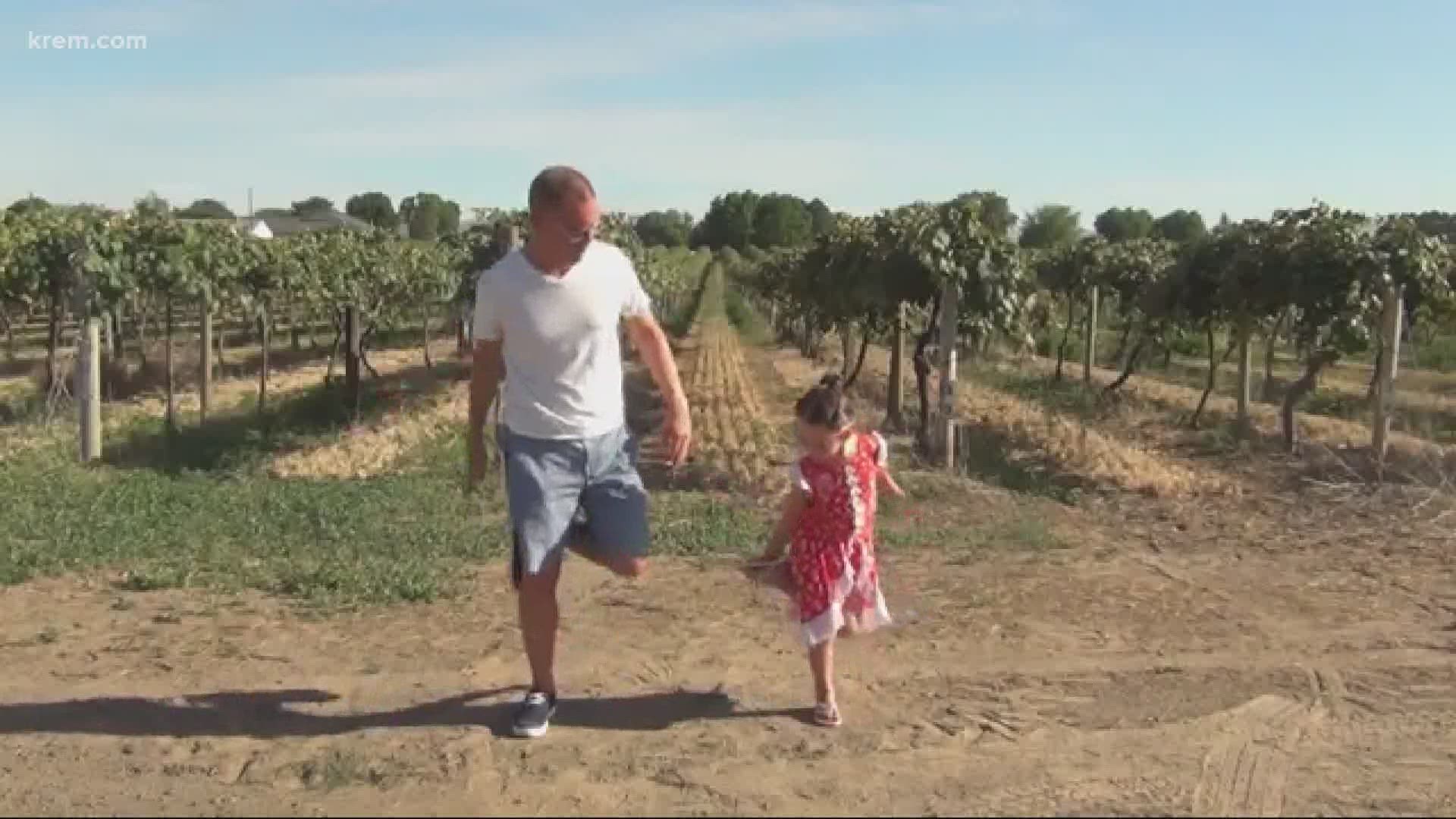 SPOKANE, Wash. — Traveling and sightseeing has been hard to do with coronavirus restrictions in place, but that didn’t stop the Murray family from making the most of their summer.

Instead of an annual Disneyland trip, four year old Kinsley Murray and her dad buckled into their car and drove 25 hours around the Pacific Northwest.

But it wasn’t an ordinary road trip. The father daughter duo stopped at eight iconic PNW locations to recreate a dance from Kinsley’s favorite movie -- Footloose.

It took months for the two to learn the dance to Let’s Hear it for the Boy from the 1984 movie. Then they hit the road, collecting content for their music video.

“When we were dancing all the people watched, and they clapped,” Kinsley Murray said.

They made stops in Silverwood, Seattle, the beach and more. Kinsley’s favorite stop along the way was in Spokane, because she got to ride her bike around Riverfront Park.

After making all the stops and performing the whole Footloose dance at each, the two returned to the Tri-Cities to put together the video. That video got thousands of views on Facebook.

Plus Kinsley said it helped her with her dancing skills. She said dancing to the beat was the hardest part.