The city of Waterville hung banners of each graduating senior's photo on the light poles along Main Street. 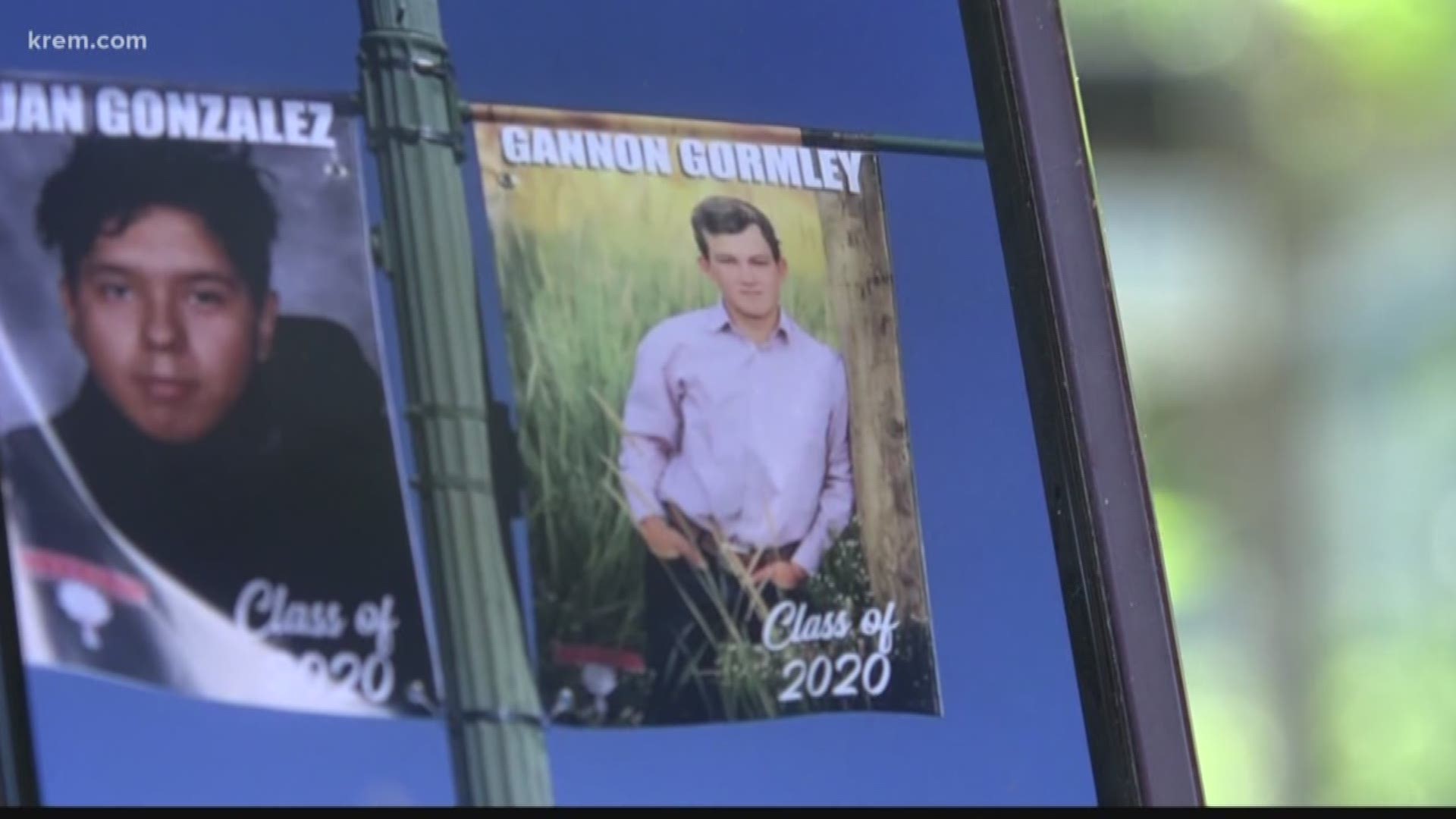 WASHINGTON, USA — Tuesday night, Waterville's Main Street was more congested than most days, with people honking and yelling while driving through the heart of the small town.

But the unusual traffic jam was for a good reason, because the cars cruising by were celebrating Waterville's 2020 graduating class.

The group of 23 seniors picked up their robes, then drove down main street to admire what the town had done for them. Each light pole had banners of the student's senior pictures hanging from them.

"I was trying to think of something cool that we could do that is unusual," Kimberly Gormley, organizer of the senior tribute, said.

Gormley posted her idea to hang the banners on Facebook, and she said within three hours she had enough donations to pay for all of them. So she ordered the banners from a printer in California, then the city helped her hang them on the light poles.

Gormley said the students are liking the display, but the parents are loving it even more.

Now, cities from several western states are contacting Gormley to help organize their own banners. She's had towns from Calfornia to Montana reaching out.

"It makes me behind on all my other assigned projects," Gormley said.

But she said it's worth it, because her own son is graduating high school this year. Seeing the banners hanging made her emotional.

"It feels great, makes me kind of want to cry," she said.