She texted her father's number on 4th anniversary of his death. This year she got a reply

"Hi sweetheart, I am not your father, but I have been getting all your messages for the past 4 years," replied Brad, a man who lost his daughter in 2014. 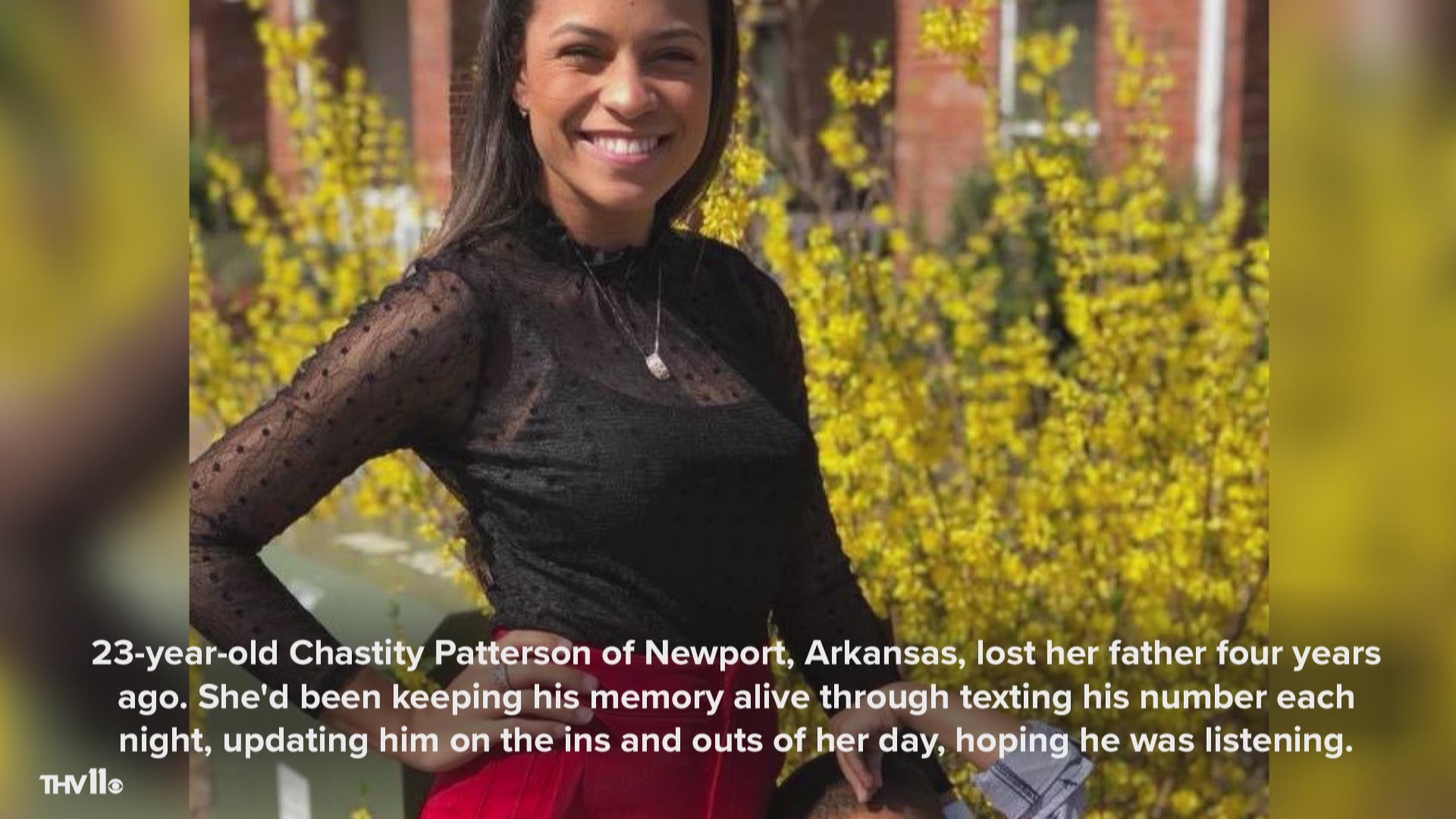 UPDATE: Chastity went on to explain that the man she texted was not her biological father, but that she saw him just as one and called him "Dad."

23-year-old Chastity Patterson of Newport, Arkansas, lost her father four years ago. She'd been keeping his memory alive through texting his number each night, updating him on the ins and outs of her day, hoping he was listening.

On Thursday, October 25, the day before the fourth anniversary of her father's death, she recounted her year.

"Hey Dad it's ME," Chastity said. "Tomorrow is going to be a tough day again."

She talked about how she beat cancer and how she hadn't gotten sick since her father's passing. "I promised you I would take better care of myself!" She recapped how she graduated college with honors, fell in love and got her heartbroken, but she made it through a stronger woman.

This year, she got a reply.

"Hi sweetheart, I am not your father, but I have been getting all your messages for the past 4 years," the message read.

He introduced himself as Brad and told Chastity how he lost his daughter in a car wreck in 2014. "Your messages have kept me alive."

"I'm sorry you lost someone so close to you, but I have listened to you over the years," Brad continued.

"You are an extraordinary woman and I wish my daughter would have become the woman you are."

Chastity posted the conversation to Facebook, her caption saying she can now let her father rest.