As one of Spokane's newest restaurants gets ready to reopen their doors, Chef Froese is grateful for silver linings along the way. 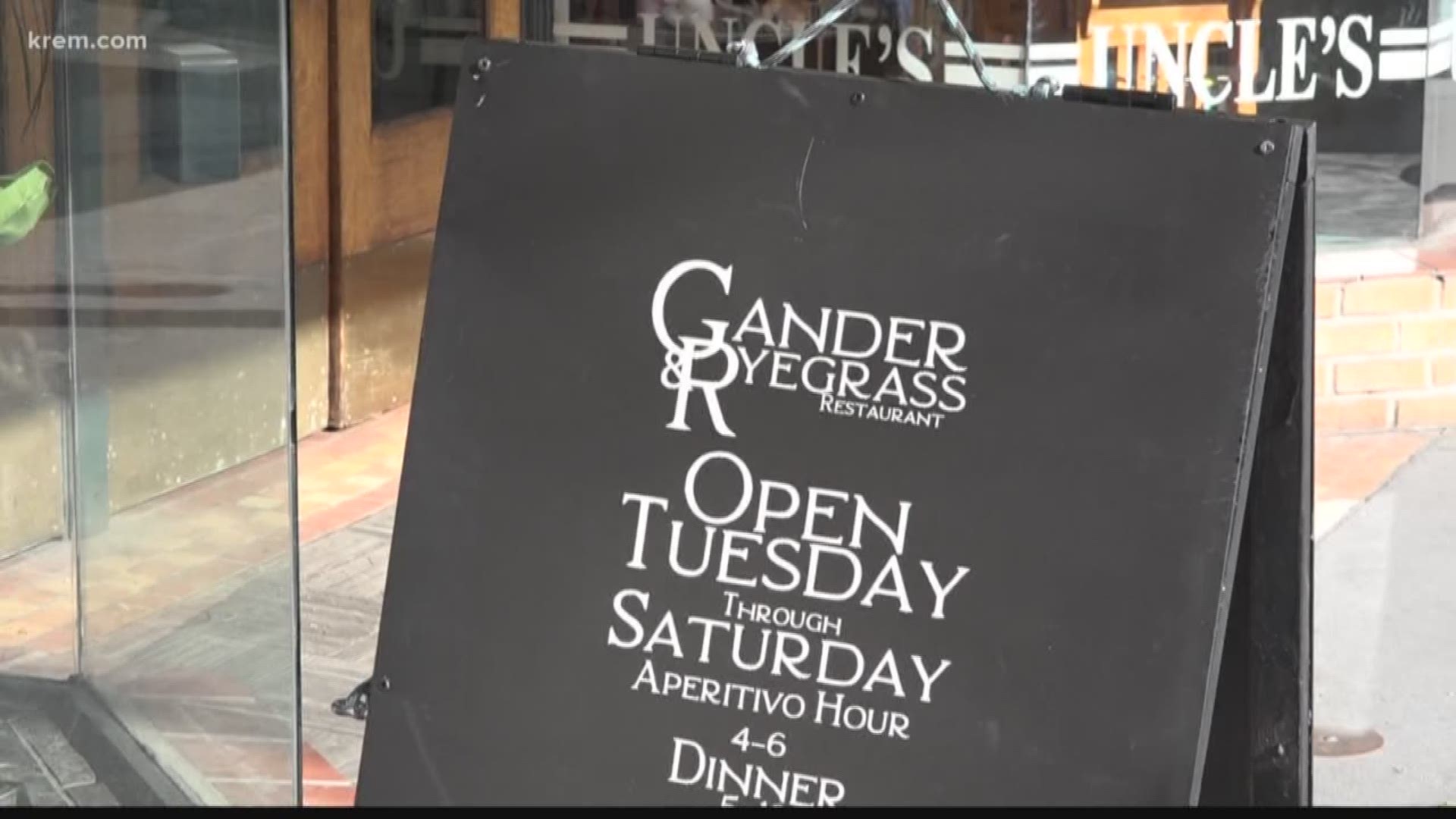 Chef Peter Froese first opened the doors at Gander and Ryegrass back in November.

Seven months later, he's basically getting ready to do it all over again.

The last time we spoke with Chef Froese was during the days leading into his first Inlander Restaurant Week.

His staff was ready.

His menu was set.

And his wife was just days away from giving birth to their second child.

Simply put, February was quite the month for Chef Froese.

"February was our first break-even month," Froese admitted this week during a distanced interview over Zoom, "which is very exciting. It gives us a lot of hope for the future. Sometimes you don't see that for a year."

In fact, Froese says February was so busy for Gander & Ryegrass that the only times he got to see his newborn son were the moments after he got home from work, and the moments before he would leave the next day.

Most of the time, Froese admits, his son was already asleep.

"That was in February," says Froese. "Then March happened."

Statewide shutdowns came quickly for Froese, who found himself forced to let go of his entire kitchen staff shortly after Washington state forced him to close the doors of his 4-month-old restaurant.

"That might have actually been the hardest day out of this whole thing," Froese says. "It's a huge shot to the gut to say 'Look, I trust you guys and I want you to be here, but sorry... You can't be here anymore.' "

After more than a week of being closed, Froese says funding from the CARES Act helped him reopen his doors for takeout, and hire back a majority of his staff-- those who hadn't already found other work.

Together, they rolled out takeout orders of lasagna and sandwiches.

But more orders continued pouring in, as people ordered gift cards and takeout food in abundance, to support Chef Froese's efforts to keep his new restaurant from closing down for good.

And slowly, his own staff once again helped him find his own ways of falling in love with his new menu.

"One time, I just wrote on the menu 'Pistachio,' and somebody made pistachio butter," Froese laughs, thinking about those sandwiches that he never, ever planned on including on his menu. "That was actually a game-changer for me in that sandwich. It was so surprising and delicious and kind of something that stuck with me. I'm very excited about that sandwich right now... But it wasn't my idea."

And as Phase 2 of the state reopening plan continues, Froese is making plans to officially reopen his doors for limited service at Gander and Ryegrass.

But he can't help but get emotional as he looks back at a silver lining from the past several months: time with his newborn son and the rest of his family.

"We had three full weeks where I got to wake up and spend the morning drinking coffee and watching my kids play together," Froese says. "Our two year old has really been a very good big sister, you know? Actually having some good family time was huge, especially after the last year that we've had."

Gander and Ryegrass is aiming to reopen their doors for limited dine-in experience before the end of May, but is still continuing to sell takeout options. You can track the latest updates on the restaurant's website.