Blackberry rhubarb is the newest addition to the local cider house's flavor profile. Three more canned flavors will be announced this summer. 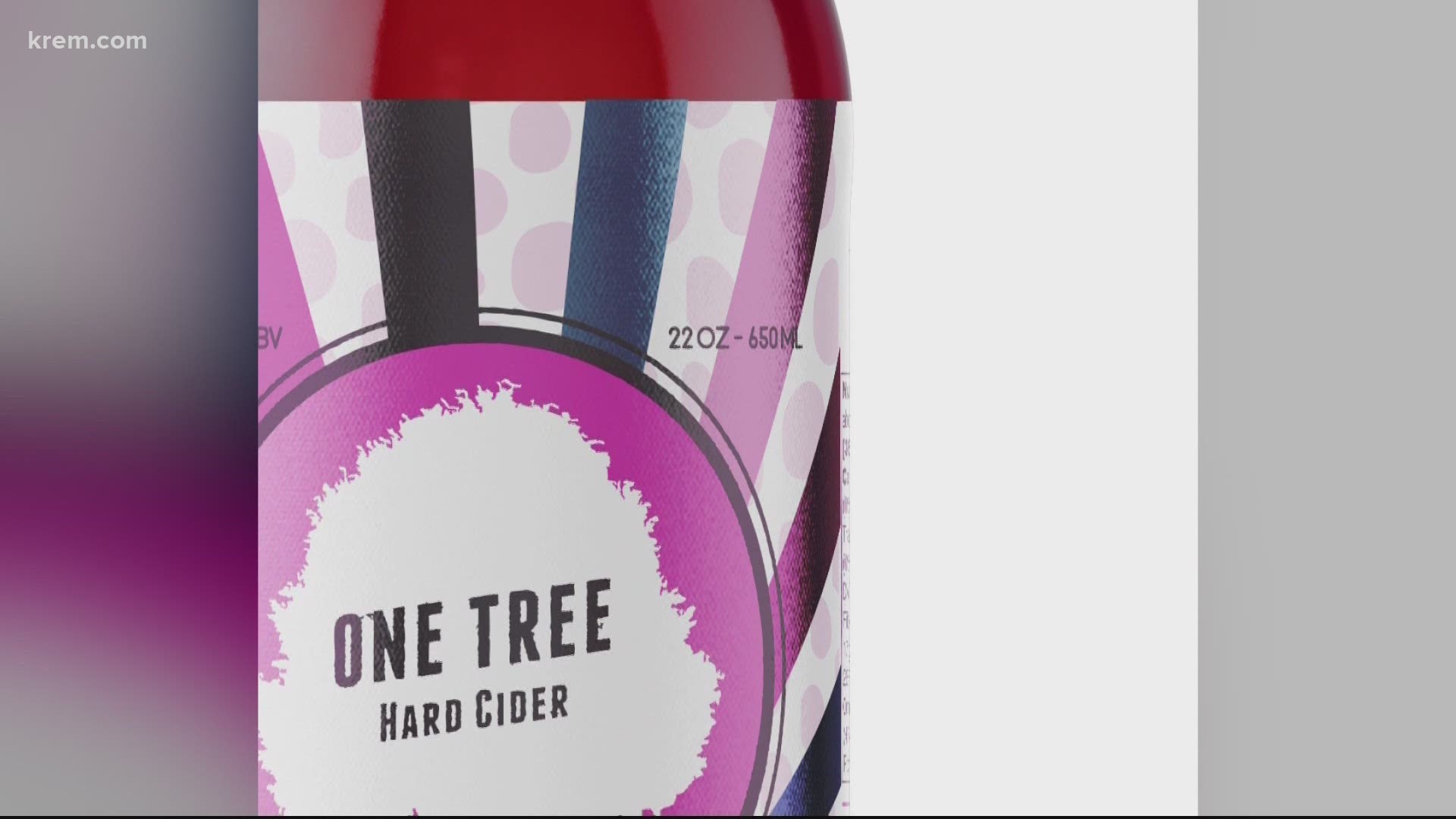 The announcement of the new flavor comes just in time for summer. It will be hitting local grocery stores this week!

The cider house teased the new flavor on their Instagram for weeks. They finally announced the brew on Up with KREM Tuesday morning.

They announced the new flavor on Instagram. The post says "blackberry rhubarb awakens you from your winter slumber with a tart explosion of flavor and a sweet berry finish".

But the blackberry rhubarb cider isn't the only thing One Tree has in store this summer. Pun intended.

Tessa Terrell, the sales director for One Tree, revealed on Up with KREM that three more new flavors will be announced this June.

The new flavors will also have a new look. Terrell says they will be sold in cans.

The local favorite recently got national love. In February, One Tree made USA Today's list of top cideries in the Reader's Choice 2021 awards. Their lemon basil cider was voted number four in the nation!

RELATED: "We want to win" | One Tree Cider House competes to be named best in the nation