‘It feels like I'm still a part of the military’: Retired veteran now serves barbecue on Fairchild Air Force Base

Betty Jean’s BBQ has been dishing out North Carolina cuisine at the military base for the last five years. 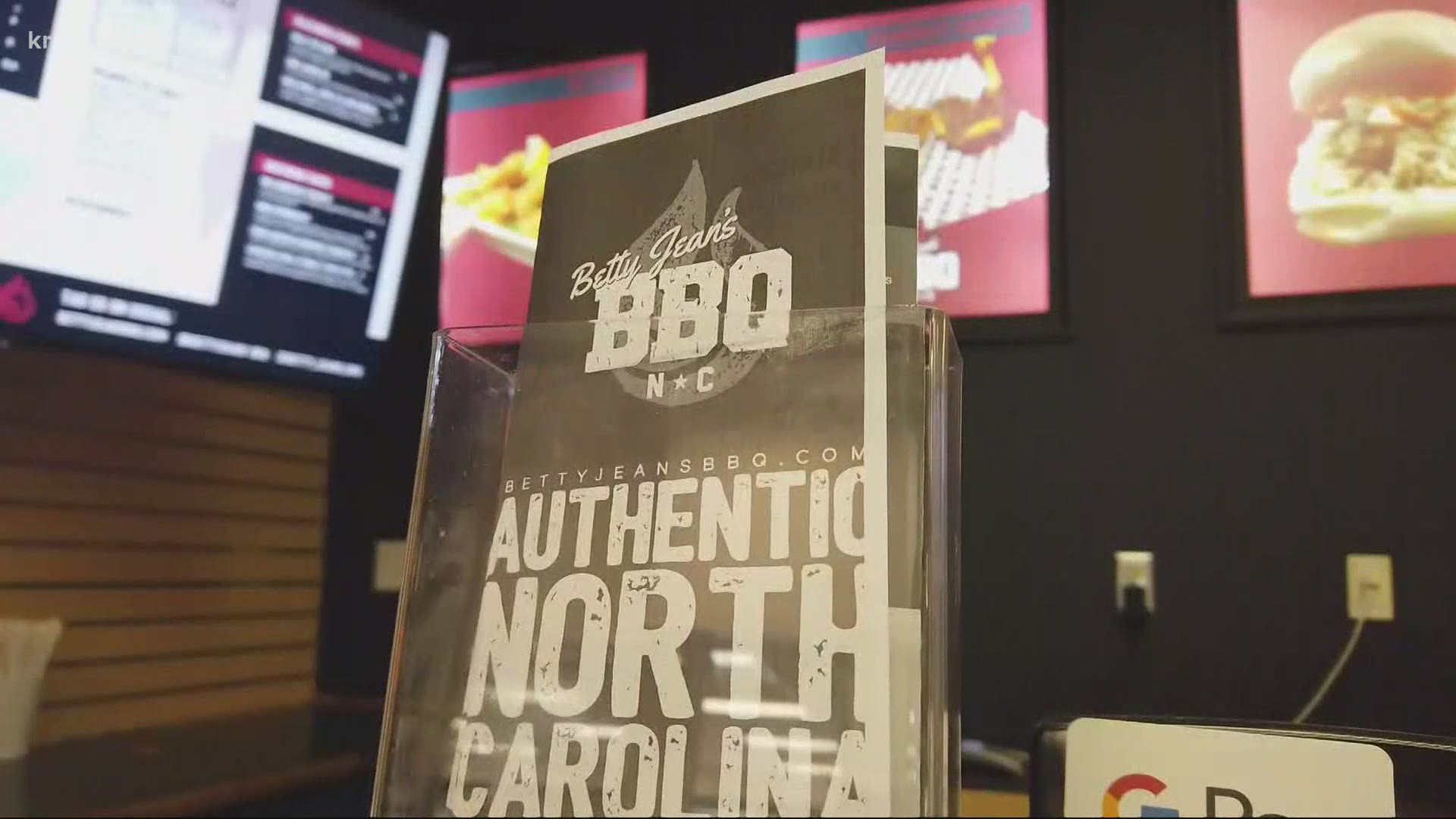 FAIRCHILD AIR FORCE BASE, Wash. — The Carl Maxey Center in Spokane created a directory with all of the Black-owned businesses in the area. On that list and located inside of the Fairchild Air Force Base is Betty Jean's BBQ

The military base is a melting pot with people from all over the country living there. Betty Jean’s is just doing their part to help keep them fed.

“It feels like I'm still a part of the military. I'm doing my part to feed the troops,” said Omar Jones, who owns the restaurant.

Jones is a retired veteran who served in the Air Force and Spokane is where he hung his boots up before going to culinary school.

With recipes inspired by his grandparents, Betty Jean’s is a true family business.

They've been open for the last five years and most recently signed another five-year extension to remain at the military base.

To help keep their customers in shape, they hand trim extra fats off all the meat they sell.

“We still want to ensure that you're getting the southern taste without all the unnecessary added calories,” he explained.

Jones knows what the life of a soldier is like. When he was stationed overseas he would cook for hundreds of his peers.

At the time he wasn't getting paid but it was those moments that helped craft the love of what it is that he does.

“When the troops come back and say hey man, I was downrange and I missed your food and I'm glad to be back. It feels just like I'm coming home to see my grandmother when I was coming home and coming back from deployment.”

Owning a business has come with highs and lows especially in the middle of COVID-19.

The reward from feeding his community helps balance that out.

He's not just serving food. He provides experiences for some of the hardest working people in our country.

“I've brought influences from many people and places that I've been into my food,” Jones said. “It's like the culmination of my life basically.”