Beck's Harvest House says the cherry harvest is so good this season he's considering it a "bumper crop," an agricultural term for a crop with a unusually high yield. 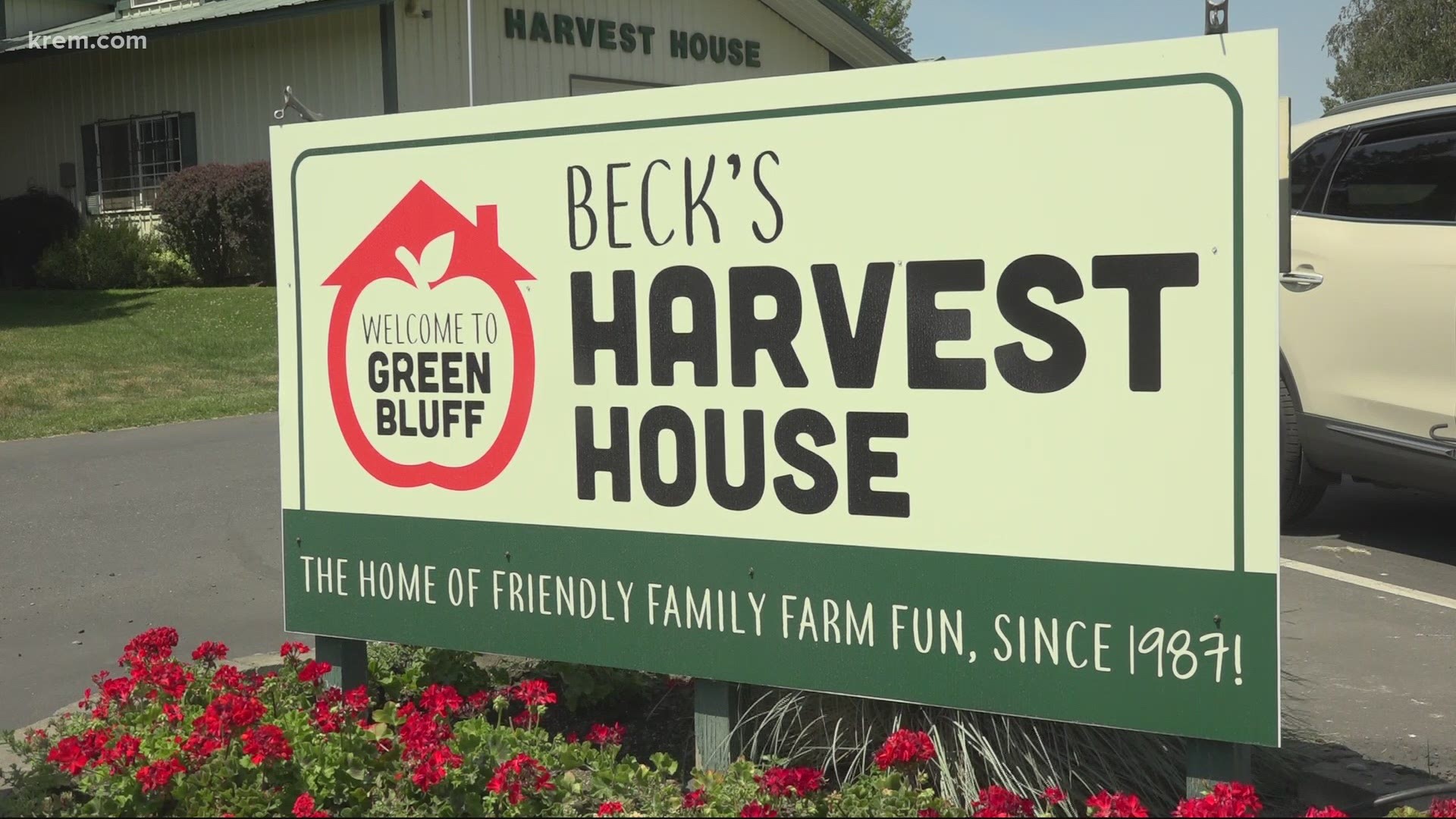 GREEN BLUFF, Wash. — It's been a good summer so far for Beck's Harvest House, as the fruit crops have produced a high yield despite the ongoing high temperatures and extreme drought conditions.

According to Todd Beck, owner of Beck's Harvest House, this year's crop may be one of their best yet.

"We have a ton of cherries out on the trees right now," he said. "We've had, during bloom set, we probably have one of the best sets we've ever had, which means that just about every blossom set into a cherry this year."

The cherry trees at the fruit farm are packed despite the historic heatwave the Inland Northwest seen. The crops have also braved the extreme drought conditions that have been present in the Spokane area.

"We'd love to have a little bit more water, but the crops are still out here," he said. "They're loaded. All the crops, whether it be cherries, peaches, apples, the trees are loaded this year. We really hope people will come out and take advantage of these great crops and pick some fruit."

The yield is so good that Beck said its considered a bumper crop this year, an agricultural term for a crop seeing an unusually high harvest. Just because the harvest is good, however, doesn't mean the crops haven't felt the effects of the heat. Beck said there are so many cherries on the trees, the lack of water caused by the drought is making the cherries grow a little smaller than their maximum potential.

Just like the crops, the customers are also pushing through the heat.

"At this point, we're kind of getting used to it. At least we're getting cool evenings and that type of thing," Beck said. "So, we're having still a lot of people coming out late in the afternoon. Definitely, the crowds are not quite as intense as they are earlier earlier in the day right now, but we still have a lot of people coming out to see and enjoy what's going on out here."

Beck also said the high yield has led to cherries growing on trees close to the ground, making it easier for a certain group of pickers to get their fill of fresh fruit.

"it's such a great opportunity for the kids to come see where fruit comes from and how it grows from the tree and being a part of that process of actually picking their own fruit off the tree and eating it right there out in the orchard," Beck said.

Beck's Harvest House is seeing some other effects of the drought as well. The grass is already brown and drying out, Beck said, something that doesn't normally happen until late in the summer. Due to this, the farm has stopped mowing to help eliminate fire risks.