The small play area features a TV with Netflix and video games, a chalk easel and Leap Frog Pads. 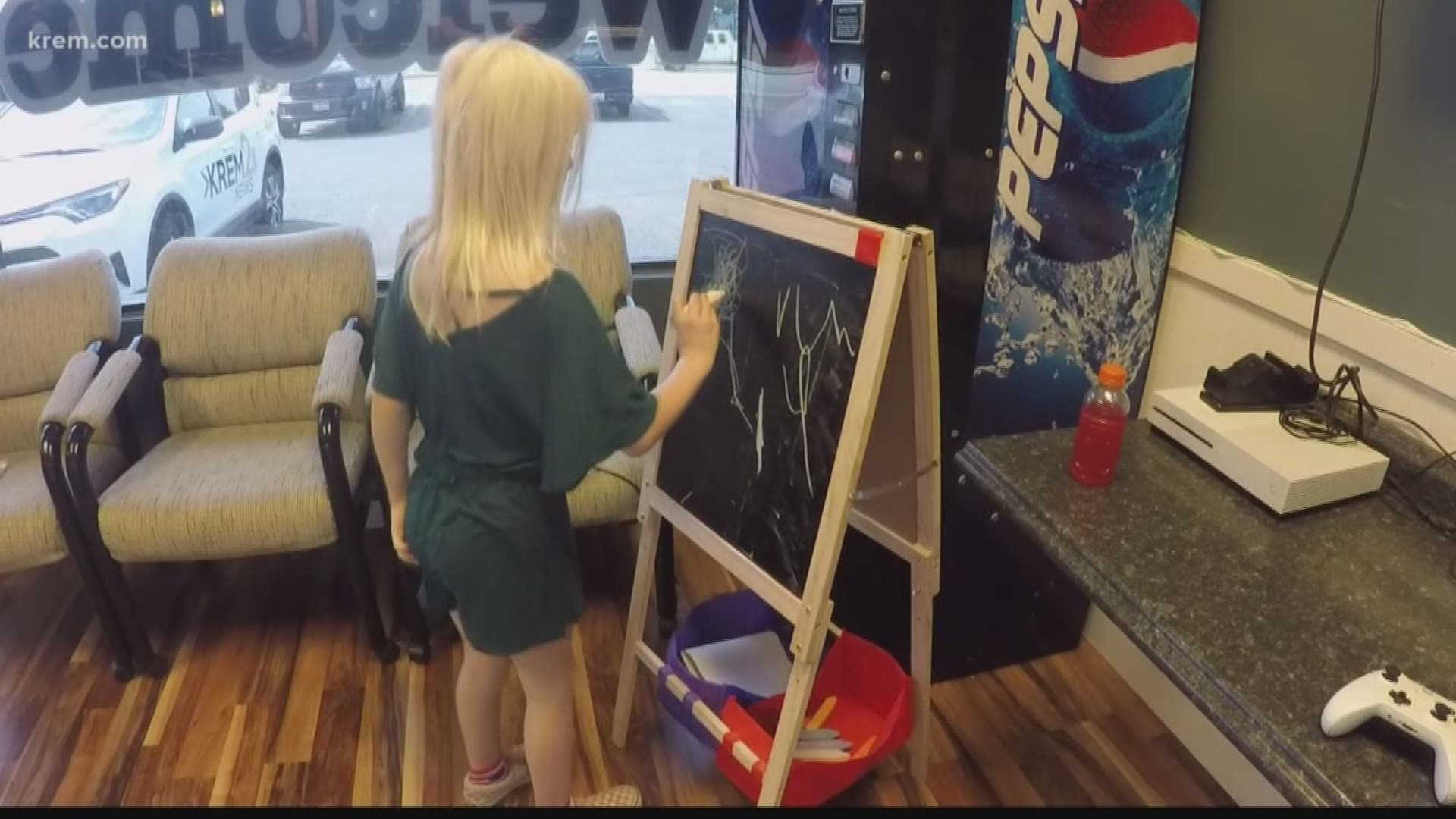 SPOKANE VALLEY, Wash. — A new tattoo shop in Spokane Valley has opened its doors to customers and their children, with a kids' corner built into the shop.

The small play area features a TV with Netflix and video games, a chalk easel and Leap Frog Pads for children to be entertained while their parents are in the shop.

Owner Philip Sachs built the corner at the front of the store after constantly seeing children come into tattoo shops bored over his 20 year career.

"It was always kind of frowned upon, because the kids would run rampant. But you can't stop people from bringing their children in with them. I mean, their part of their lives, you know. So you might as well accommodate them. If you accommodate them it entertains them, and they do fine," Sachs said.

Northwest Body Mod just opened a few weeks ago. Since its opening, Sachs' children have been testing out the corner for a few hours every day.

Sachs says that he has received positive feedback so far on the unique set-up.

"Everybody who knows me knows how it's my family above everything. So I'm always doing stuff with them and part of the community. And it's helped. I've had people deliberately come here instead of going to other shops because of their children," he said.