Drag queens reading to kids has been met with overwhelming support and passionate protests. 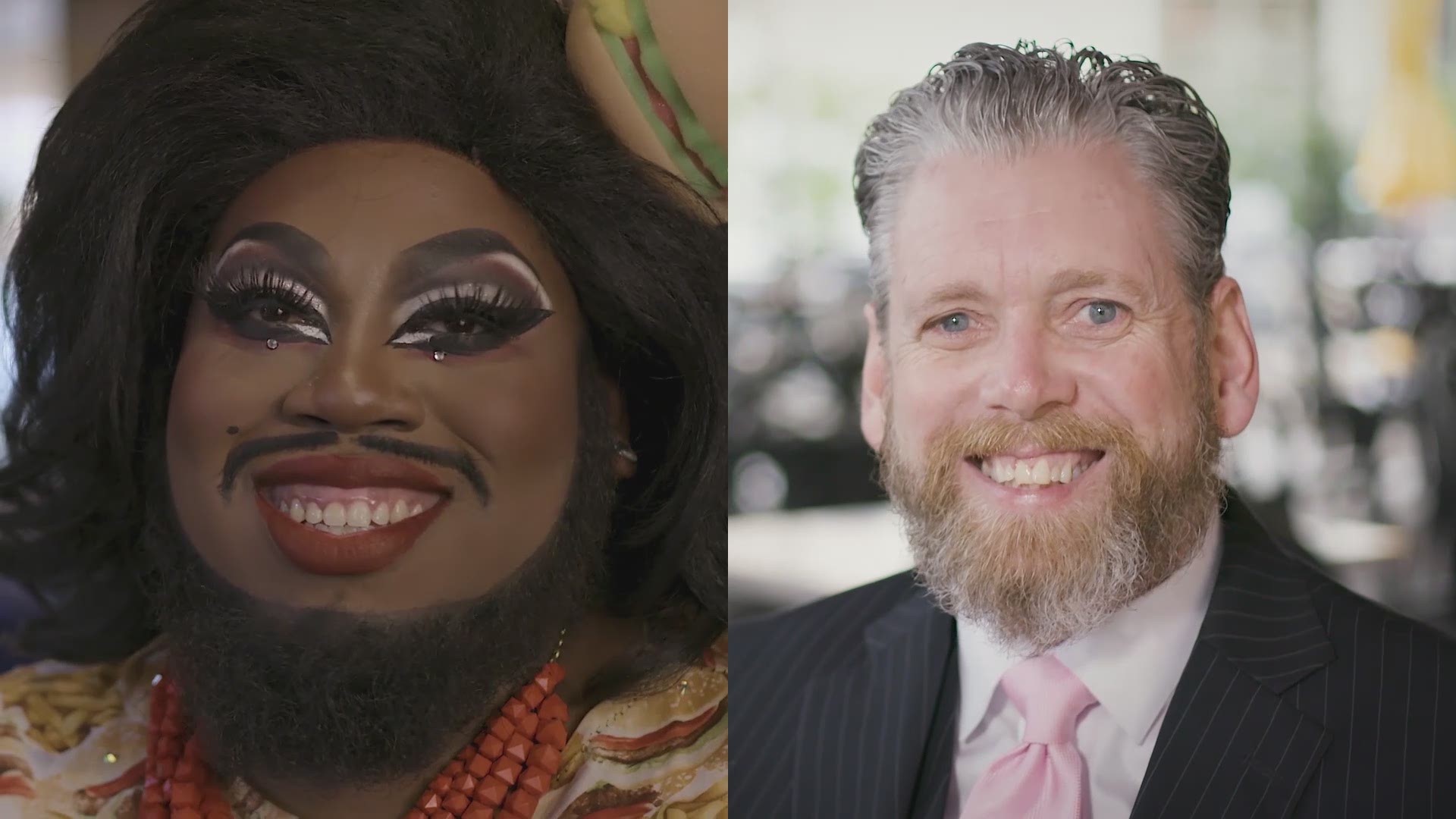 HOUSTON — What could be controversial about reading to kids in a public library? It depends who’s doing it and who you ask.

Drag queens reading to kids has been met with overwhelming support and passionate protests.

In Houston, Drag Queen Story Time started in 2017 and Blackberri was one of the first drag queens to read to kids at a local public library.

A similar program, Drag Queen Story Hour, headquartered in New York, has been around even longer and according to its website, has chapters across the United States, as well as in Sweden and Japan; events take place in different community spaces, including bookstores, museums and schools.

“As queens we are here not to put kids in danger,” Blackberri said. “But to show them queer culture, to educate kids, to make them have a good time. We're just here spreading love, acceptance, peace, instead of ignorance and hate.”

“As a Christian and as a community leader I'm very concerned about what is taking place with the drag queen story times. Not only in my city and the state, as well as all across my country,” Christopher said. “The reason why I'm against drag queen story time is that it's an indoctrination of our children. I understand their goal and their purpose in robbing the innocence of our children.”

Christopher said he was willing to take his fight all the way to the Supreme Court.

We met Blackberri and Christopher in Houston where they discussed their positions on the program. While the conversation itself is a very important part of An Imperfect Union, the community project the two people always do, is just as critical. It often benefits local charities, or community organizations. This time, the two wrote well wishes in books that will be donated to children at local hospitals.

“So, what makes you so interested in our children during the daytime when at nighttime you're an adult entertainer?” asked Christopher when he and Blackberri sat down to talk.

“Well, I don't just entertain adults at night. I also work a lot in the daytime,” Blackberri said. “I do a lot of work with queer kids around the city. And I like to help our community, make everyone more accepting of different lifestyles.”

"Like what is it that you want to show exactly?" asked Christopher.

"I want inspire kids that are just like me when I was growing up in a small Louisiana town that you can be a gay black kid. You can do whatever you want to do,” Blackberri said.

“You’re promoting secular humanism, which is a religion,” Christopher told her.

An Imperfect Union brings together two people on opposite sides of an issue to work on a project in their community. Watch full episodes on Facebook Watch every Wednesday at 8 p.m. ET/5 p.m. PT.