A 16-year-old's adventure buddy, Niko, was hit by a car while camping and darted off into the woods. 31 days later he was able to return to his family. 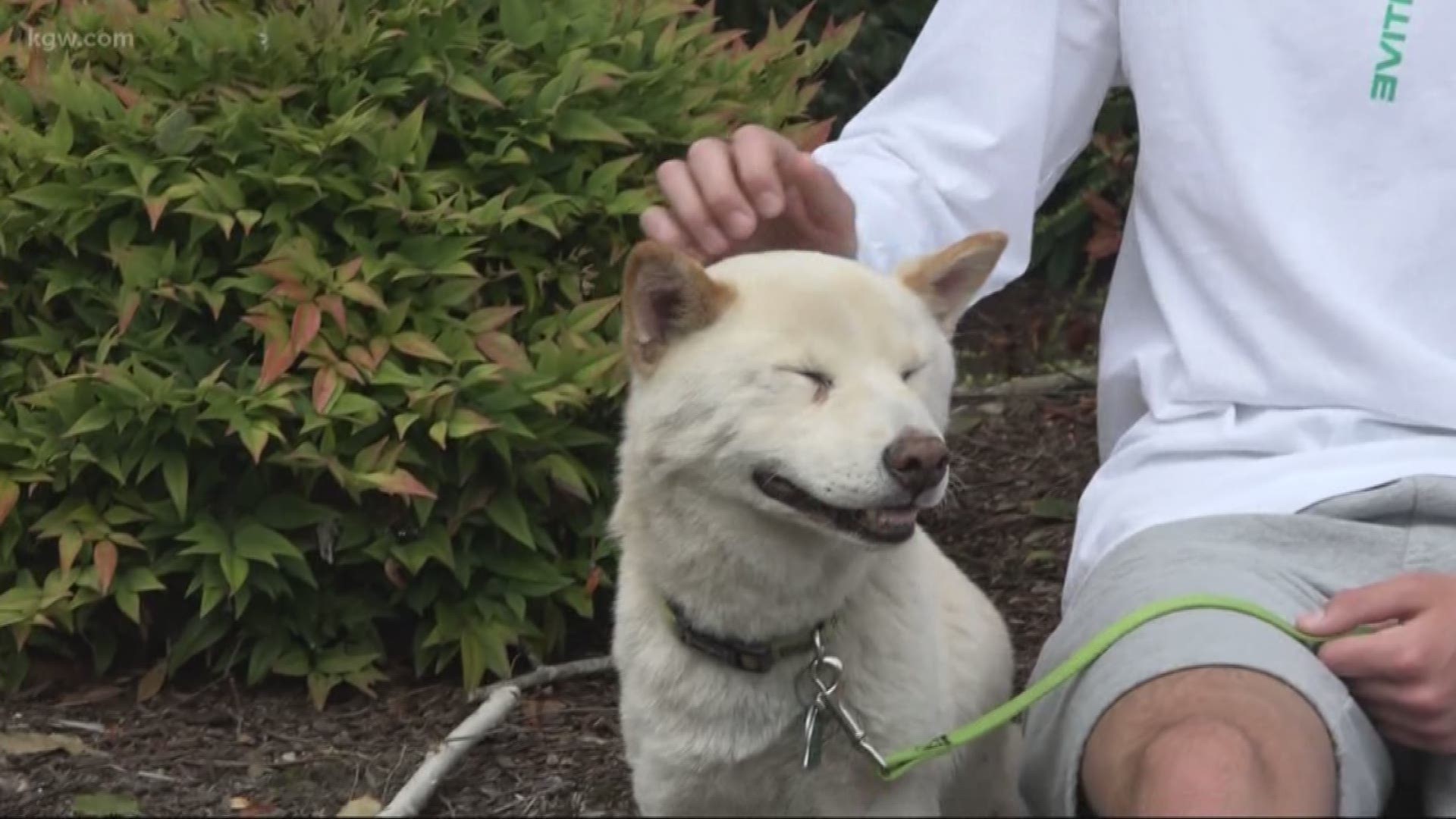 VANCOUVER, Wash. — Niko, a Vancouver family's dog, survived 31 days in the wilderness, after getting hit by a car.

“He's always fun to have around,” Caden explained. “He's right there at your side walking around and yeah, he's just awesome.”

On July 26, Niko went camping with Caden's father, David Alt, in the Gifford Pinchot National Forest. Later that night, Niko wandered over to the road and got hit by a car. David ran from the campsite just in time to see Niko sprint off into the woods.

“A lady jumped out of the car immediately and said I don't know how he could've survived that,” David alt explained.

David searched all night, but could not find Niko. He said it was devastating.

For the next 31 days, he and Caden spent as much time as they could going back to look.

“Every weekend we went up there, we searched, that was pretty hard, coming back every day not finding anything,” Caden recalled.

Then this Sunday, they got a call from two guys who had seen a post about Niko on Facebook and spotted him about 100 yards from where he disappeared.

The Good Samaritans canceled their own trip and drove Niko straight to Vancouver.

“So, yeah, my son and I were just crying, it was, it was unbelievable, yeah, and then of course when we're in the driveway and they bring him up, Caden and I are crying, those two grown men are crying, four guys crying, it was great,” David said.

Niko lost about 15 pounds but is otherwise doing well.

“Skin and bones and one eye shut, he had lost 30% of his body weight, but he immediately was eating and drinking,” David said.

Niko seemed pretty happy to be back by Caden’s side.

“It's been amazing,” Caden said. “I'm so glad to have him back. He's not like perfect, energetic back up to himself, but he's getting there, better every day. He's just as cute as ever, the house is filled again.”

So what did Niko do for 31 days alone in the woods?

“As far as trying to recap, only Niko knows the story right, too bad he couldn't tell it,” David said.

During the month Niko was missing, David and Caden said they got a lot of support from people on social media, as well as a lot tips that helped with the search. They said they are so thankful for everyone who kept them going.