Notorious was a participant in the Bloomsdog race, who finished the 7.46-mile race with ease. 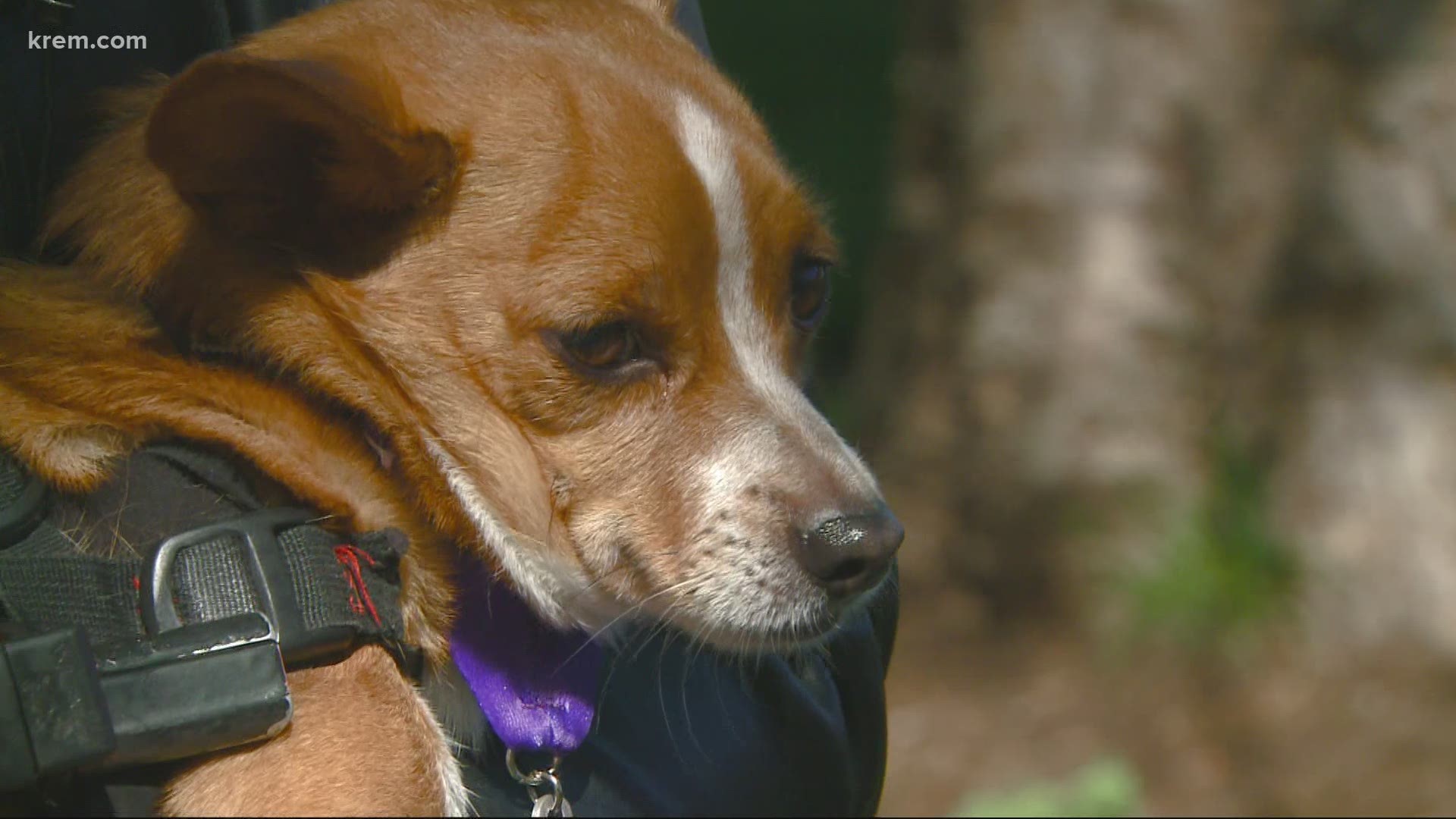 SPOKANE, Wash. — With Bloomsday Worldwide being virtual, it offered the opportunity for anyone no matter their age, experience or abilities to become a Bloomie.

In the 45th anniversary of the race a special category of participants was added called Bloomsdog.

It gives dogs the opportunity to participate in the race and receive a finisher medal and participation bib.

This year Cheyeanne Murphy and her dog Notorious were able to complete their first Bloomsday race.

Notorious is a differently-abled dog. She has two wheels to help her move around, but she doesn’t let anything stop her. Notorious does not do well in crowds, so the virtual race was the perfect opportunity.

In Notorious' first Bloomsday she was able to complete the race without stopping. To Murphy completing Bloomsday with Notorious was a big milestone.

“When I got her we could only go a block and so this has been years in the making and getting her confidence up and it was one of the best days,” Murphy said.  “I think dogs have a stronger will. They just don’t know limitations and they don’t get in their own way.”

When Murphy first signed up for the virtual race she signed Notorious up as a human.

Then Bloomsdog was introduced and Notorious was entered as a pup. Notorious is a prime example of making the best of everything.

Bloomsday registration is open through Sunday. To register visit https://www.bloomsdayrun.org.