Moose that gained attention for Pullman sightings captured and relocated

The moose has become a regular to Pullman neighborhoods over the past several days was safely captured and relocated.

PULLMAN, Wash. — After days of being spotted around the college town, Pullman police successfully captured a female moose that had been visiting local neighborhoods.

In a Facebook post, police shared an update on the moose that had been seen around town. She was successfully sedated, captured and relocated with the help of the Washington Department of Fish and Wildlife.

The large animal had become a favorite sighting for college students at Washington State University (WSU).

Last week, patrol officers with the Pullman Police Department had to block off roads on the North East hill when over 100 people chased a very similar looking moose by foot and with their cars.

The Barstool Wazzu Instagram account, which is not affiliated with the university, posted several videos of people following the moose.

Pullman police reminded people in their post that they need to respect local wildlife by providing animals with plenty of space, and warned against chasing or approaching animals.

This isn't the first time a moose was spotted in the Palouse last week. Pullman police said on Saturday, Sept. 11 that a moose made its way to the NW hill, adding that authorities would continue to monitor its travels within the city limits. 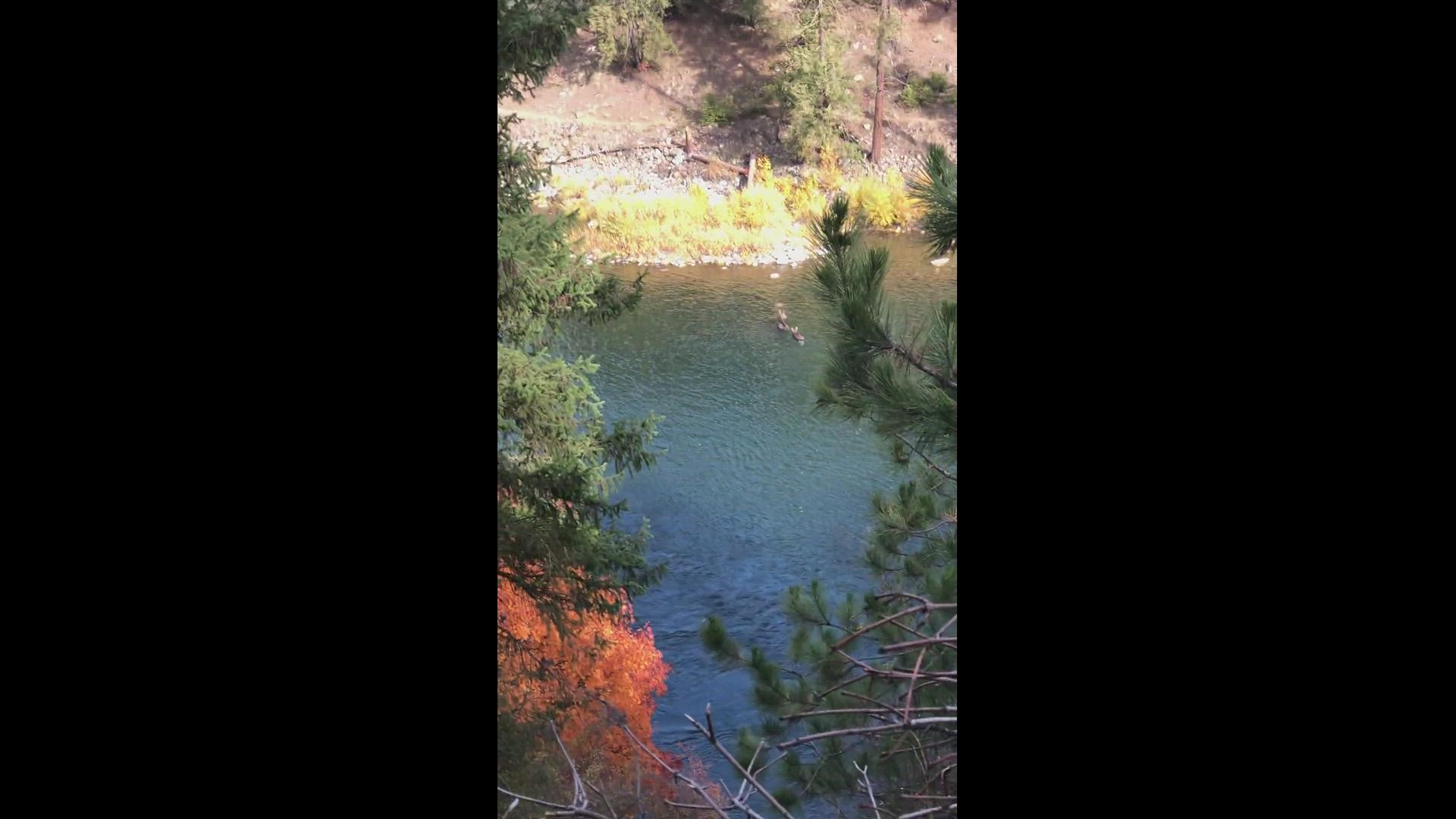