People are thanking the fire crew that rescued the owl after a Facebook video went viral. 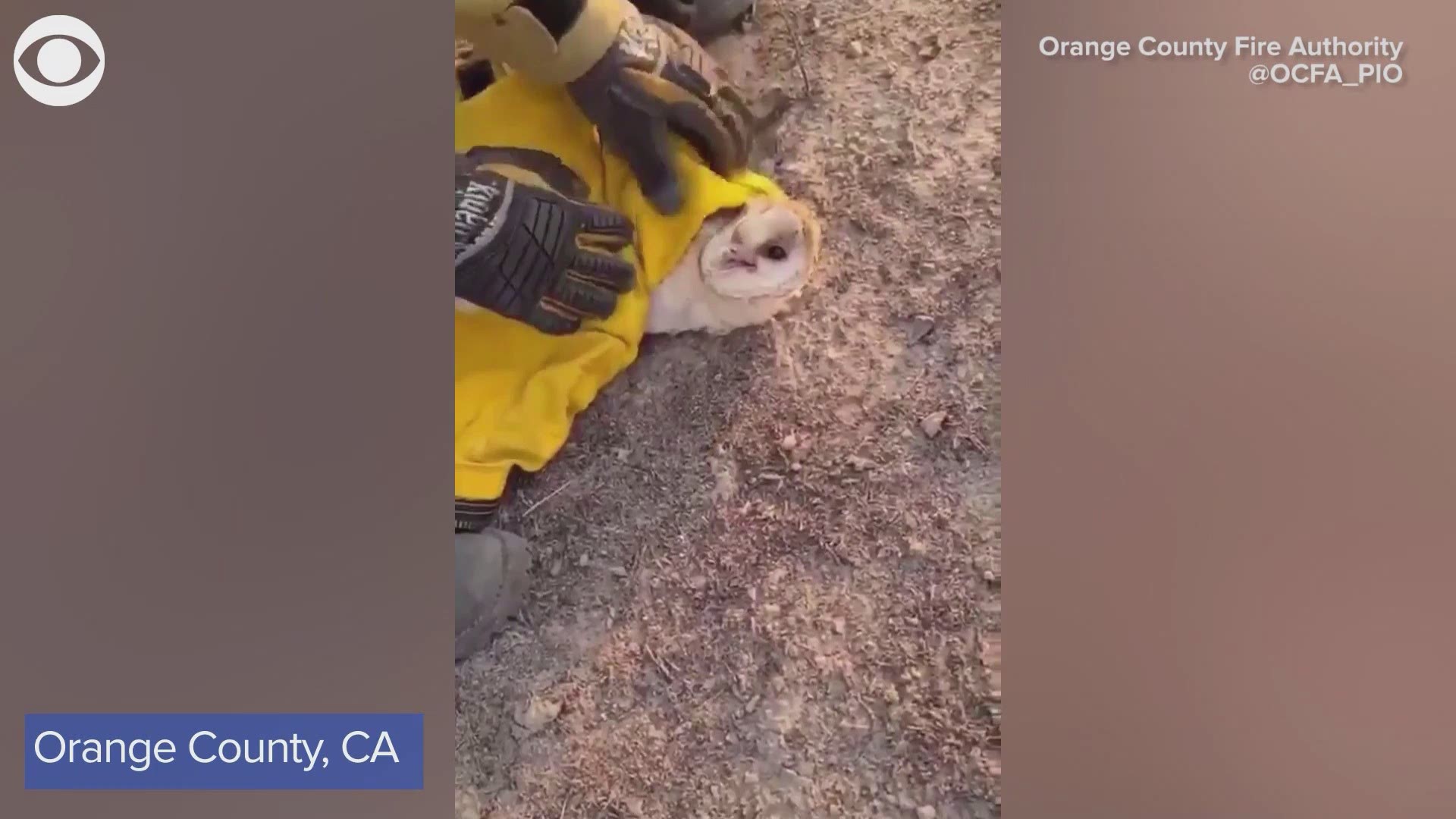 ORANGE COUNTY, Calif. — People in the path of the wildfires raging across California need help. But we can't forget about the animals whose habitats are threatened.

The Orange County Fire Authority says one of its crews found a barn owl in danger from the Silverado Fire and jumped into action. They quickly pulled the owl from the flames and started treatment. Video posted to Facebook shows firefighters wrapping up the owl, then sitting with it in their truck as they called for animal control.

The owl appears calm in the video, and the visible parts of the bird don't look injured. OCFA says the owl is now "safe and sound" in animal control custody.

There is no official count of how many animals have been killed, injured or rescued from California's wildfires. But animal rights group PETA says they include foxes, rabbits, deer and many more in addition to birds such as owls. Furthermore, CBS News reports at least 35 people have died in wildfires across several West Coast states this year.

The Silverado Fire, from which the barn owl was rescued, started near Irvine on October 26. Cal Fire lifted all warnings from this fire, but it destroyed five buildings and damaged nine more. Overall, wildfires in California have burned more than 1.2 million acres so far in 2020.