Neighbors have stepped up to feed and care for cats living in the abandoned home, but the new owner is planning to demolish it in October. 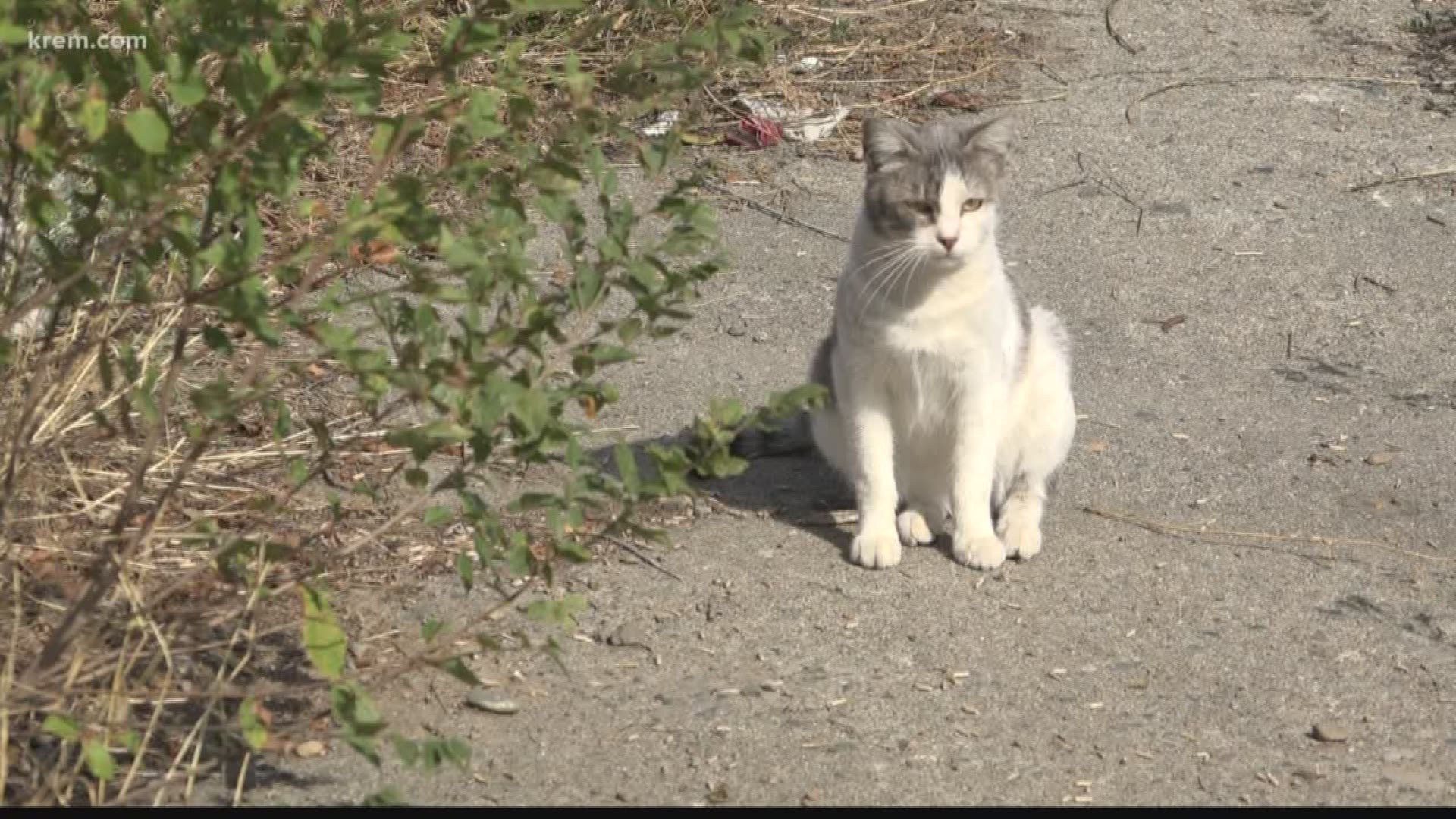 SPOKANE, Wash. — An East Central building's pending demolition has neighbors concerned about the fate of the dozens of feral cats that call it home.

Spokanimal had been working with the previous owner of the house to control the cat population but it was slow going. Executive Director Dori Peck said the problem has been ongoing because the cats reproduce just as fast as the shelters can take them in.

Several realty sites reported that as of the beginning of September, the house was sold. Since then, neighbors have stepped up to feed and care for the cats but the new owner is planning on demolishing the building.

"I'll cry when the house gets demolished," said Brionah Knope, a neighbor who feeds the cats every day.

Knope and other neighbors were scrambling to save the animals because word on the street was the new owner planned to demolish the house on Tuesday.

KREM 2 confirmed with the city that the the new owner did put in a permit request to have the house demolished, but the demolition company listed to do the work said they are not tearing down the building this week. Rob's Demolition said they are planning on tearing it down at some point this month, but they have not set a specific date yet.

For now, that gives local shelters more time to trap the cats.

"I'm going to try my hardest to get every single cat, but I know it's not going to be able to happen like that," Knope said.

But trapping cats is not an easy task. Peck said it can take up to several months to get all of them trapped properly.

"They don't necessarily just want to go in the traps and some of them are very smart," she said.

According to Murci's Mission Facebook page, they set several traps for the cats. After one weekend of trapping, the rescue was able to trap 36 of them.

Once trapped, local shelters will treat the cats for illnesses, give them shots and fix them. The young kittens can be tamed to be put up for adoption and the older cats can be put into programs like Spokanimal's barn cat program.